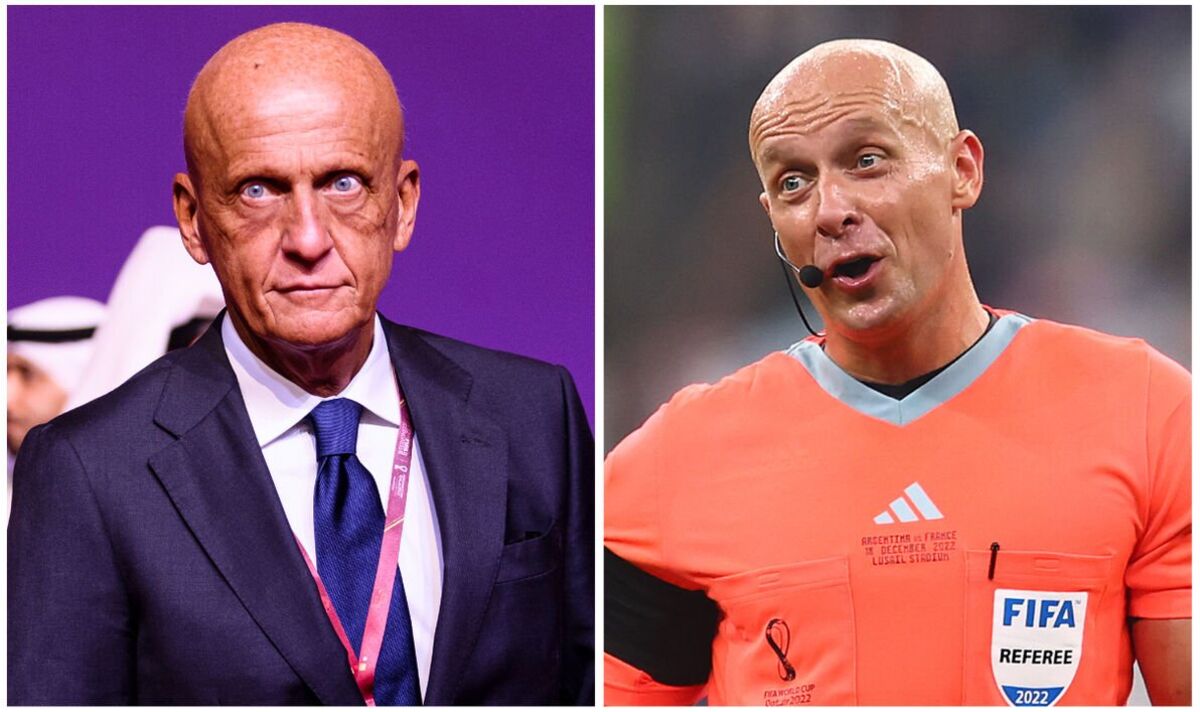 World Cup final referee Szymon Marciniak has detailed a heart-warming interaction between himself and legendary official Pierluigi Collina after Argentina’s penalty-shootout victory over France. The Pole’s performance drew praise after a breathless showdown in Qatar, which has gone down as certainly one of the best football matches of all time.

Marciniak’s selection to referee the World Cup final made him the primary from his nation to achieve this, joined by assistants Pawel Sokolnicki and Tomasz Listkiewicz. He had already taken charge of France’s group-stage win over Denmark and Argentina’s last-16 overcome Australia while in Qatar, in addition to taking charge of matches at Euro 2016 and the Russia World Cup two years later.

With emotions high and two heavyweight teams fighting tooth and nail to get their hands on the highest prize at Lusail Stadium, Marciniak was judged to have done a stellar job officiating the ultimate.

Despite a hat-trick from Kylian Mbappe and a brace from Lionel Messi, there was still room for the 41-year-old within the headlines for keeping the sport under control and making some impressive calls. Essentially the most eye-catching of all was the choice to book France’s Marcus Thuram for a dive that looked like a penalty until slow-motion replays revealed otherwise.

The type words from Collina come as high praise indeed, with the Italian named the ‘World’s Best Referee’ a surprising six times in a row between 1998 and 2003. Marciniak’s no-nonsense approach got here across within the Qatar showpiece last weekend and he was similarly daring during a recent press conference.

Amid claims from the French camp that he must have chalked off Messi’s extra-time strike because of Argentina players prematurely flooding onto the pitch, he smugly identified that Les Bleus’ stars did the exact same thing when Mbappe netted earlier within the match.