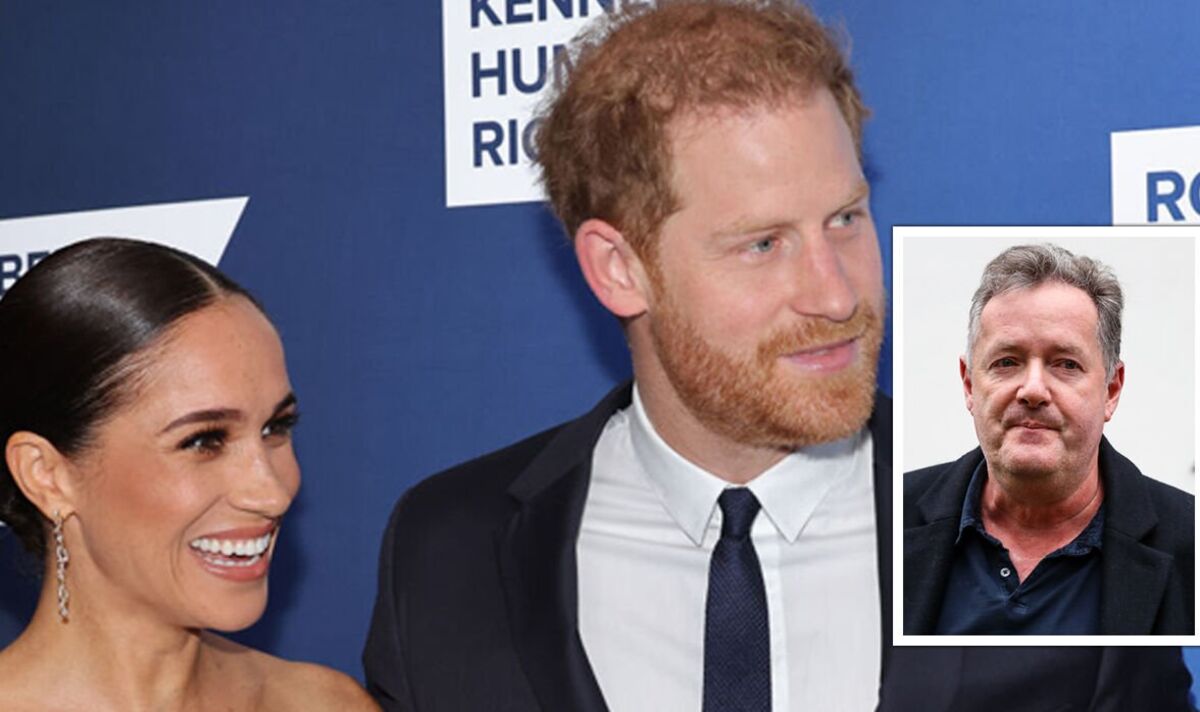 The Duke and Duchess of Sussex will see their second collaboration with Netflix drop later this month. The docuseries, called ‘Live to Lead’, will probably be released on Recent 12 months’s Eve, with Prince Harry and Meghan Markle acting as executive producers on the project.

The docuseries will see various leaders and activists “reflect on their legacies and share messages of courage, compassion, humility [and] hope”.

Within the trailer’s opening, Harry began: “This was inspired by Nelson Mandela, who once said, ‘What counts in life isn’t the mere incontrovertible fact that we now have lived…’

Meghan is available in and finishes the quote, adding: “‘It is the mere difference we now have made to the lifetime of others.'”

Piers has shared his fury over the Sussexes latest Netflix teaser which also featured a cameo from activist Greta Thunberg.

The TalkTV host retweeted the video, in view of his 8.3 million followers, because the caption read: “The Duke and Duchess of Sussex will present a recent Netflix documentary series inspired by Nelson Mandela, the streaming service has announced.”

Piers hit out: “Comparing themselves to Mandela is so horribly insulting & disrespectful. He was incarcerated in a 6×6 cell for 27yrs, they were incarcerated in palatial royal homes for 18 months.”

Elle tweeted: “Yeah this series is about world leaders who’re known for actually doing good on the planet.”

While social media user MSM Watchdog shared an article of Piers comparing himself to the late South African president.

In April, Piers had previously compared himself to Mandela, claiming his yr away from TV presenting and his battle for “free speech” is analogous to the previous South African leader’s struggle against apartheid.

His comments got here after he stormed off the set of Good Morning Britain during a debate about Meghan and subsequently left his role months before he launched Uncensored on TalkTV.

Speaking before the launch of his recent show, he said: “I feel like Nelson Mandela when he got here out of prison. It’s just like the long walk to free speech freedom.”

Meanwhile, the Live to Lead trailer tells of how the show was inspired by former South African President Nelson Mandela.

The Netflix teaser also features footage of a speech given by climate activist Greta, through which she tells the audience: “The eyes of all future generations are upon you.”