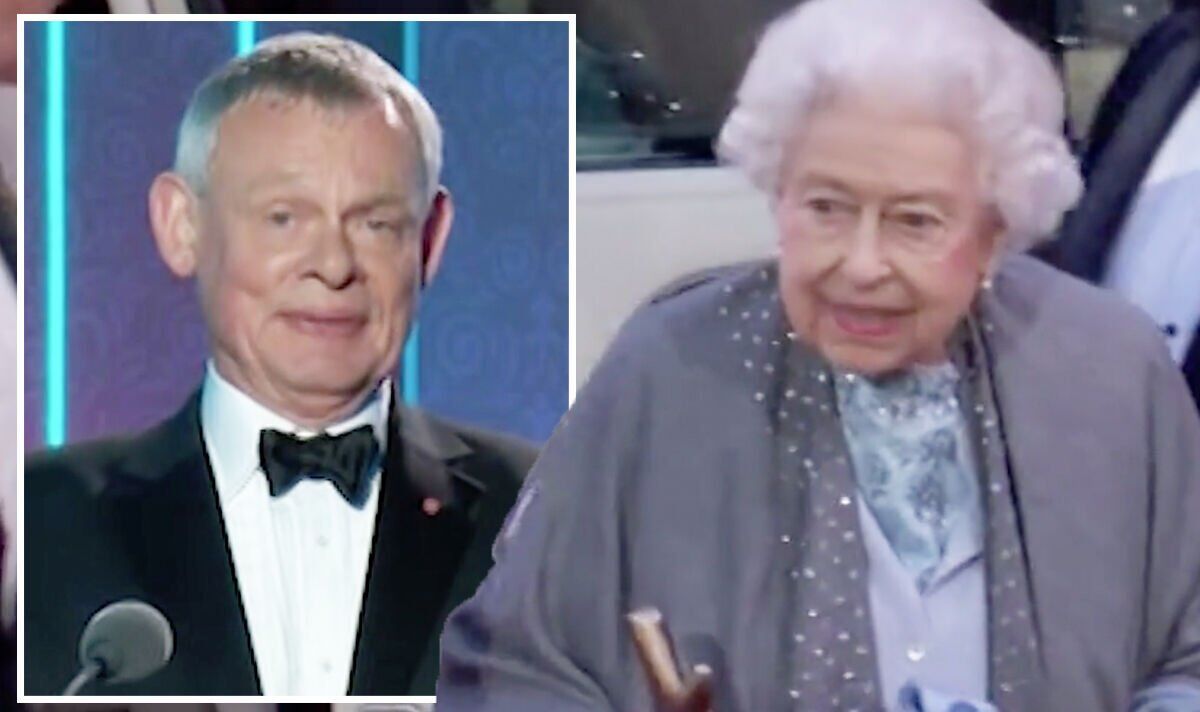 The 96-year-old was greeted with a standing ovation as she arrived within the castle arena on the Royal Windsor Horse Show. Phillip Schofield and Julie Etchingham were the 2 ITV stars tasked with fronting the coverage which involved every part from jaw-dropping equestrian acts to a moving monologue from Helen Mirren. Nevertheless, a series of tech mishaps and frequent advert breaks led to many viewers pleading with the BBC to air the coverage as a substitute.

ITV’s offering, as with every show it airs, was affected by industrial breaks which many felt distracted from the flow of the celebrations.

But one blunder which left fans lower than impressed was when Doc Martin star Martin Clunes took to the stage.

The actor said to those in attendance: “Our diplomatic missionary and military organisations spend centuries discovering, exploring and creating trading partners which have stood the test of time.

“Who involved Tom Cruise? And @Schofe talking over every part. Bring back Huw Edwards.”

Andy B pulled no punches with their take: “If anyone desires to know why this country needs the @bbc you only must see this debacle that @itv have thrown together tonight. #FFS #platinumjubilee #itv #bbc.”

Tanya quipped: “Martin Clunes was just named as Damien Lewis? All OBEs look the identical to Her Majesty #PlatinumJubilee.”

Referring to the Martin moment, particularly, Joe tweeted: “This genuinely was probably the most ITV moment in history.

“Win the bid to cover the Queen’s #PlatinumJubilee celebration over the BBC & then show everyone why they shouldn’t watch you in times of national importance: Philip Schofield doing a Top Gun junket interview with Cruise was.”

And Rose concurred: “Since when did Martin Clunes change his name. That is dreadful #PlatinumJubilee #itv #shouldofbeentheBBC.” (sic)

The Queen’s Platinum Jubilee Celebration is offered to stream on ITV Hub now.