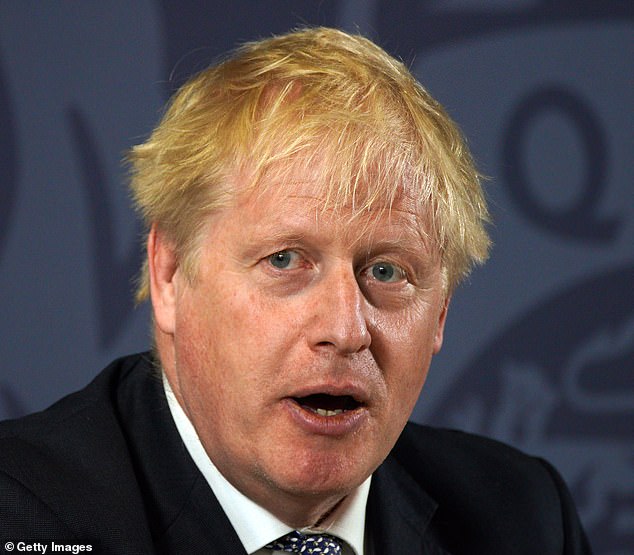 Ministers must take a stand on whether Chinese corporations must be allowed to snap up British tech firms, influential think-tank urges

By Lucy White For The Day by day Mail

Ministers must take a stand on whether Chinese corporations must be allowed to snap up British tech firms, an influential think-tank has urged.

Decision time: The Policy Exchange said Boris Johnson must urgently set out the role that China-backed firms can play in industries vital to national security

NWF makes high-tech computer chips, utilized in products for corporations including Dyson and Bosch. It’s one in every of the few British firms within the industry.

But NWF has attracted attention after lockdowns in China caused a worldwide shortage of computer chips.

Tory MP Tom Tugendhat, chairman of Parliament’s foreign affairs committee, has said it’s ‘absolutely baffling’ that the sale of NWF has not yet been blocked on national security grounds.

In today’s report, Owen concluded that there was little point investing heavily to make the chip industry self-sufficient. But he said there have been security concerns over allowing the UK’s mental property to be scooped up by a potentially ‘hostile power’.

Owen said: ‘Semiconductors will play an increasingly vital role, not only as an integral part for other industries but additionally as a driver of progress in emerging technologies; additionally they make a vital contribution to national security.’

Chips have many uses within the military, he said, and can turn out to be integral to businesses. There have been also several convincing reasons to dam the NWF takeover, Owen added.

He said Chinese ownership of Britain’s two principal chip-making plants in Newport and Manchester could make the country ‘a less trusted partner within the eyes of key countries’.

And ‘the defence-related technologies on which NWF has been working will pass into the hands of a hostile power’.

Nexperia’s backer Wingtech could also shut down NWF’s UK manufacturing and shift it to Shanghai, he added.

Owen said: ‘The Government should construct on the industry’s strengths, encourage latest entrants and help them to scale up.’