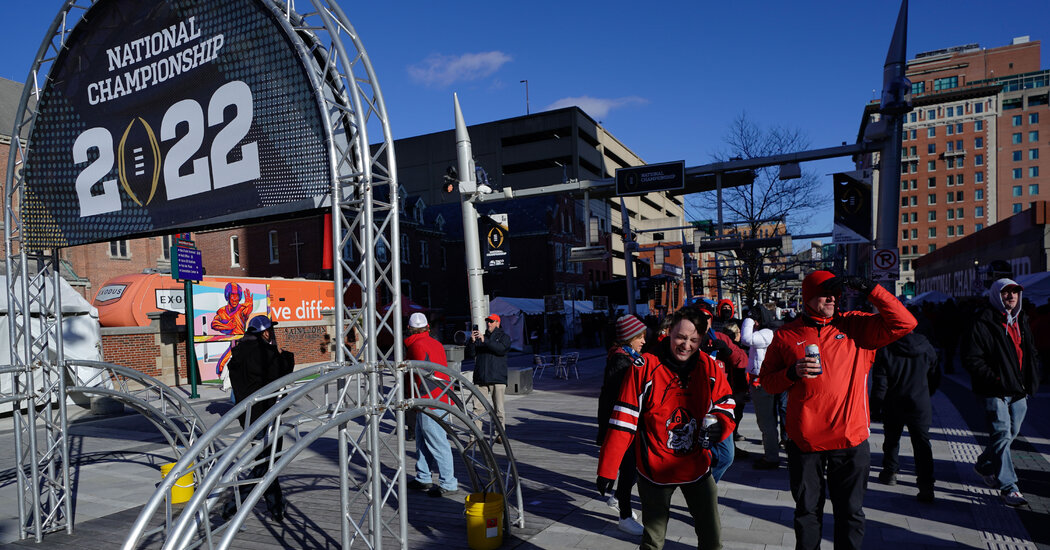 The objections centered around several subjects. One was the dimensions of the playoff field; Phillips, for instance, said recently he would only support an expansion to eight teams, and he was not in favor of any alterations until the N.C.A.A. finishes rewriting its structure, which could occur next week. Other worries were related to what number of berths could be guaranteed and what would occur to existing bowls.

In an announcement on Monday evening, the Pac-12 said it backed the six “most-discussed” formats, including a system wherein the 12 highest-ranked teams would earn playoff slots and one other that might award bids to the Power 5 champions, the highest Group of 5 champion and 6 at-large teams. The league also said it was open to proposals for an eight-team format, like one that might include the eight highest-ranked teams.

But there may be entrenched opposition to an eight-team approach.

“It is evident not one of the six most-discussed expansion models has unanimous consent, with most having considerable opposition, and each conference aside from the Pac-12 has indicated that they’d be against at the very least one among the proposed models,” the Pac-12 said.

Sankey, who spoke with reporters greater than an hour after Monday’s final meeting broke up, said he found it perturbing that some conferences that beat the drum to expand three years ago were now objecting to a proposal to just do that.

“I genuinely never assumed this could just be a rubber stamp, but I also know that when issues are identified, there needs to be a resolve to work to solutions and there must be solutions identified,” said Sankey, who wouldn’t discover which commissioners he was speaking about.

Any optimism for change was built around the large financial windfall that a bigger tournament would deliver to the leagues. There are also substantial frustrations with the present system, which debuted within the 2014 season and replaced the Bowl Championship Series.