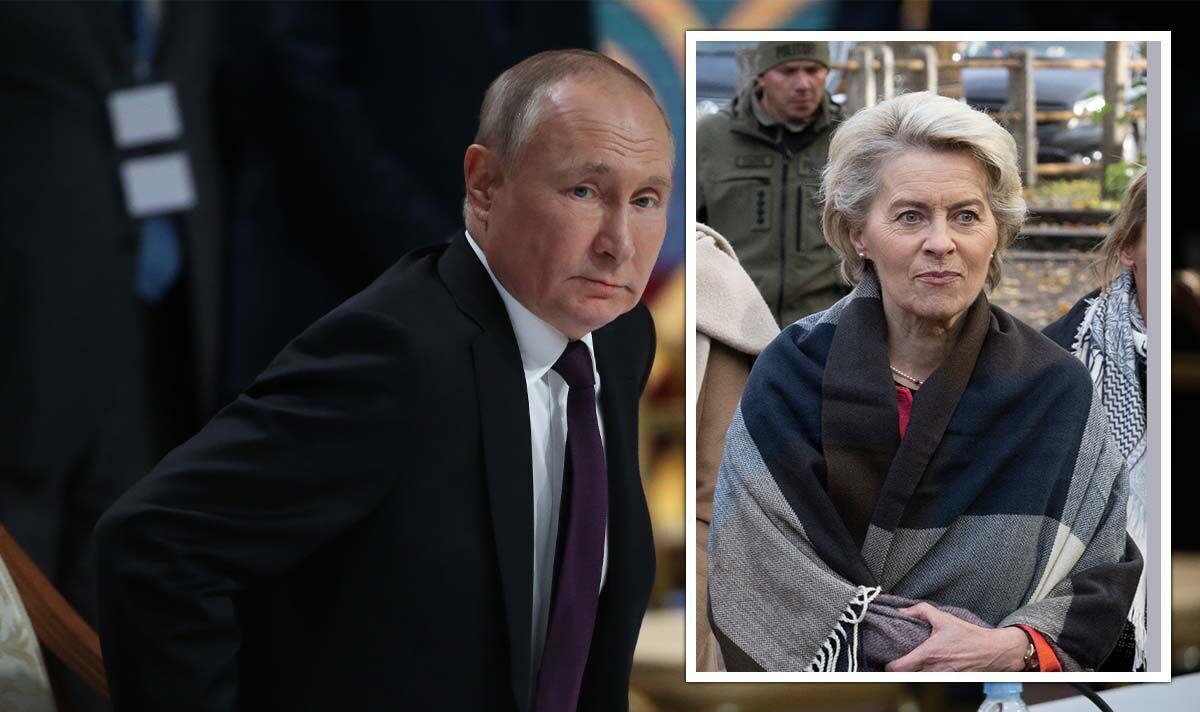 Russia’s state-backed energy giant Gazprom has warned that any plans to impose a price on Russian gas exports, echoing an identical threat made by Russian President Vladimir Putin earlier this 12 months. This renewed threat to freeze Europe comes as draft proposals show that the European Commission is ready to introduce a last-resort “dynamic” price cap for natural gas, in a bid to chop slash energy bills. Over the past 12 months, Russia has been squeezing gas supplies flowing to Europe, in retaliation to Western sanctions over its invasion of Ukraine. This has sent wholesale prices of gas to record levels, as countries scramble to shore up their gas supplies.

On Sunday, Gazprom’s CEO Alexei Miller said that the energy behemoth would consider a price cap as a violation of existing contracts, and would end supplies flowing into Europe.

He told state television: “Such a one-sided decision is in fact a violation of existing contracts, which might result in a termination of supplies.”

This echoes an identical threat made by Putin last month, who said: “Will there be any political decisions that contradict the contracts? Yes, we just won’t fulfil them. We won’t supply anything in any respect if it contradicts our interests.

“We won’t supply gas, oil, coal, heating oil — we won’t supply anything. We might only have one thing left to do: as within the famous Russian fairy tale, we might let the wolf’s tail freeze.”

“Those that are attempting to impose something on us are in no position today to dictate their will. They need to come to their senses.”

Such a move could be devastating for the worldwide economy, sending gas prices even higher, as Russia is the world’s second-largest oil exporter after Saudi Arabia and the world’s top natural gas exporter.

In accordance with draft proposals, the European Commission is ready to introduce plans to impose mandatory limits on the degree to which energy traded prices can fluctuate in a single day.

Nevertheless, such plans could also be difficult to implement as they will have to be agreed upon by EU governments, a lot of whom are heavily depending on Russian gas, and would fear an entire cut-off.

In accordance with this plan, the European Agency for Cooperation of Energy Regulators (ACER) could be answerable for producing a price benchmark by March 23 for liquefied natural gas because the EU is ramping up its exports from other suppliers.

The EU executive would “as a final resort” propose establishing a market “dynamic” price under which natural gas transactions can happen within the Dutch TTF spot market under specific conditions.

The draft noted that such measures shouldn’t affect the safety of energy supply, nor should it result in a rise in gas consumption, nor affect the orderly functioning of energy derivative markets.

This proposal is way lower than the bloc-wide gas price cap that was called for by 15 EU countries, by opposed by others akin to Germany, Austria and the Netherlands, who argue that such caps could lead on to a gas shortage and fail to incentivise energy saving.

Georg Zachmann, an energy expert at think tank Bruegel said: “In consequence of falling gas prices, this proposal shows that the appetite for ambitious reform, akin to a price cap, is fading.”

A lack of Russian gas would deal a devastating blow to the worldwide economy, because the International Energy Agency has already warned that the world within the brink of recession following OPEC’s move to chop oil production.

They wrote: “The Opec+ bloc’s plan to sharply curtail oil supplies to the market has derailed the expansion trajectory of oil supply through the rest of this 12 months and next, with the resulting higher price levels exacerbating market volatility and heightening energy security concerns.

“With unrelenting inflationary pressures and rate of interest hikes taking their toll, higher oil prices may prove the tipping point for a worldwide economy already getting ready to recession.”