Putin wouldn’t have invaded Ukraine if Tory 1922 committee was ‘on his case’, claims Boris Johnson 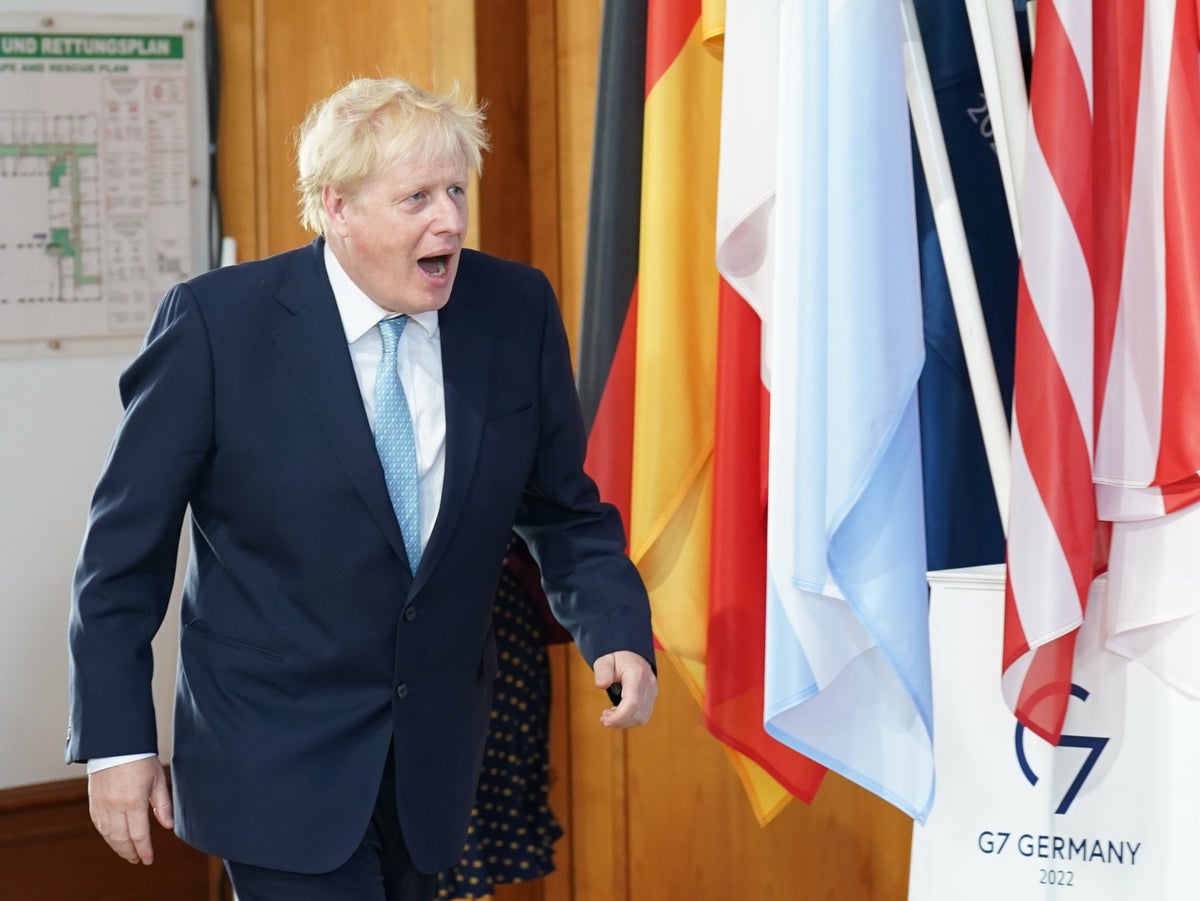 Boris Johnson has suggested that Vladimir Putin would haven’t invaded Ukraine earlier this yr if he had the 1922 Committee of Conservative backbenchers “on his case”.

Speaking on the G7 summit, the prime minister boasted to CNN that he had “a latest mandate for my party” after squeaking through the recent confidence vote arranged by the powerful Tory committee.

The PM added: “Do you actually think that Vladimir Putin would have launched an invasion of one other sovereign country if he’d had people to hearken to properly … arguing, if he’d had a committee of backbenchers, the 1922 Committee, on his case?”

It comes as Scottish Tory leader Douglas Ross said the 1922 Committee rules shouldn’t be modified to permit a second confidence vote against Mr Johnson inside 12 months – despite his own calls for the PM to resign.

Current rules state that confidence votes can only be held annually. But Tory MP Andrew Bridgen has outlined plans to face for the 1922 Committee’s executive role on a manifesto pledge to alter the principles.

He added: “I personally don’t think we should always change the principles midway through a process. I feel that’s the incorrect strategy to do it.”

Senior Tory MP Tim Loughton said on Sunday that ministers who oppose Mr Johnson must have the courage to resign, a senior Tory MP says – arguing that might provide the “momentum” to force him from power.

Meanwhile, Mr Johnson also claimed that the UK would haven’t been in a position to be on the forefront of providing support for Ukraine if it was still within the EU.

Asked if the UK was higher off after Brexit, the PM told CNN “it’s [better off]”, before mentioning Britain’s Covid vaccine response and its ability to strike latest trade deals.

The PM added: “We’re in a position to change a few of our regulations to take back control of our borders. We are not any longer spending shedloads of cash on projects that we couldn’t control. And that was a great decision.”

Mr Johnson went on: “I don’t think that the UK throughout the European Union… I don’t think that we might have been out in front, as the primary European country to arm the Ukrainians, to offer them the wherewithal to guard themselves.”