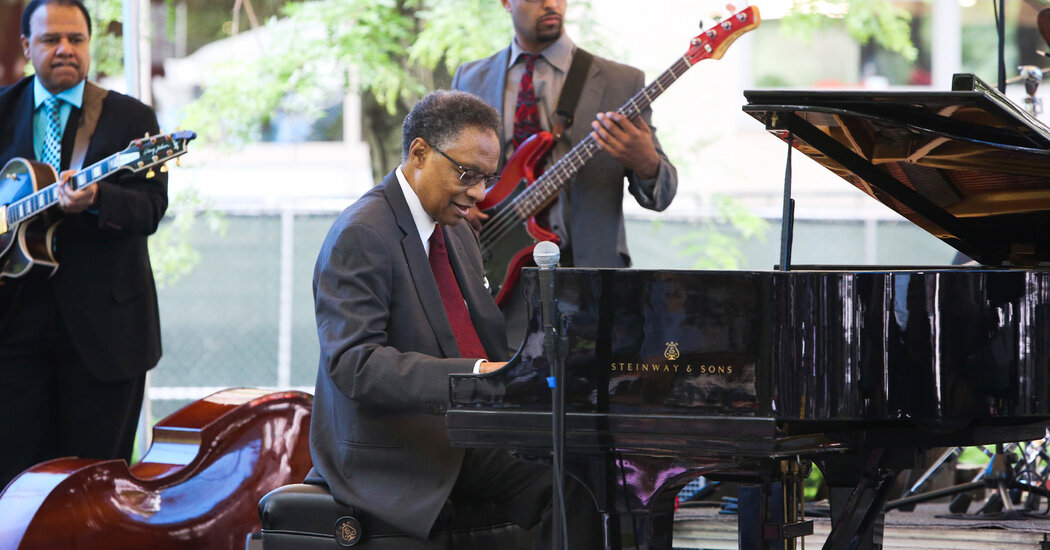 Ramsey Lewis, a jazz pianist who unexpectedly became a pop star when his recording of “The ‘In’ Crowd” reached the Top 10 in 1965 and who remained musically energetic for greater than a half century after that, died on Monday at his home in Chicago. He was 87.

His death was announced by his wife, Janet Lewis. No cause was given.

Mr. Lewis, who had been leading his own group since 1956, had recorded with the revered drummer Max Roach and was well-known in jazz circles but little known elsewhere when he and his trio (Red Holt on bass and Eldee Young on drums) recorded a live album on the Bohemian Caverns in Washington in May 1965. The album included a version of “The ‘In’ Crowd,” which had been a success for the R&B singer Dobie Gray just a couple of months earlier, and which was released as a single.

Instrumental records were a rarity on the pop charts on the time, jazz records much more so. However the infectious groove, Mr. Lewis’s bluesy piano work and the ecstatic crowd response helped make the Ramsey Lewis Trio’s rendition of “The ‘In’ Crowd” a staple on radio stations and jukeboxes across the country. It will definitely reached No. 5 on the Billboard Hot 100 — eight points higher than the Dobie Gray original had reached.

Two more singles in an identical vein quickly followed: covers of “Hang On Sloopy,” which had been a No. 1 hit for the McCoys in 1965, and the Beatles’ “A Hard Day’s Night.” Each “The ‘In’ Crowd” and “Hang On Sloopy” won Grammy Awards.

After Mr. Holt and Mr. Young left to form their very own group, Mr. Lewis formed a latest trio with Cleveland Eaton on bass and Maurice White, later a founding father of Earth, Wind & Fire, on drums. That group had a Top 40 hit in 1966 with a version of the spiritual “Wade within the Water.”

Within the Nineties, Mr. Lewis hosted a syndicated weekly radio program, “Legends of Jazz.” In 2006 he hosted a public radio series of the identical name, which featured live performances by Dave Brubeck, Chick Corea, Tony Bennett and others.