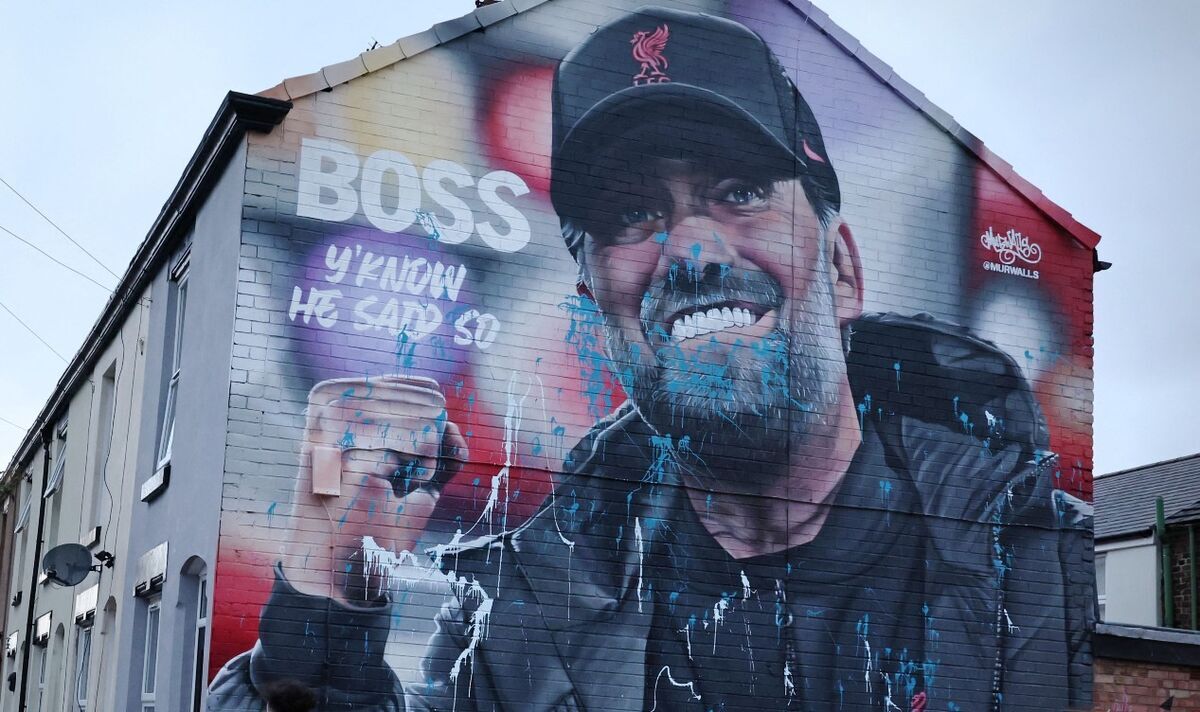 Various murals in Liverpool were defaced before the Reds kicked off against Rangers of their Champions League group stage encounter on Tuesday night. The fixture represented the primary competitive meeting between the 2 clubs and passions were expected to run high, with a big away following having travelled to town from Glasgow to attend the match at Anfield.

There have been some unsavoury scenes prior to kick-off, though, because it emerged that the murals of Jurgen Klopp, Trent Alexander-Arnold and Jordan Henderson had been vandalised with blue and white paint. Merseyside Police quickly issued a press release to substantiate they will probably be investigating the ‘unsavoury graffiti’ before asking individuals who could have seen the murals being defaced to come back forward.

“We are able to confirm we’re investigating offensive graffiti in Anfield and three murals that were damaged in the world,” said a police spokesperson.

“The report of the offensive graffiti was received at around 9am today, Tuesday 4 October on Randolph Street prior to the Liverpool v Rangers FC game this evening.

JUST IN: Man Utd resolve stance on Ronaldo exit as a result of Rashford and Martial

“Merseyside Police won’t tolerate any type of offensive graffiti or vandalism and is working to discover and produce to justice anyone found liable for committing these crimes. Officers are liaising with Liverpool Football club to acquire CCTV footage and discover any possible suspects.

The three murals were created by MurWalls, who’ve been forced to remove graffiti from the works on a handful of previous occasions. They were last defaced before the Merseyside derby between Liverpool and Everton at the start of September, with the 2 clubs releasing a joint statement to deal with the matter on the time after it was reported that offensive language had been scrawled on the murals around town.

“Each Everton and Liverpool Football Clubs jointly condemn the defacing of buildings and murals ahead of the Merseyside derby,” the statement read.

“Racist and offensive graffiti has been daubed across multiple sites in north Liverpool this morning around Anfield and Goodison. Each clubs will work along with Merseyside Police and can support the investigation find those responsible. Hate has no place in football.”