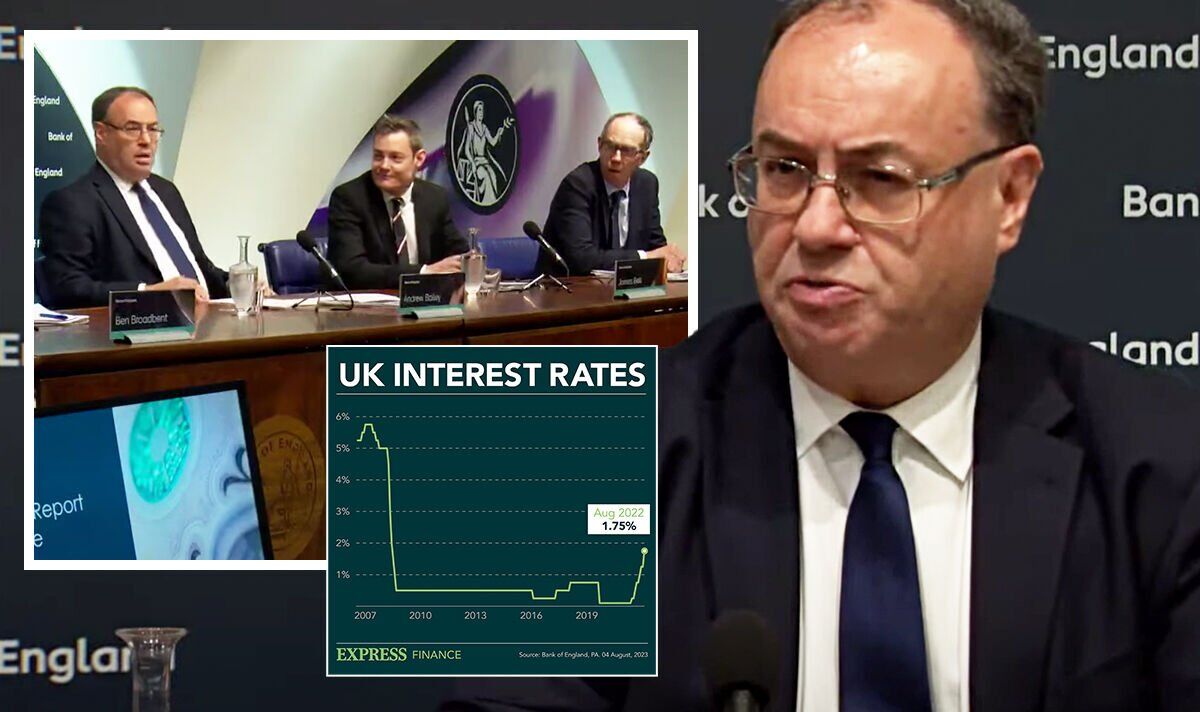 Laura Suter, head of private finance at AJ Bell, explained: “With the leap in inflation in May, better-than-expected UK growth figures and a few pretty bullish comments from a variety of the rate-setting committee, an rate of interest rise feels inevitable.

“What’s more, we’re odds-on to see the most important increase in rates of interest since 1995 because it’s widely expected that the speed setters will hike rates by 0.5 percentage points.

“The environment may be very different now, with rates in 2008 being slashed following the market crash, whereas now they’re being hiked to attempt to stem an inflation boom.

“The move by the bank will pile more misery on the 1.9 million individuals with variable rate mortgages as they battle the rising cost of living.

“Likewise, anyone in debt will see their costs rise.”