‘Renaissance’ Review: America Has a Problem and Beyoncé Ain’t It 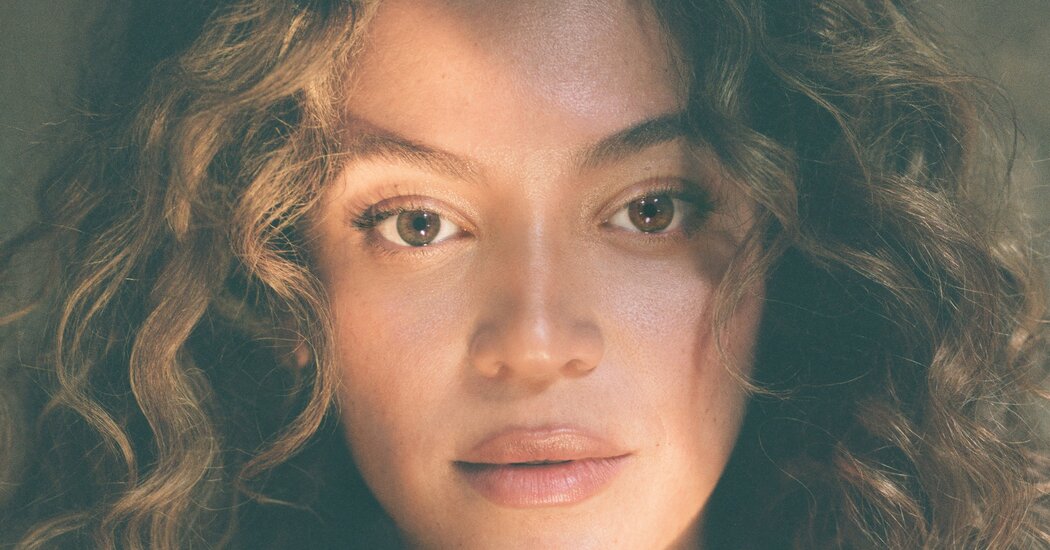 It’s an excessive amount of, this being alive. Too heavy, too uncertain, too chronically cataclysmic, too bellicose, too unwell, too freighted with a possibility of the perception of error. The word of the previous few years — in American activist and academic circles, anyway — has been “precarity.” Which gets at ideas of endangerment, neglect, contingency, risk. Mainly: We’re anxious. And: We’re anxious you’re not anxious enough. Like I said: It’s an excessive amount of.

If I were a globally famous musician whose every blink gets inspected for Meaning, now may be the time to find the way it feels to mean something else, to appear lighter, to drift, to bob, splash, writhe and grind, to sashay-shanté. To seek out “latest salvation” in constructing her “own foundation.”

Were I that musician, now may be the time to call my freestyle jam “America Has a Problem” and never say what the issue is because A) Psyche! B) What I’ma say you don’t already know? And C) The person actually performing this song knows “that booty gon’ do what it need to.” Now’s the time to work your body in lieu of losing more of your mind. “America” is one in every of the closing tracks on “Renaissance,” Beyoncé’s seventh solo studio album, the one where she surveys the stakes and concludes they’re too rattling high. Now’s the time to remind yourself — to be “telling everybody,” as she sings on the primary single, “Break My Soul” — that there’s no discourse without disco.

As expensive, production-wise, as “Renaissance” sounds (one song credits two dozen writers, including samples and interpolations), Beyoncé’s singing here transcends any price tag. The range of her voice nears the galactic; the imagination powering it qualifies as cinema. She coos, she growls, she snarls, she doubles and triples herself. Butter, mustard, foie gras, the proper ratio of icing to cupcake.

At in regards to the halfway point, something arrives called “Plastic Off the Sofa.” Now, a part of me wept because those are words she doesn’t even trouble to sing. Plastic off the sofa? Got you again! The remaining of me wept since the singing she does do — in waves of rhapsodically long, Olympic-level emissions — seems to emanate from somewhere way beyond a human throat: The ocean? The oven? But that is one in every of the few songs that sound recorded with live instruments — plinking guitar and a few pitter-pat percussion. (The musical plastic comes off the album’s sofa.) The bass line keeps swelling and curving and blooming till it outgrows its flower bed, and Beyoncé’s voice does, too. It surfs the swells. It smells the roses. “Renaissance” turns to gospel here and there — on “Church Girl,” most openly. That is the one one which seems like it was recorded in Eden.

It takes a minute for all of the rapture on “Renaissance” to kick in. First comes a mission statement (“I’m That Girl”) wherein Beyoncé warns that love is her drug. Then it’s on to “Cozy,” an in-the-making anthem about Black femmes luxuriating of their skin. This one has a bottom as heavy as a cast-iron skillet and a bounce the Richter scale couldn’t ignore. “Cozy” is about comfort but seems like an oncoming army. The primary true exhalation is “Cuff It,” a roller-skate jam held aloft by Nile Rodgers’s signature guitar flutter while a fleet of horns offer afterburn. Here, Beyoncé desires to exit and have an unprintably good time. And it’s contagious enough to overthink a throwaway line like “I wanna go missing” later, after I’m sober.

Comedy abounds. Thank the sampled contributions of Big Freedia and Ts Madison for that. “Dark skin, light skin, beige” — Madison drawls on “Cozy” — “fluorescent beige.” Thank the tabloid-TV keyboard blasts on “America Has a Problem.” But Beyoncé herself has never been funnier than she is here. The sternness she applies to the word “No” on “America” alone could be enough. But there’s her impersonation of Grace Jones’s imperiousness on “Move,” some sharp-elbowed dancehall refraction wherein the 2 of them command the plebes to “part just like the Red Sea” when the queen comes through. (Here’s me not touching who the queen is in that scenario.) Pop music has been tattooed with Jones’s influence for 45 years. That is one in every of the few mainstream acknowledgments of her bounteous musical might. There’s also Beyoncé’s vamp at the top of “Heated,” which she recites to the crack of a splayed hand fan. It’s one in every of those round-table freestyles that go down at some balls. A fraction of hers includes: “Unnncle Jonny made my dress/That low-cost spandex/She looks a large number.”

That is an album whose big idea is house. And its sense of house is gigantic. It’s mansion music. “Renaissance” is adjoining to where pop’s been: pulsing and throbbing. Its muscles are larger, its limbs flexier, its ego secure. I don’t hear marketplace concerns. Its sense of adventure is off the genre’s map, yet very much aware of each coordinate. It’s an achievement of synthesis that never sounds slavish or synthetic. These songs are testing this music, celebrating how capacious it’s, how pliable. That may be why I like “Break My Soul” a lot. It’s Track 6, nevertheless it appears like the album’s thematic spine. It’s got tenderness, resolve and concepts — Beyoncé brokering two different approaches to church.

On “Pure/Honey” Beyoncé breaks through wall after wall until she gets to the chamber that holds all of the cousins of her 2013 sizzler “Blow.” It ends along with her lilting next to a sample of the drag artist Moi Renee bellowing, “Miss Honey? Miss Honey!” And it’s as near the B-52’s as a Beyoncé song might ever come. (But Kate, Cindy, Fred, Keith: Call her anyway!)

The album’s embrace of house and never, say, trap unambiguously aligns Beyoncé with queer Black folks. On the one hand, which means she’s simply an elite pop star with particularly avid support. But “Renaissance” is greater than fan service. It’s oriented toward certain histories. The knotty symbiosis between cis women and gay men is one. The doors of impersonation and tribute revolve with centrifugal force.

With Beyoncé, her drag seems liberating relatively than obfuscating. It’s not only these lesser-known gay and trans artists and personalities her music has absorbed. It’s other artists. On “Blow,” Beyoncé wondered the way it felt for her partner when he made like to her. Now the wonder is: How does it feel for her to make love — and art — sometimes as anyone else? The album’s final song is “Summer Renaissance,” and it opens with the thrum of Donna Summer’s “I Feel Love.” It’s not the primary time she’s quoted La Donna. However the nod will not be only there, where the reference is explicit. It’s within the album’s wealthy middle, which incorporates that sofa song and “Virgo’s Groove,” perhaps probably the most luscious track Beyoncé’s ever recorded. That is to say that “Renaissance” is an album about performance — of other pop’s past, but ultimately of Beyoncé, a star who’s now 40, an age when the actual risk is in acting such as you’ve got nothing to lose.

One other history is true there within the album’s title: 100 years ago, when things were also an excessive amount of for Black Americans — lynchings, “race riots” all around the country — and flight north from the South gave the impression of a sound alternative to murder, up in Harlem, Alain Locke and Zora Neale Hurston and Langston Hughes and Aaron Douglas and Jessie Fauset, to choose five figures, were at the middle of an explosion of art that might be as frivolous, party-hearty and vulgar as a few of what’s on this album. Its artists were gay and straight and whatever was in between. The purpose is that they called that a renaissance, too. It sustained and delivered delight and provocation despite the encompassing crisis, it gave people searching for a house something that approximates home. Latest salvation, old foundation.