Researchers discover most dinosaurs were warm-blooded 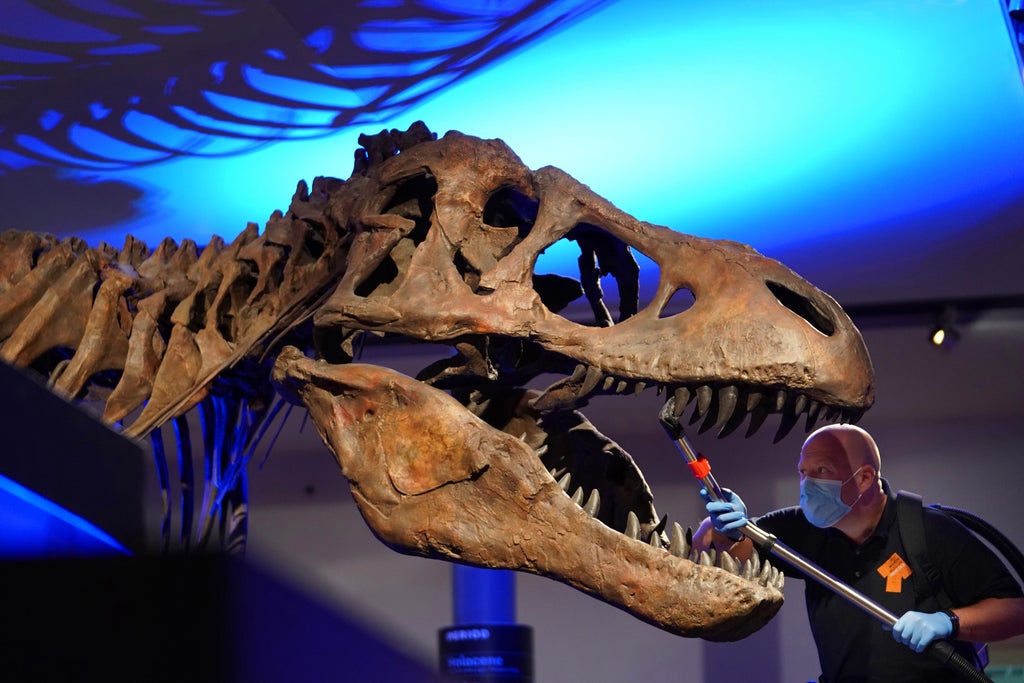 Whether dinosaurs were warm or cold-blooded has been certainly one of the oldest questions in palaeontology, but now researchers think they finally have the reply.

Based on clues from their bones that indicated how much the person animals breathed of their last hour of life, palaeontologists suggest most dinosaurs were warm-blooded.

Nonetheless, the scientists observed some differences between the 2 big groups of dinosaurs – the saurischians and the ornithischians –  lizard hips and bird hips.

The lizard-hipped dinosaurs, similar to Triceratops and Stegosaurus, had low metabolic rates comparable to those of cold-blooded modern animals.

While the bird-hipped dinosaurs, including Velociraptor and T-Rex and the large, long-necked herbivores like Brachiosaurus were warm and even hot-blooded, the study suggests.

Knowing whether dinosaurs were warm or cold-blooded – how quickly their metabolisms could turn oxygen into energy – could provide hints about how energetic they were and what their on a regular basis lives were like.

Until now the methods to find out this had been inconclusive, experts said.

But in a recent paper scientists have unveiled a recent way for studying dinosaurs’ metabolic rates – clues left of their bones about their final hour of life.

Jasmina Wiemann, the paper’s lead creator and a postdoctoral researcher on the California Institute of Technology, said: “This is absolutely exciting for us as palaeontologists.

People sometimes discuss metabolism when it comes to how easy it’s for somebody to remain in shape, but at its core, “metabolism is how effectively we convert the oxygen that we breathe into chemical energy that fuels our body,” said Dr Wiemann.

With birds being warm-blooded and reptiles being cold-blooded, dinosaurs were caught in the course of the talk.

Prior to now scientists tried to glean dinosaurs’ metabolic rates based on chemical evaluation of their bones, and one other method studied the expansion rate of those creatures.

The 26-metre-long skeletal solid of Dippy the Diplodocus, within the Natural History Museum, London (Johnny Green/PA)

But each of those have limitations.

The brand new method doesn’t take a look at the minerals present in bone or how quickly the dinosaur grew, but as an alternative looks at certainly one of the essential hallmarks of metabolism – oxygen use.

When animals breathe they leave behind molecular waste that’s preserved through the fossilisation process.

It leaves behind a record of how much oxygen a dinosaur was respiratory in, and thus, its metabolic rate.

Researchers say the findings can offer recent insights into what dinosaurs’ lives were like.

Dr Wiemann said: “Dinosaurs with lower metabolic rates would have been, to some extent, depending on external temperatures.

“Lizards and turtles sit within the sun and bask, and we could have to think about similar ‘behavioural’ thermoregulation in ornithischians with exceptionally low metabolic rates.

“Cold-blooded dinosaurs also might need needed to migrate to warmer climates through the cold season, and climate could have been a selective factor for where a few of these dinosaurs could live.”

Alternatively, she says, the hot-blooded dinosaurs would have been more energetic and would have needed to eat loads.

The findings are published within the Nature journal.