Review: A ‘Rake’ Takes a Treasured Spot within the Opera Season 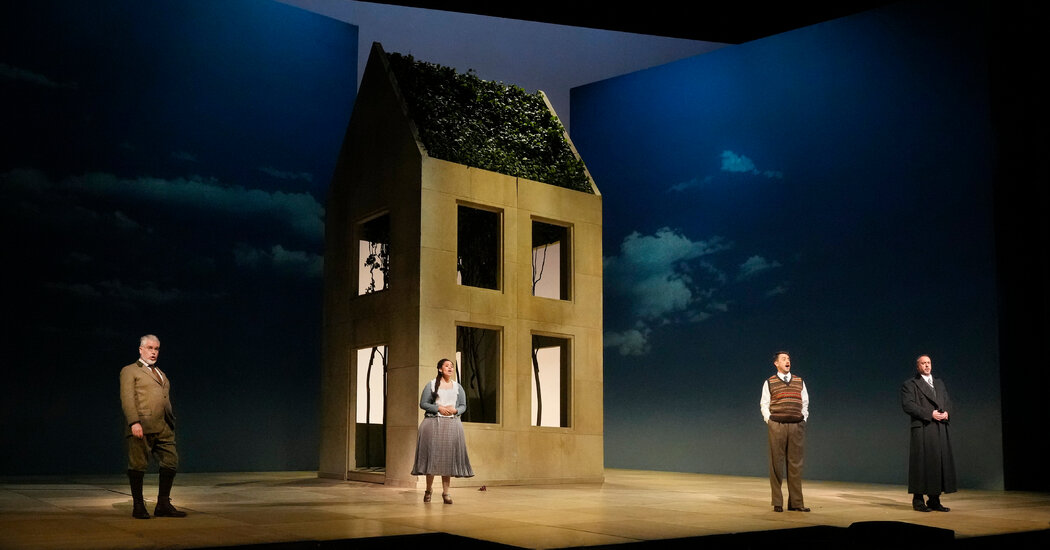 Just before the tip of this milestone comeback season on the Metropolitan Opera, the slot has returned.

That slot? Connoisseurs realize it because the run just before the corporate’s summer break, when the Met programs a brief revival — three, possibly 4 performances — of a rather off-the-beaten-path title. Previously it’s been works by Janacek (in May 2020, it was to have been “Kat’a Kabanova”), Britten’s “Billy Budd,” Poulenc’s “Dialogues des Carmélites.” It’s catnip for opera-lovers, a little bit of dessert after a monthslong feast.

In spring 2015, the slot was taken by Stravinsky’s “The Rake’s Progress.” And in spring 2022, it’s again. A restrained tackle this sophisticated work, it opened on Monday and runs for 3 more performances, through June 11.

The libretto, by W.H. Auden and Chester Kallman, relies on a collection of Hogarth paintings a couple of young man who squanders his inheritance and goes insane. The opera adds a Mephistophelian figure who tempts Tom Rakewell from the straight and narrow with riches and girls — for a price.

Stravinsky’s rating evokes the 1700s of Hogarth, Pergolesi and Mozart, infusing the airy, cool-water lucidity of that era with the angular rhythms and tart harmonies of the mid-Twentieth century. The music at first blush can seem genially nostalgic — until you open your ears to its jolting unsteadiness and darker ambiguities.

The conductor, Susanna Mälkki, led the orchestra most memorably in passages of eeriness and tenderness, as within the nocturnal glow of the prelude to the graveyard scene in the ultimate act. Moments of grandeur and bursting passages of vigorous unevenness, though, felt like they were still settling in on Monday.

The tenor Ben Bliss, as Rakewell, was less wide-eyed from the beginning than some singers, his tone shiny and endearing. As in Mozart’s “Le Nozze di Figaro” earlier this season, the soprano Golda Schultz’s voice was silky and mellow as Anne Trulove, Tom’s put-upon girlfriend, and she or he managed to project innocence without ingenuousness. And making her company debut as Baba the Turk, the bearded diva Tom marries, the mezzo-soprano Raehann Bryce-Davis had a vibrant presence and a grounded sound, elegant in her graciousness to Anne.

Adding one other devil to his Met repertory after playing the title role in Boito’s “Mefistofele” in 2018, the bass-baritone Christian Van Horn sang Nick Shadow with sturdy, straightforward resonance, though not much seductive insinuation. There have been stylish turns in smaller roles from James Creswell (Anne’s father), Eve Gigliotti (the madam Mother Goose), Tony Stevenson (the auctioneer Sellem) and Paul Corona (the keeper of the asylum).

At 25, the show is looking a bit scuffed. However the motion is evident — and, as ever, the lullaby Anne sings to Tom within the madhouse near the tip rends the guts, a benediction over a troubled man and a troubled world.

Through June 11 on the Metropolitan Opera, Manhattan; metopera.org.