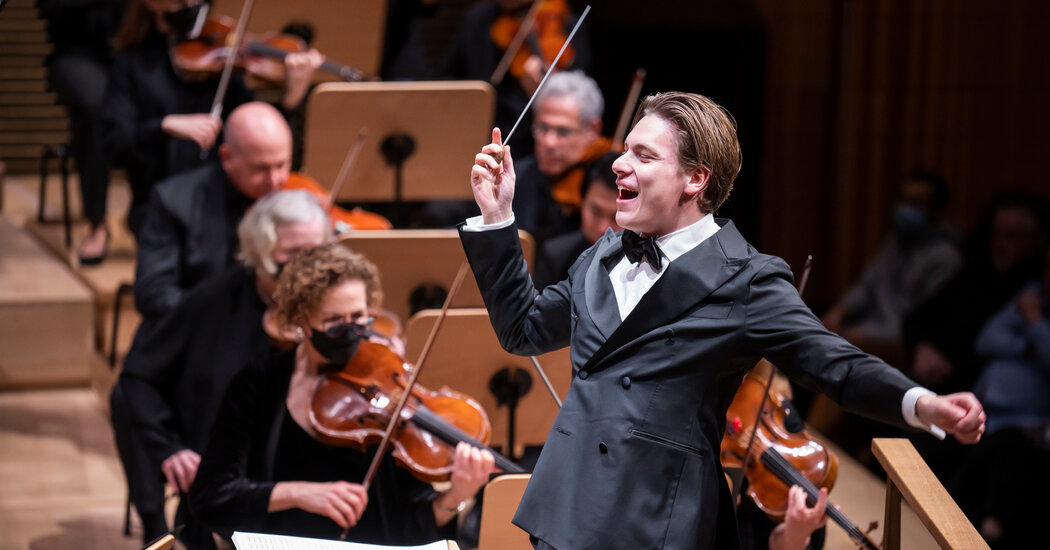 However the memory of it was quickly swept aside by the Shostakovich that followed — particularly the similarly grand, breakneck finale. There, you may hear what was lacking in “Perú Negro”: ambiguous exuberance, Janus-faced passages that misdirect and provoke, each inviting and impenetrable, eternally irreconcilable. López Bellido could take a lesson from that, as someone who clearly knows how an orchestra can sound, but not necessarily what it will probably say.

The Shostakovich and Tchaikovsky symphonies were studies in letting a rating speak for itself. Whether that works is essentially a matter of taste, and ensemble. I heard an analogous touch in a Mahler 4 that Mäkelä conducted last 12 months in Munich; there, the cool performance didn’t deliver on the symphony’s heavenly climax. But his Mahler Six in Amsterdam this summer was a revelation of terror directly expressed.

On the Philharmonic, Mäkelä kept a few of the orchestra’s characteristic imbalances in check — resembling the outsize sounds that rendered the winds section virtually invisible within the Beethoven Nine led by van Zweden in October — but hadn’t quite rewired the players. He did, though, manage to lend each symphonies a legible, compelling shape, if at a little bit of a remove. Probably the most evocative moments got here not from all the group but from soloists: Frank Huang’s violin fleetly galloping within the Shostakovich; Judith LeClair’s bassoon dolefully opening the Tchaikovsky; and Anthony McGill’s clarinet reprising that work’s second theme with rending sweetness.

The third movement of the Tchaikovsky, a perennial audience favorite, especially benefited from Mäkelä’s lucid reading, whose transparency brought equal attention to the itinerant melodic line and the dense orchestrations surrounding it. There was a way of what the composer might need been considering when he wrote to his publisher, Pyotr Jurgenson, that he was “pleased within the knowledge that I even have written a great piece.”

I discovered myself, though, wanting to know greater than how Tchaikovsky viewed his own music. Mäkelä’s conducting was so deferential to the rating, it was tempting to shake him and ask, “But what do you actually think?” Classics like this symphony warrant not only recitation, but in addition repeated examination.

Nevertheless, it’s helpful to do not forget that we’re talking a few 26-year-old. Who hasn’t modified drastically throughout their 20s — in life, in work, in worldview? It’ll be interesting, and worthwhile, to see where that growth takes Mäkelä. He has proved that he can wrangle the war horses. Now it’s time to see what else he can do.