Review: ‘The Magic Flute’ Directs Its Whimsy Toward the Younger Set 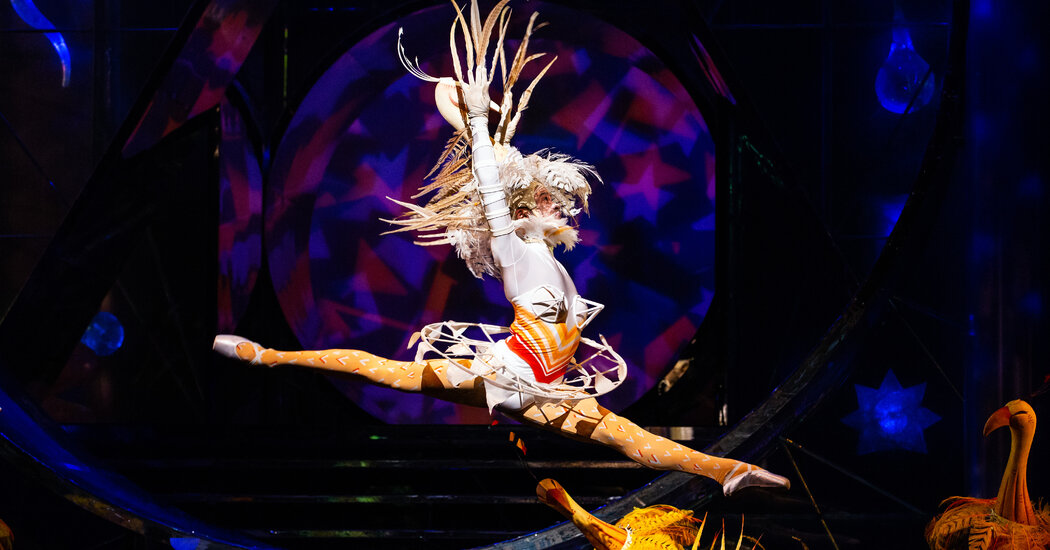 The tween-and-under crowd dressed to impress on the Metropolitan Opera House on Friday, streaming through the lobby in ties, bow ties, blazers, sweater vests, sparkly dresses and pretend fur coats for the corporate’s family-friendly version of Mozart’s “The Magic Flute.” Several clutched red-velvet seat cushions to see over the pesky adults who would obstruct their sightlines.

The Met’s abridgment of Julie Taymor’s long-running production, a fairy tale of puppets and plexiglass, cuts down the work to 110 minutes and translates it into English. On Friday night, an lively, extroverted forged gleamed of their parts, even when the 18-year-old production itself looked — and sounded — slightly creaky.

Truth be told, Taymor’s staging achieves its finest form within the Met’s digest version, since it doesn’t really have enough ideas to sustain Mozart’s full-length work — a shortcoming that has grow to be more apparent in light of recent productions mounted in Recent York, London and beyond, comparable to Barrie Kosky’s or Simon McBurney’s, that approach the opera’s humor, style and feeling with greater sophistication. Still, compared with the Met’s other English-language holiday presentations, like its drearily misshapen “Barber of Seville” or its witty yet abstracted “Hansel and Gretel,” Taymor’s “Flute,” with its serviceable translation by J.D. McClatchy, is a winner with kids.

When Taymor’s full production first appeared on the Met in 2004 — within the wake of “Lion King” mania following her Broadway adaptation of the Disney movie — its joyful effervescence, its menagerie of puppet animals suspended within the air, cut loose any philosophical portentousness that had collected to Mozart’s Masonic fable. In that sense, it was progressive. Kosky’s hit production, which is traveling the world, built on that legacy by retaining a whimsical throughline while firming up its execution and reintroducing some depth.

The Met centers its family-friendly staging across the birdbrained birdcatcher Papageno, and the baritone Joshua Hopkins delivered an lovely, handsomely sung performance, his well-built, medium-sized baritone sounding firm in its center, tender around the sides and sweet on top. At one point, he propped Papageno’s bells on his shoulder like a boombox and did the floss.

Because the noble prince Tamino, Ben Bliss added slightly schmaltz to his elegant tenor to convey the romance of his first aria for the young crowd. The role of his love interest, Pamina, is cruelly curtailed on this version, however the soprano Joélle Harvey made probably the most of her one magnificent aria, turning it into an alluringly phrased tragedy, her high notes soft, delicate and spinning. Soloman Howard, as Sarastro, showed a wealthy bass sound with a full of life tone that pinged within the Met’s vast hall.

Making her company debut, the coloratura soprano Aleksandra Olczyk didn’t conquer the outrageous demands of the Queen of the Night. She sang with an impressively full sound which will have hampered her relationship to tempo and pitch. When she found her sweet spot, though, she revealed juicy high Fs and rounded-off staccatos.

The conductor Duncan Ward, also making a Met debut, packed an appealingly forthright sound into the slender frame of Mozart’s music and brought out the rating’s duskiness. But he didn’t consistently mix or tighten up the ensemble in service of a single, consonant vision.

In May, the Met will import McBurney’s full-length staging of “The Magic Flute” from Europe, but in a rare example of the corporate maintaining two different productions for a similar opera, Taymor’s frolicsome bears and balletic flamingos will return in future seasons as a vacation treat for the young and young at heart.