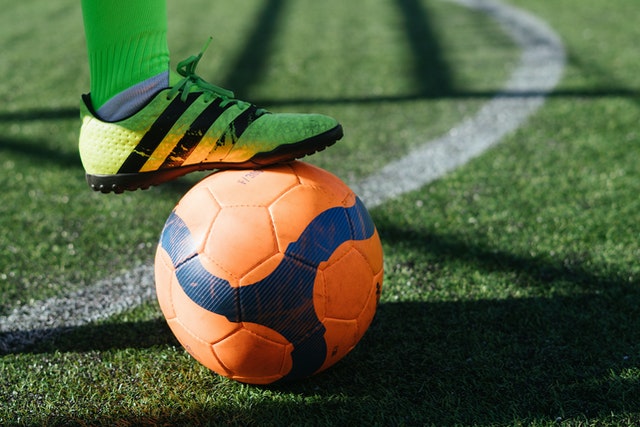 See the latest list of the top 10 richest footballers in Africa as of 2022, and their current net worth.

Do you want to know how much the most well-known and wealthy African footballers are worth?

Many Africans are exceedingly wealthy. Businessmen and celebrities like Wizkid, Sauti Sol, Davido, etc. made the list.

Popular and exciting, football is a hugely popular sport. A huge number of individuals all over the world enjoy and take part in this game.

To wager on the success of their favorite player’s team, soccer fans that are Nigerians for example, often visit one of the top 15 best betting sites in Nigeria.

When it comes to the world of football, African footballers are among the top earners.

For the top ten richest footballers in Africa, we should keep in mind that the money they get from games, prizes, or endorsement deals is not just a few hundred dollars but rather millions and millions.

Who are the richest footballers in Africa right now? As a reference, here is the complete list. Samuel Etoo has regained his number one position as one of the richest footballers in Africa. At the moment, almost everyone agrees that Samuel Etoo is the biggest African football star.

As an 11-year-old, Samuel Etoo enrolled in the Kadji Sports Academy. Afterward, he tried out for a French soccer team but was turned down because of his age and the lack of identification he had brought with him.

He never gave up hope, but he signed with Real Madrid the following year and ended his youth career there.

He began his professional career at Real Madrid (1997 to 2000), however, he was later loaned out to a number of other clubs.

He played and captain the Cameroonian national team, as well as a total of 11 clubs.

Of the top 20 richest players in the world, his estimated fortune is $95 million.

Here are the striker’s automobiles:

Are you interested in finding out the remaining nine richest African football players? Keep on reading to find out.

Samuel Eto’o has in his repertoire, several accolades such as African footballer of the Year, UEFA Champions League, Serie A, and LA Liga, just to mention a few.

Drogba has an estimated net worth of $90 million, which places him second on our list of Africa’s 10 richest footballers.

When his parents moved him to live with his uncle, professional footballer Michel Goba, as a child, Didier Drogba began his journey into the sport.

He was a master of disguise, deception, and sleight of hand. In the annals of African football, he ranks among the very greatest.

He has served as a brand ambassador to some of the world’s biggest brands, such as Samsung Pepsi Adidas Nike Konami.

These brands pay heavily for his services and from his earnings from these various top brands, Didier Drogba ranks second on the list of the richest footballers in Africa.

Didier Drogba was Ivory Coast’s national team captain from 2006 to 2014, when he announced his retirement from international football.

While playing for the Ivory Coast national team, he was the country’s leading goal scorer. At the end of his career, he played for one of the world’s richest soccer clubs, Chelsea FC.

As a result, he is often regarded as one of the greatest footballer players in history.

One of the best players in the world at his position, Yaya Touré is also one of Africa’s greatest and wealthiest footballers.

He was paid £250,000 a week by Manchester City and earned $21.7 million through endorsements, making him one 9f the richest footballers in Africa.

Forbes estimates his personal investment to be $46.4 million, and his net worth is projected to be $70 million, making him one of the richest African soccer players.

Yaya Toure has always been a devotee of flashy vehicles and opulent residences of every description. Later, he had a Porsche 911, Mercedes, Bentley Continental GT and Porsche Cayenne; he had previously owned all of them.

Rolls Royce Phantom, worth £350,000, was recently purchased by this well-off African footballer.

Mohamed Salah, more often known as Mo Salah or “Egyptian messi”, is without a doubt one of the most well-known athletes to come from Africa.

Salah made the decision to forego his academic opportunities and pursue his dream of being a professional football player after he was born in Egypt on June 15, 1992.

Mohamed Salah, who now plays as a striker for Liverpool FC in the English Premier League, which is widely regarded as the best football league in the world, is on his way to becoming one of the best strikers in the history of the sport. Additionally, he is a member of the Egyptian National Team.

The fact that he has a net worth of $70 million is evidence that he is a great athlete.

In addition, the fact that he earns a huge weekly salary and has endorsement deals with leading brands such as Adidas, Falken Tyres, and Uber is further evidence of his success. Currently ranked number 5 on our list of the top 10 richest footballers in Africa, John Mikel Obi has an estimated fortune of $60 million.

As a former player, this current professional footballer has represented Nigeria in numerous tournaments. The list of Nigeria’s top 15 wealthiest footballers has him at the top.

An error in the Nigerian Football Association’s submission of his name to FIFA for the Finland tournament in 2013 resulted in his being referred to as “Mikel,” which he has since adopted.

In addition to playing for Chelsea in the English Premier League and Lyn Oslo in Norway, he is without a doubt one of Africa’s wealthiest footballers. Tianjin Teda, where he had a contract, paid him 140 thousand yuan each week.

Mikel Obi’s mansion and a fleet of luxury vehicles are a sight to behold.

Bentley Continental GT, Mercedes G Wagon, Range Rover Sport, and a Black Mercedes G 500 are just some of his other high-end vehicles.

Obi Mikel has lucrative endorsement deals with Pepsi and Samsung in addition to his football career.

The net worth of this African footballer stands at $51 million.

As a central midfielder as well as a defensive midfielder, Seydou Keita is a valuable asset to any football team.

At the age of 17, he began playing professional football. At the age of 20, he played for Mali at the seventh African Cup of Nations competition as a member of the national team.

His first appearance for Mali was at the FIFA World Cup Qualifier in 2000.

With an annual salary of €14 million, he joined the Chinese Super League club FC Dalian Aerbin in 2012.

In addition to his numerous residences, high-end cars costing millions of dollars, and other valuables, he is a multi-millionaire.

This well-known footballer is another one of Africa’s richest players. He is also well-known all over the world. His country of origin is Togo.

In the English Premier League, he was a member of the Arsenal, Manchester City, Tottenham Hotspurs, and Crystal Palace football teams.

Not only has this professional footballer Adebayor benefited greatly from his profitable football career, but he has also gained greatly from the various contracts he has signed with the majority of the wealthiest clubs in England.

The striker reportedly made $268,000 a week when playing for Manchester City, and as of 2015, his net worth is estimated to be $45 million dollars.

He is known for his lavish lifestyle, which includes a number of houses, high-end automobiles, and private jets that travel at fast speeds.

Michael Essien has become a well-known figure in the football community throughout the course of the most recent several years.

Michael Essien is a well-known name in Ghanaian football, and he has played in a significant number of matches in both the Champions League and the Premier League.

This midfielder has a lot of houses, expensive automobiles that are worth millions of dollars, and other possessions.

He was a member of a number of the best club teams in Europe, including those from France’s Bastia and Lyon, as well as Chelsea, Real Madrid, and AC Milan, among others.

As of at this moment, he is an unrestricted free agent, and his current net worth is $35 million.

This fantastic striker has been given multiple houses, expensive cars costing millions of dollars, and other things. He also has a lot of money.

Asamoah’s assets include his Rolls Royce, which is valued at approximately $400,000, and his property on McCarthy Hill, which is estimated to be worth $3 million.

Recently, Asamoah was successful in obtaining a license that will allow him to run a private airline in Ghana known as “Baby Jet Airlines.” This soccer star has done quite well for himself, not just because to the lucrative nature of his football career, but also due to the several contracts he has signed with the majority of the wealthiest teams in England.

While playing for Manchester City, the striker was reportedly paid a weekly salary of $268,000, and as of the year 2015, his estimated net worth was $22 million.

His collection of vehicles includes a Mercedes-Benz Brabus G63 AMG 6×6 automobile, which, at the time of its acquisition, cost approximately $900,000 USD.

In point of fact, he has such a strong passion for automobiles that he operates a car pimping service and drives a Lamborghini Gallardo that is valued at approximately £96,000.

In his garage, he keeps an Escalade, a Mercedes-Benz, and a Ferrari.

The assets owned by those 10 richest footballers in Africa are the best examples of fleeing the poverty of Africa to pursue one’s passion and becoming one of the happiest people in the world by having a life and work that they like.

It should come as no surprise, then, that those great football players love to blow their money on the most recent and cutting-edge gear in the industry.

Dream big, because every one of these football players once had a dream of their own, and they didn’t stop there; instead, they worked very hard, focused their attention, persisted, remained patient, and acknowledged their shortcomings along the way. That must never leave your mind!