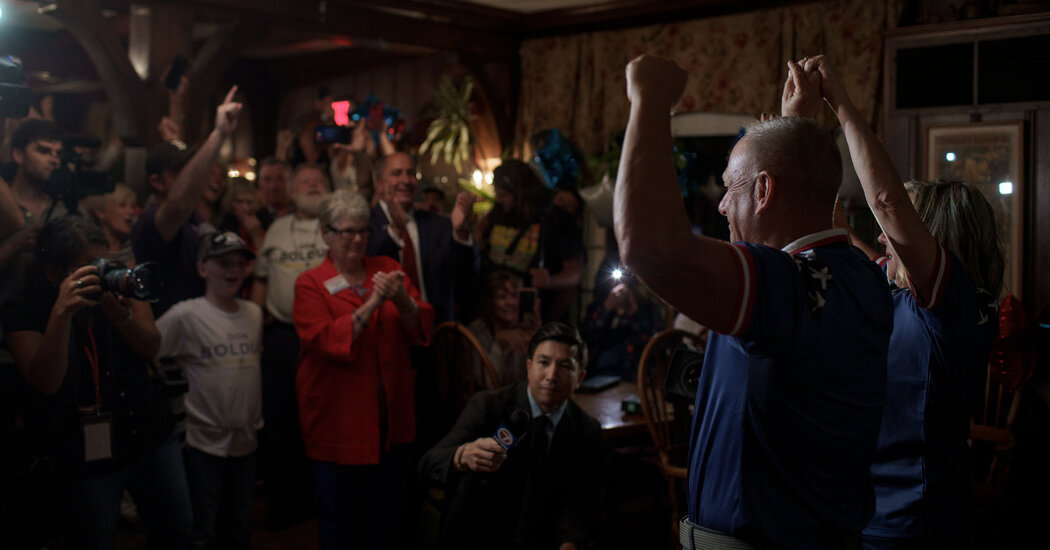 Like a driver making a screeching U-turn, Don Bolduc, the Republican Senate nominee in Latest Hampshire, pivoted on Thursday from his primary race to the overall election, saying he had “come to the conclusion” that the 2020 presidential election “was not stolen,” after he had spent greater than a 12 months claiming it was.

“I’ve done a variety of research on this, and I’ve spent the past couple weeks talking to Granite Staters everywhere in the state from every party, and I even have come to the conclusion — and I need to be definitive on this — the election was not stolen,” Mr. Bolduc said in an interview on Fox News.

He continued to falsely claim there had been fraud within the election but acknowledged that the final result was not in query.

“Elections have consequences, and, unfortunately, President Biden is the legitimate president of this country,” he said.

Mr. Bolduc won his primary on Tuesday over a more moderate candidate, Chuck Morse, the president of the Latest Hampshire Senate. Mr. Bolduc ran on an uncompromising right-wing platform, complete with declarations that former President Donald J. Trump had won the 2020 election.

But now he faces a tricky general election campaign against Senator Maggie Hassan, a Democrat. She is vulnerable in November — but, Republicans worry, less vulnerable against Mr. Bolduc than she would have been against Mr. Morse.

Ms. Hassan’s campaign responded quickly to Mr. Bolduc’s reversal, sharing a series of videos and quotes of the persistently Mr. Bolduc promoted the lie that the 2020 election was stolen.

“Don Bolduc is desperately attempting to run from years of spreading the Big Lie, but he can’t hide from the video receipts,” her campaign said in a press release.