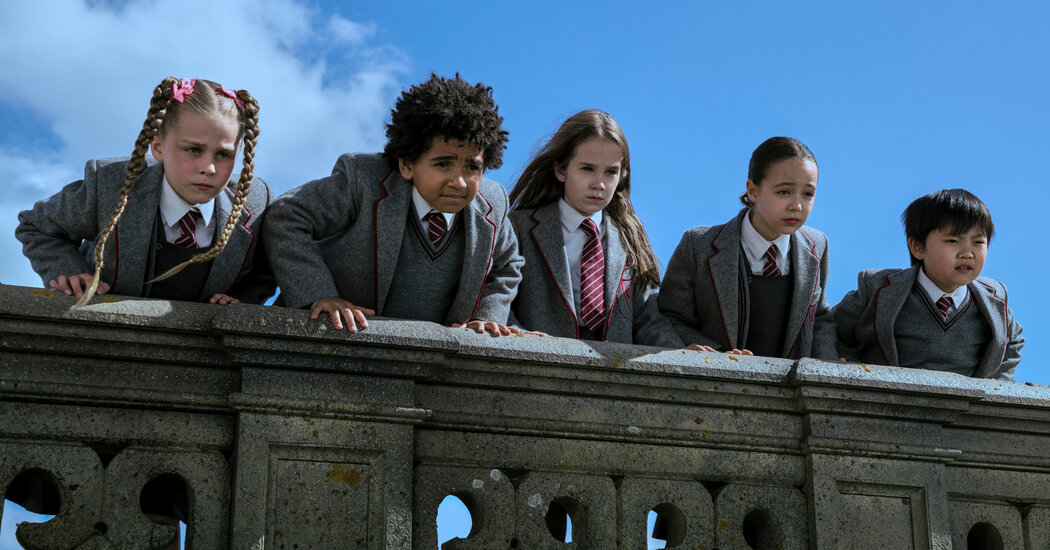 Bitterness never tasted so sweet because it does in “Roald Dahl’s Matilda the Musical,” a jolt of sour candy guaranteed to make you grin. Roald Dahl was 72 when he published his tale of a telekinetic girl genius avenging herself upon on a college headmaster who shot-puts kids out of the classroom window. The novel was Dahl’s righteous payback for his own British boarding school education where the instructors freely beat the scholars and slipped slivers of soap into boys’ mouths at night in the event that they snored.

His writing without end burned with a youthful sense of injustice, and amongst the numerous smart decisions the director Matthew Warchus and the author Dennis Kelly have made in adapting “Matilda” for the stage, and now screen, is reimagining their title character, played with empathetic ferocity by Alisha Weir, as a little bit of a proto-Dahl herself, a vibrant child bursting with stories that take aim on the adults who attempt to trod on her intelligence. When Weir, just 11 when she filmed the movie, narrows her blue eyes and sings, “Sometimes, you could have to be somewhat bit naughty,” you think she’s able to conquering anyone who blocks her path.

Matilda’s parents (Stephen Graham and Andrea Riseborough) are dimwits and cheats. Her school’s motto is “Bambinatum est magitum” — “Children are maggots” — and its headmistress, Agatha Trunchbull (a go-for-broke Emma Thompson), is the sort of monster who gets introduced chin hair first, the camera then tiptoeing backward to gawk at her broken capillaries and drab olive dress, padded on the shoulders and bosom until she resembles a tank. “Discipline! Discipline! For youngsters who aren’t listening!” Trunchbull croons right into a bullhorn while forcing her charges through a muddy obstacle course suffering from barbed wire and explosives. The one moments of cross-generational kindness come from one teacher (Lashana Lynch), who is just too tremulous to get up to her boss, and from a traveling librarian (Sindhu Vee), who allows Matilda to spin fictions as an alternative of entrusting her along with her fears.

The songs, written by Tim Minchin, are marvelously witty, and Warchus directs them at a clip. The seven-time Tony nominee, who also serves because the artistic director of the Old Vic theater in London, is clearly overjoyed to find a way to send his cinematographer, Tat Radcliffe, sprinting down school hallways in pursuit of his ensemble of expert young actors as they skulk through Ellen Kane’s sharp-elbowed choreography, which seems influenced by movements as varied as zombie hordes and dressage.

For a movie that takes this much glee in cruelty — Matilda is known as “a brat,” “a bore,” “a lousy little worm” and “a nasty, little troublemaking goblin” in her first three minutes onscreen — it also includes scenes of real loveliness: a hushed number set in a hot-air balloon above the clouds, a jazzy sequined show of support for a tortured fellow classmate, and even a soft focus fantasy sequence where Trunchbull imagines a greater life for herself. The kids disappear, a herd of white horses gallop into frame, and for one moment, our villain isn’t any longer the tyke tyrant, but a girl who wishes she could let her hair down and smile.