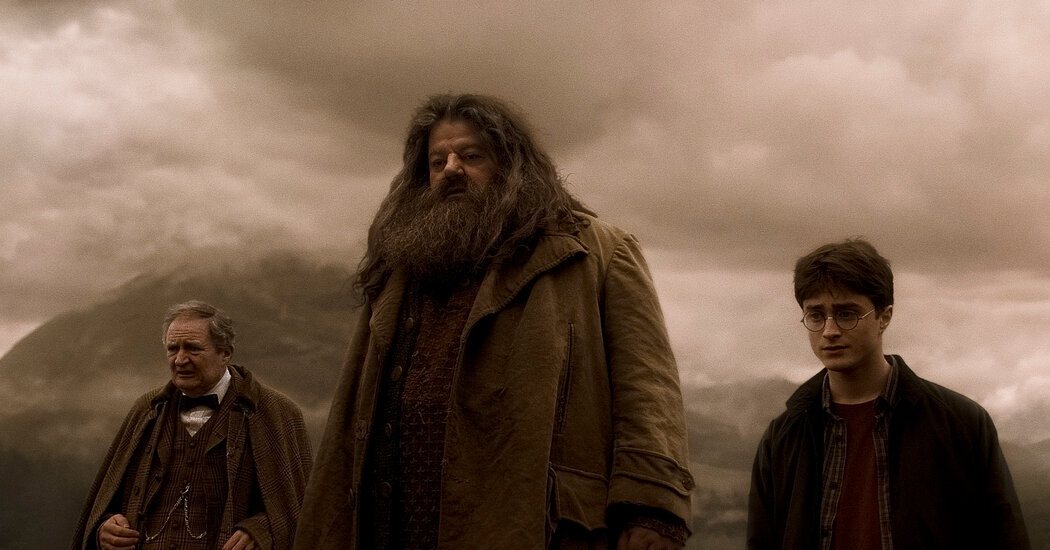 Robbie Coltrane, the veteran Scottish actor who played the beloved half-giant Rubeus Hagrid within the “Harry Potter” movies and starred on the cult British crime series “Cracker,” died on Friday in Larbert, Scotland. He was 72.

His death, in a hospital, was confirmed by Belinda Wright, his British agent. Ms. Wright said that Mr. Coltrane’s family had not disclosed a cause, but that he had been “unwell for a while.”

Mr. Coltrane veered from the comic to the gritty in a four-decade profession in film and tv. He was an antihero detective on “Cracker” (1993-96), a K.G.B. agent turned ally to James Bond in two movies, and a gangster who disguises himself as a nun after betraying his fellow criminals within the comedy “Nuns on the Run” (1990), alongside Eric Idle of Monty Python.

But those roles did little to organize Mr. Coltrane to play Hagrid, a fan favorite from the “Harry Potter” books whose transition to the large screen would face the sky-high expectations of hundreds of thousands of young readers.

Mr. Coltrane successfully embodied the 8-foot-6 half-giant, half-giant Hagrid, the groundskeeper on the Hogwarts School of Witchcraft and Wizardry. He appeared in all eight “Harry Potter” movies, infusing the franchise with warmth whilst he towered over the young witches and wizards at the middle of the series who were embroiled in a fight against evil.

The primary film, “Harry Potter and the Sorcerer’s Stone,” opened in November 2001 and went on to gross greater than $1 billion worldwide, constructing on the already fervent global fan base of J.K. Rowling’s book series.

Ms. Wright, Mr. Coltrane’s agent of 40 years, said the role was the explanation he received a “stream of fan letters every week for over 20 years.”

Fiercely protective of his privacy, Mr. Coltrane gave few interviews and could possibly be hard-edged with reporters. But he said he needed to solid that gruffness aside when he was embraced by a legion of young “Harry Potter” fans.

“Kids come as much as you they usually go, ‘Would you wish to sign my book?’ with those big doe-eyes,” he told The Guardian in 2012. “And it’s a serious responsibility.”

Mr. Coltrane was born Anthony Robert McMillan on March 30, 1950, in Rutherglen, Scotland, outside Glasgow. His father, Ian Baxter McMillan, was a health care provider; his mother, Jean Ross Howie, was a teacher.

He grew up on the outskirts of Glasgow and enrolled within the Glasgow School of Art, where he studied drawing and painting but struggled to capture his ideas on canvas.

“I desired to paint just like the painters who really moved me, who made me wish to weep about humanity,” he told The Herald, a Scottish newspaper, in 2014. “Titian. Rembrandt. But I checked out my diploma show and felt a terrible disappointment when I noticed all of the things that were in my head weren’t on the canvas.”

Because the prospect of a future as a painter dimmed, The Herald reported, he was encouraged by a drama teacher who told him that he had acting talent after he appeared in a staging of Harold Pinter’s one-act play “The Dumb Waiter.”

After adopting his stage name as a tribute to the good jazz saxophonist John Coltrane, he found steadier footing when he moved to London. He worked as a slapstick comedian there and commenced his acting profession, picking up stage roles and small parts on television and in movies.

He attracted critical acclaim on the hit series “Cracker” because the sensible but flawed Dr. Edward Fitzgerald, often called Fitz, a chain-smoking criminal psychologist whose alcohol addiction echoed Mr. Coltrane’s own issues with drinking. The role earned him the BAFTA award for best TV actor in 1994, 1995 and 1996.

A turn as Valentin Zukovsky, a former K.G.B. agent turned Russian mafia kingpin, within the James Bond movies “GoldenEye” (1995) and “The World Is Not Enough” (1999) exposed Mr. Coltrane to a broader audience, particularly in the USA.

There was nothing, nevertheless, that might compete with the worldwide fame he found after he was solid as Rubeus Hagrid within the “Harry Potter” series. Along with his bushy beard and growling voice, Mr. Coltrane brought the beloved character to life.

The young actors who grew up on the sets of the “Harry Potter” movies fondly remembered Mr. Coltrane as someone they might count on to lift their spirits with a joke or a word of encouragement.

Daniel Radcliffe, who played Harry Potter, said on Friday that Mr. Coltrane “used to maintain us laughing continuously as kids.”

“I’ve especially fond memories of him keeping our spirits up on ‘Prisoner of Azkaban,’” Mr. Radcliffe said in an announcement, “once we were all hiding from the torrential rain for hours in Hagrid’s hut and he was telling stories and cracking jokes to maintain morale up.”

James Phelps, who played Fred Weasley within the series, wrote on Twitter that when he was 14 years old and nervous on his first day on the set, Mr. Coltrane got here over and said, “Enjoy it, you’ll be great.”

Mr. Coltrane’s survivors include his children, Spencer and Alice, and a sister, Annie Rae.

Within the HBO Max retrospective “Harry Potter twentieth Anniversary: Return to Hogwarts,” which premiered on Jan. 1, Mr. Coltrane reflected on the role that introduced him to a recent generation of fans.

“The legacy of the films is that my children’s generation will show them to their children,” he said. “So you could possibly be watching it in 50 years’ time, easy. I’ll not be here, sadly, but Hagrid will, yes.”