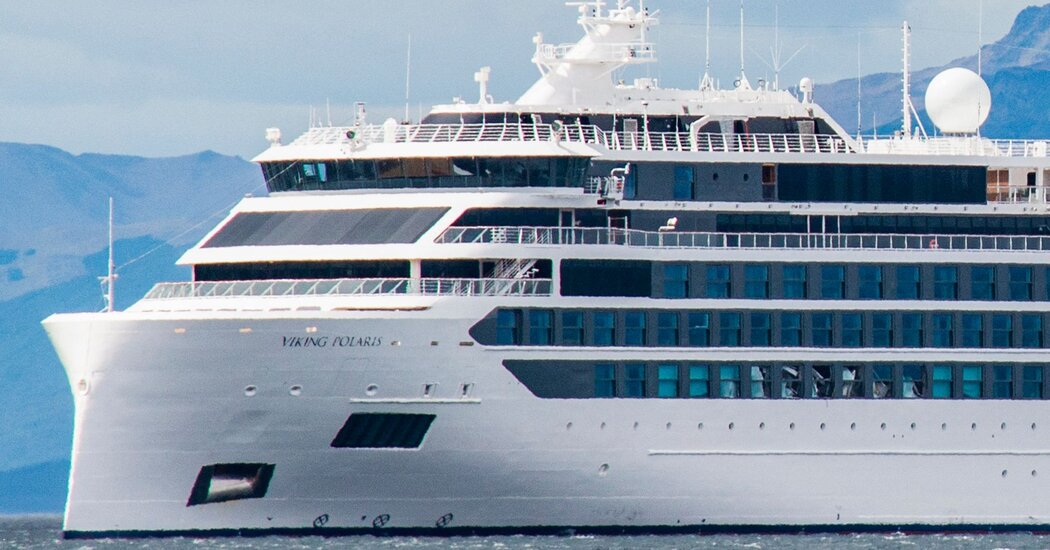 A passenger died and 4 others were injured after a big, unexpected wave hit a cruise ship traveling toward a preferred launching point for expeditions to Antarctica, Viking Cruises said.

The ship, the Viking Polaris, was struck by a “rogue wave” on Tuesday at 10:40 p.m. local time while traveling toward Ushuaia, Argentina, which is on the southern tip of South America, Viking Cruises said in an announcement.

A State Department official said that a U.S. citizen died and that the department was offering consular assistance to the person’s family.

Rogue waves are unpredictable, typically twice the dimensions of surrounding waves and infrequently come from a unique direction than the encircling wind and waves, in response to the National Oceanic and Atmospheric Administration. Scientists are still attempting to determine how and when these unusual waves form.

Ann Mah, of Topeka, Kan., told the news station WIBW that she and her husband were on the ship when it was hit by the wave and that it was “identical to your whole house got shook really hard.”

The Viking Polaris was launched this 12 months and was designed for travel to distant destinations reminiscent of the Antarctic Peninsula. The ship is 665 feet long and might carry 378 passengers and 256 crew members.

The ship sustained “limited damage” from the wave and arrived in Ushuaia the day after it was struck, Viking Cruises said.

The cruise company canceled the Viking Polaris’s next scheduled trip, a 13-day cruise to the Antarctic Peninsula.

“We’re investigating the facts surrounding this incident and can offer our support to the relevant authorities,” the corporate said.

In recent times, some observers have warned that the rise in tourism is probably not sustainable and that it could threaten visitor safety or disrupt the delicate environment, which is already straining under the consequences of climate change.

It’s the start of the Antarctic tourism season, which coincides with its summer, starting in late October or early November and frequently lasting until March.