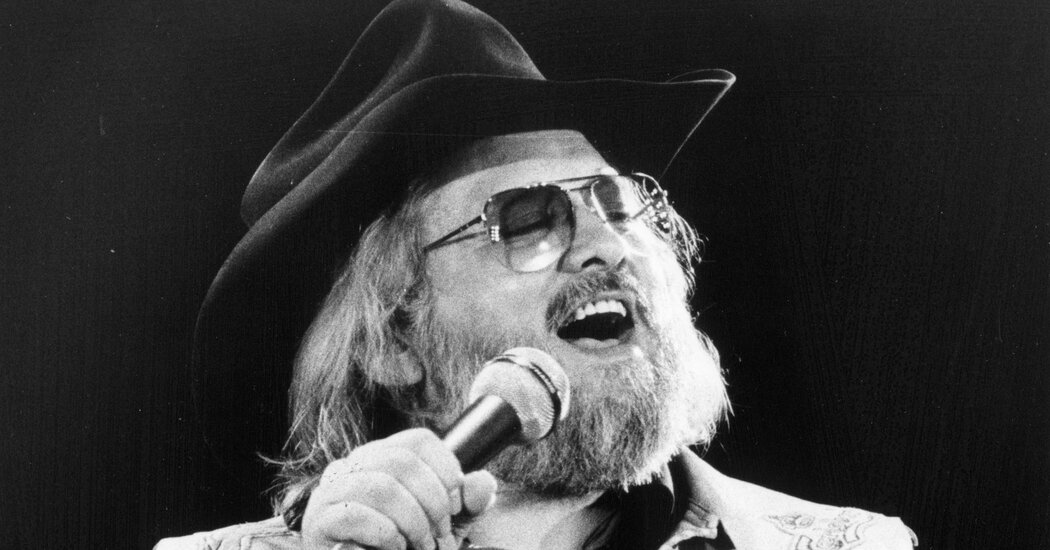 Ronnie Hawkins, who combined the gregarious stage presence of a natural showman and a commitment to turbocharged rockabilly music in a rowdy profession that spanned greater than a half-century, died on Sunday. He was 87.

His daughter Leah confirmed his death. She didn’t say where he died or disclose the cause, though she said he had been quite unwell.

Mr. Hawkins began performing in his native Arkansas within the late Nineteen Fifties and have become a roadhouse entertainer based in Canada within the Nineteen Sixties, his music endlessly rooted within the primal rock ’n’ roll rhythms of Bo Diddley and Chuck Berry.

For all of his success, his biggest claim to fame was not the music he produced however the musicians he attracted and mentored. His backup musicians of the early Nineteen Sixties, Levon Helm, Robbie Robertson, Garth Hudson, Richard Manuel and Rick Danko, went on to form the Band, which backed Bob Dylan and have become one of the vital admired and influential bands in rock history.

But those musicians, like a lot of Mr. Hawkins’s fans, never lost their reverence for the person often called the Hawk.

“Ronnie’s whole style,” Mr. Robertson once said, was for him and his band to play “faster and more violent and explosive than anyone had ever heard before.”

Ronald Cornett Hawkins was born on Jan. 10, 1935, two days after Elvis Presley, in Huntsville, Ark. When he was 9, his family moved to nearby Fayetteville, where his father, Jasper, opened a barbershop and his mother, Flora, taught school. His musical education began on the barbershop where a shoeshine boy named Buddy Hayes had a blues band that rehearsed with a piano player named Little Joe.

It was there that he began to imbibe the crazy quilt music of the South, with blues and jazz filtered through snatches of country and the minstrel and medicine shows that traveled through town. Before long, something recent was added: the beginnings of rock ’n’ roll, which was percolating out of Sam Phillips’s Sun Records studio in Memphis.

Mr. Hawkins dropped at all that a component of danger. As a young person, he had driven a souped-up Model A Ford running bootleg whiskey from Missouri to the dry counties of Oklahoma, making as much as $300 a day.

He put together bands, enrolled within the University of Arkansas and dropped out, joined the Army in 1957 after which quit the identical yr, intent on making it within the music business. While within the Army, he fronted a rock ’n’ roll band, the Black Hawks, made up of African American musicians, a daring effort within the segregated South.

Demos he recorded at Sun after he left the Army fell flat, but Mr. Hawkins and the guitarist on his Sun session, Luke Paulman, put together a band with Mr. Hawkins because the athletic frontman given to back flips and handstands. Over time, his trademark became the camel walk, an early version of what became Michael Jackson’s moonwalk a long time later.

In 1958, the country music singer Conway Twitty said American rock ’n’ roll bands could make a killing in Canada. Heeding that advice, Mr. Hawkins moved to a spot he once said was “as cold as an accountant’s heart.” Toronto and other places in Ontario changed into his home base for the remaining of his profession.

Mr. Hawkins liked to speak, perhaps with some embellishment, about parties, brawling, sex and drinking that, as he put it, “Nero would have been ashamed of.” But there was nothing glamorous about being a rock ’n’ roll musician playing nonstop in bars and roadhouses on a circuit centered on Ontario, Quebec and U.S. cities like Buffalo, Detroit and Cleveland.

“After I began playing rock ’n’ roll,” he said, “you were two pay grades below a prisoner of war.”

He built up a following based on his magnetic stage presence, the proficiency of his bands and the raw energy of his music. He had modest hits with “Forty Days” — his revised version of Chuck Berry’s “Thirty Days” — and “Mary Lou,” a Top 30 hit on the U.S. charts.

Later successful recordings include “Who Do You Love?” and “Hey, Bo Diddley.”

To Mr. Levy’s chagrin, Mr. Hawkins opted to own the road in Canada reasonably than to swing for the fences as a recording star within the U.S., increase a remunerative profession working nonstop, regardless that he never built a high-profile recording profession. He also became often called a one-of-a-kind character and raconteur.

“The Hawk had been to varsity and will quote Shakespeare when he was within the mood,” Mr. Helm wrote in his autobiography, “This Wheel’s on Fire.” “He was also probably the most vulgar and outrageous rockabilly character I’ve ever met in my life. He’d say and do anything to shock you.”

Mr. Hawkins was greater than just the consummate rockabilly road warrior. In 1969, he hosted John Lennon and Yoko Ono at his ranch outside Toronto during their world tour to advertise world peace because the Plastic Ono Band. Bob Dylan was a longtime fan who in 1975 solid Mr. Hawkins to play the role of “Bob Dylan” in his experimental and largely panned movie “Renaldo and Clara.”

Mr. Hawkins also appeared in Martin Scorsese’s 1978 concert film “The Last Waltz,” as considered one of the invited stars who joined the Band in the ultimate performance of the unique group at Winterland Ballroom in San Francisco on Thanksgiving Day, 1976. (The Band later reunited without Mr. Robertson.)

Mr. Hawkins growled and hollered his way through a memorable performance with the Band of “Who Do You Love,” good-naturedly fanning Mr. Robertson’s guitar along with his cowboy hat as if cooling it off after a very torrid solo.

And he became a friend of his fellow Arkansan Bill Clinton when Mr. Clinton was governor, in addition to a conspicuous a part of the Arkansas entourage during President Clinton’s Inaugural in 1992. Mr. Clinton paid tribute to Mr. Hawkins in a 2004 documentary titled “Ronnie Hawkins Still Alive and Kickin’.’’

Mr. Hawkins also acted in a supporting role in Michael Cimino’s critically panned 1980 western “Heaven’s Gate,” and he became a respected elder statesman of Canadian music. He invested correctly, lived like a rustic squire in a sprawling lakefront estate and owned several businesses.

Besides his daughter Leah, survivors include his wife, Wanda, and two other children, Ronnie Jr. and Robin, and 4 grandchildren.

Mr. Hawkins remained a master of honing his bad-boy image and playing to type, including in his 1989 autobiography, “Last of the Good Ol’ Boys.”

“Ninety percent of what I made went to women, whiskey, drugs and cars,” he said. “I suppose I just wasted the opposite 10 percent.”