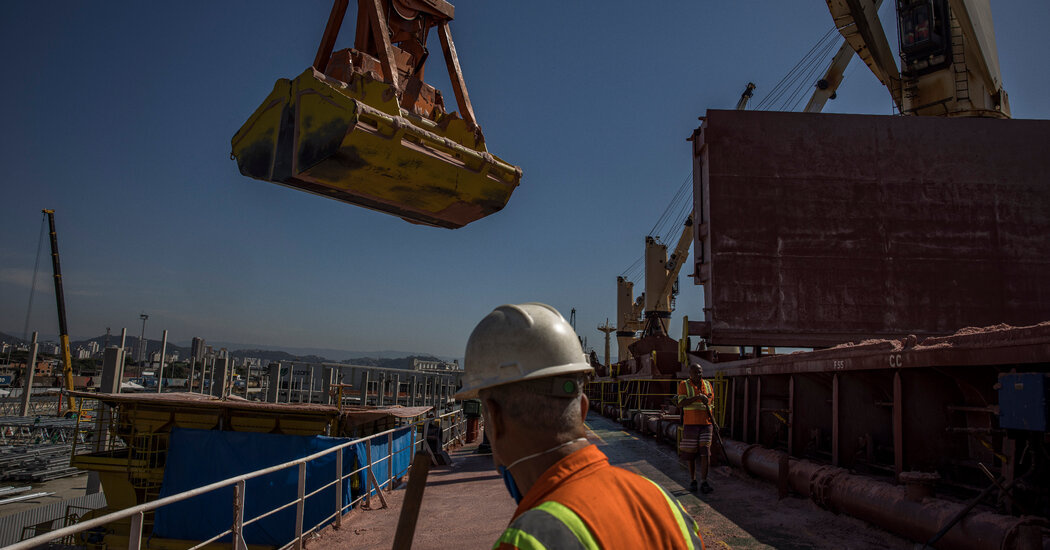 Data from MarineTraffic, for instance, a platform that shows the live location of ships world wide using those on-ship tracking systems, indicates that traffic from Russia’s major ports declined after the invasion but didn’t plummet. The variety of container ships, tankers and bulkers — the three most important kinds of vessels that move energy and consumer products — arriving and leaving Russian ports was down about 23 percent in March and April compared with the 12 months earlier.

“The fact is that the sanctions haven’t been so difficult to maneuver around,” said Georgios Hatzimanolis, who analyzes global shipping for MarineTraffic.

Tracking by Lloyd’s List Intelligence, a maritime information service, shows similar trends. The variety of bulk carriers, which transport loose cargo like grain, coal and fertilizer, that sailed from Russian ports within the five weeks after the invasion was down only 6 percent from the five-week period before the invasion, in response to the service.

Within the weeks following the invasion, Russia’s trade with China and Japan was broadly stable, while the variety of bulk carriers headed to South Korea, Egypt and Turkey actually increased, their data showed.

Those figures contrast somewhat with statements from global leaders, who’ve emphasized the crippling nature of the sanctions. Treasury Secretary Janet L. Yellen said on Thursday that the Russian economy was “absolutely reeling,” pointing to estimates that it faces a contraction of 10 percent this 12 months and double-digit inflation.

Earlier this week, Ms. Yellen said that the Treasury Department was continuing to deliberate about whether to increase an exemption in its sanctions that has allowed American financial institutions and investors to maintain processing Russian bond payments. Speaking at a Senate hearing, she said that officials were actively working to find out the “consequences and spillovers” of allowing the license to run out on May 25, which might likely result in Russia’s first default on its foreign debt in greater than a century.