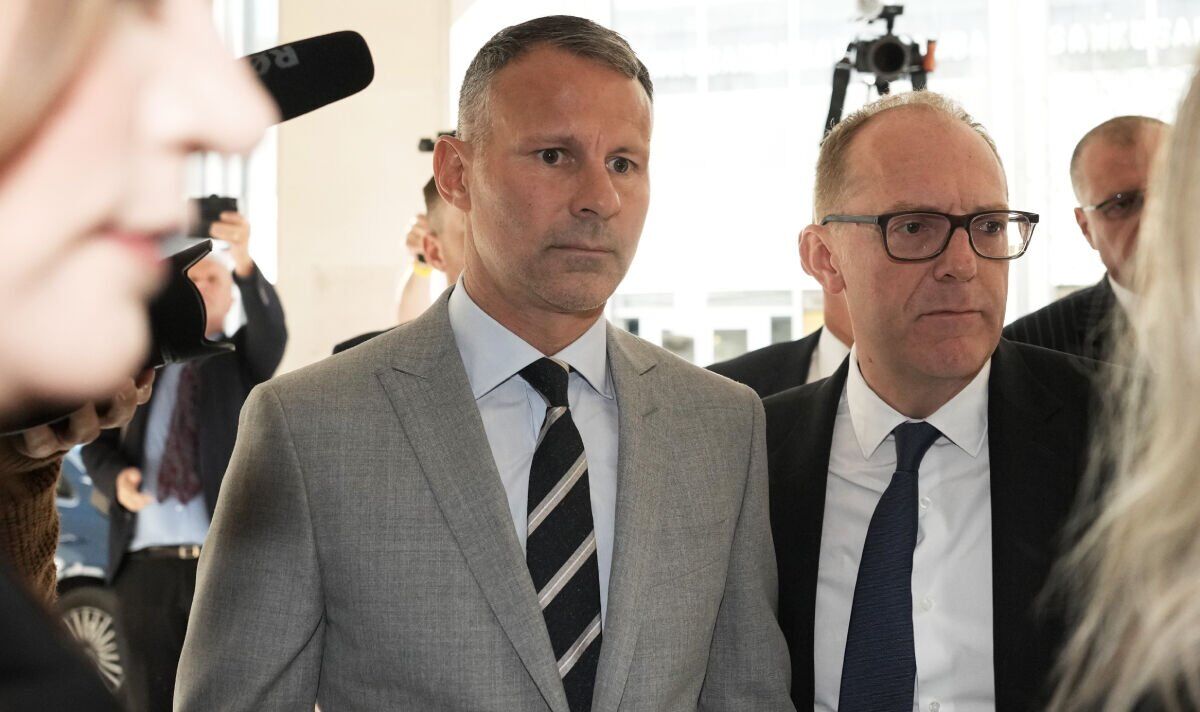 Ryan Giggs has told a court he does “not remember any physical form of interaction” during a row after calling ex-girlfriend Kate Greville by his ex-wife’s name. The 48-year-old former Manchester United star denies assaulting Ms Greville, 37, on multiple occasions during their six-year relationship.

Ms Greville claimed in court last week that, during a vacation to Dubai in February 2020, Giggs called her “Stacey” and pulled the strap on her bag so hard that she fell forward and landed on her knee, causing a bruise.

Giving evidence at Manchester Crown Court for a second day this morning (Weds), Giggs said the name incident was a “slip of the tongue” and denied assaulting her.

He said: “We just had lunch. We had a number of bottles of rosé. It was outside. It was on the Burj Al Arab hotel within the swimming pool area. It was quite a pleasant meal and a extremely good end of the vacation.

“It was on the way in which back to the hotel that we were each quite drunk. Like I say, we had each been drinking rosé roughly all through the day and I, slip of the tongue, called Kate my ex-wife’s name.

“She wasn’t glad. With the history we had, the break-up, understandably my ex-wife wasn’t a fan of Kate and I had obviously had issues with the connection between myself and my ex-wife with what happened.

“So she took it as a derogatory remark but I didn’t mean it like that – it was only a slip of the tongue. By this time we were arguing and we were each drunk. In my opinion it was only a silly argument.

Giggs claimed Ms Greville packed her bag and suitcase of their hotel room and he told her “Come on, we are able to resolve this, it’s silly. A silly argument” but she was “insistent” on leaving. Chris Daw QC, defending Giggs, asked him: “Did you do anything physical towards her?”

Giggs replied: “I can have tried to stop her from leaving but I do not remember any form of physical interaction between me and Kate.” He said he had run all the way down to reception minutes after Ms Greville had left the room but found she had already left the hotel.

The previous Wales manager said he assumed Ms Greville had gone to stick with a friend who lived in Dubai and told the court he flew home alone. He added: “I used to be obviously gutted over something I just considered a silly argument. After such an incredible holiday it might end like this. I used to be obviously on the flight by myself and felt devastated.”

Giggs claimed Ms Greville stayed in Dubai for one more week and that, when she returned, the pair got back together. Giggs, who’s accused of coercive and controlling behaviour towards Ms Greville, can also be charged with assaulting her after a row at their home in Worsley, Greater Manchester on November 1, 2020.

Ms Greville told jurors that Giggs “grabbed me by each shoulders, looked me straight within the eyes and headbutted me in my lip” and elbowed her younger sister Emma within the jaw. He denies all charges.