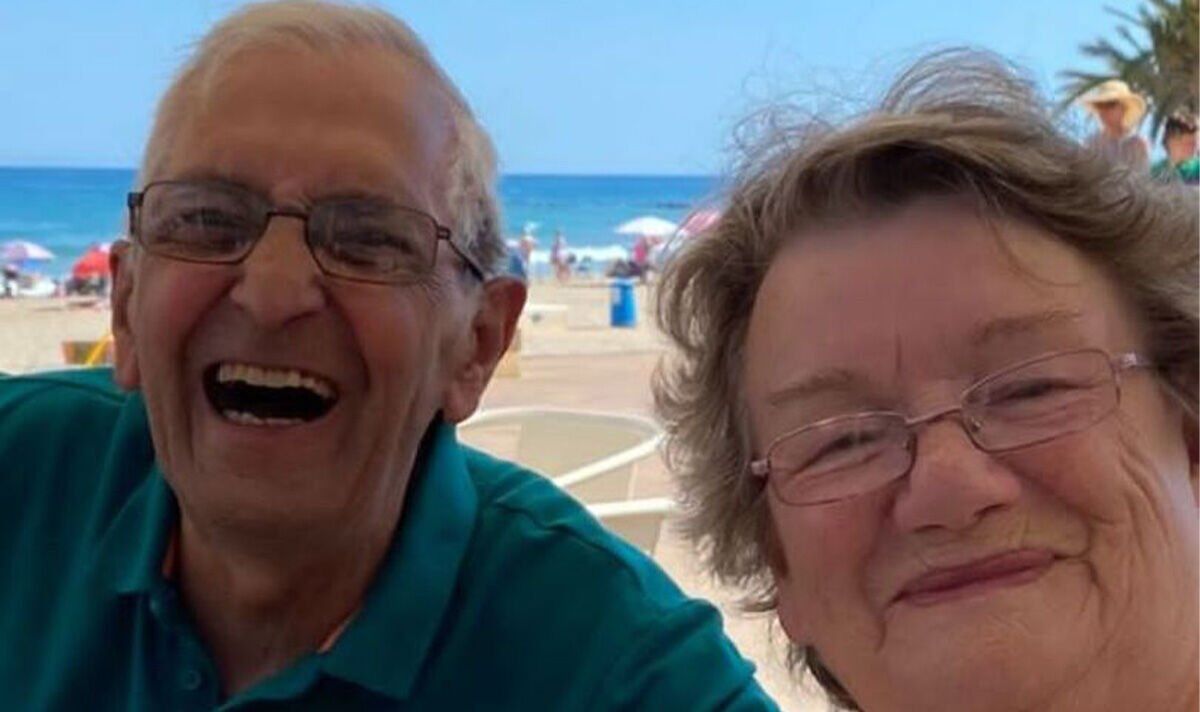 A retired couple saw their Ryanair flight leave without them – despite arriving at their gate early.

Margaret and John Harrop were resulting from fly out to Alicante on Ryanair flight FR4080 at 11am on September 28 to see their son Keith, after he moved to Spain.

However the couple said that they were forced to observe as their flight took off without them, whilst they were still waiting to be placed on the plane. In actual fact, Margaret and John were amongst seven individuals who watched the plane taxi onto the runway and leave without them from a special assistance vehicle just “yards away.”

Talking to the Chronicle Live, the couple also claim that they saw their luggage being faraway from the aircraft ahead of its take off.

The couple, from Kenton, Newcastle, had arrived on the airport well prematurely of their 11am flight, attending to the airport at 8.20am, depositing their suitcases and heading through security with out a hitch. They went to special assistance as Margaret is disabled, and were told to be at Gate 19 for 10am, saying that they arrived 20 minutes before.

They were then taken to board the plane and were waiting on a special assistance lift “10 or 20 yards” from the plane. Despite that, they weren’t capable of board – which Ryanair put right down to the special assistance provider’s failure to “fulfil their responsibility to those passengers causing them to miss their flight”.

John said: “We got considered one of these shuttle lifts that raises you up and puts you within the plane when you’re disabled, and we could see people getting onto the opposite side of the plane. We couldn’t see their faces, but then we began to see one or two bags being taken off and Margaret said to me, ‘that is our bag.’ I said, it will probably’t be.

“We were standing there for about 25 minutes after which swiftly, the plane began to maneuver and Margaret said that plane’s moving, and I said in fact it wasn’t we’re not on it yet! However it was.”

“The bloke in command of the shuttle was mumbling and he said there’s been a difficulty, but he would not say anymore.”

Margaret and John were then taken back to the terminal, where they were made to attend for “an hour, perhaps more,” while airport staff were “having a gathering.”

After apologising, the seven passengers left behind were promised places on the Jet2.com flight at 6am the next morning, which had eight vacancies. John and Margaret were also offered the choice of staying at a hotel on the airport, which the opposite five guests selected, or a taxi to go home and return for the flight the next morning.

Margaret, 76, said: “It was a little bit of a nightmare, we do not really know whose fault it was because we never got to know. We still do not know the complete story. I knew my son and his partner were over there waiting for us, it’s some time since we have seen them so it was very disappointing, especially having to return back to the horrible weather on Wednesday afternoon. It was so, so annoying and we were disenchanted not only because we didn’t get there on Wednesday, but because no one informed us about anything.

“All my medication was within the case and I didn’t know whether it was on the plane or not – I’ve got it now, but no one told us anything. We were there in a great deal of time, everybody was. We were just sitting within the departure lounge until they got here for us – it wasn’t any of our faults because we were already there.

Margaret’s son Keith said: “Luckily they have not got a hotel booked, they’re just staying with us. So they don’t seem to be losing any money, nevertheless it was upsetting for them.

“I used to be really annoyed just by the best way they were treated. My mam has bad mobility along with her legs, hypertension and just a few medical conditions, stress is the last item she needs.”

The couple are actually in Spain having fun with quality time with Keith and Lynne, on a 16-day trip as a substitute of the originally planned 17.

A spokesperson from Newcastle Airport said: “Following investigation, we will confirm that seven passengers that were assisted with their journey through the airport were unable to travel. The passengers arrived on the aircraft prematurely of the scheduled departure time but weren’t permitted to board the aircraft.

“Newcastle Airport assisted all customers affected by ensuring they departed on the subsequent available flight.”

A spokesperson from Ryanair said: “Special assistance at Newcastle Airport is provided by a 3rd party – not by Ryanair. We’re disenchanted that the third party provider at Newcastle Airport did not fulfil their responsibility to those passengers causing them to miss their flight.”

Ryanair declined to reply the Chronicle’s enquiries on why the plane didn’t wait for those on the special assistance vehicle and why Mr and Mrs Harrop’s luggage was faraway from the plane.