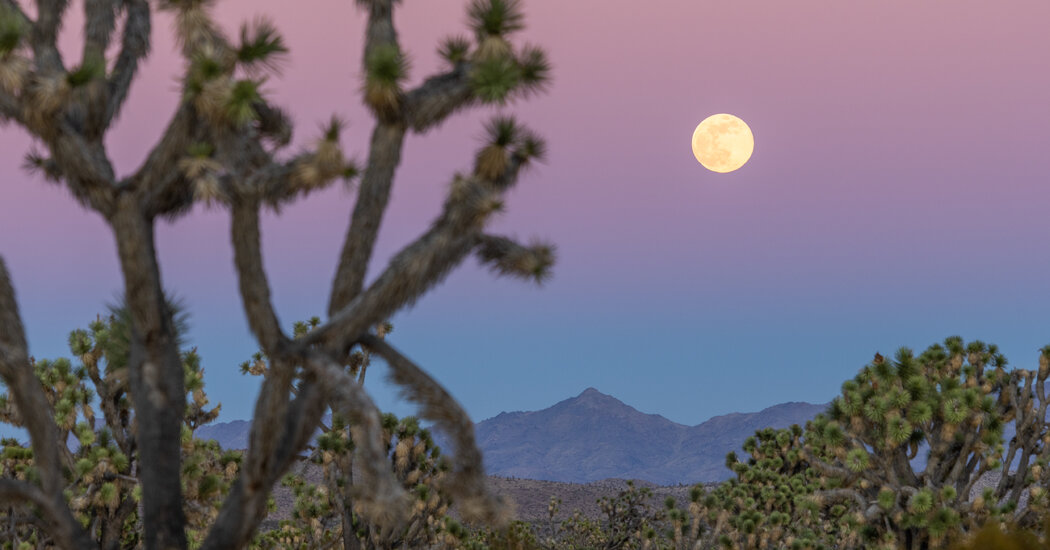 ‘After I checked out it, I knew who I used to be’

Earlier within the week, I had driven to Needles, Calif., to go to the Pipa Aha Macav Cultural Center (Pipa Aha Macav is the Fort Mojave term for “people by the river”). Driving south on Highway 95, I passed a sprawling solar project that eventually gave strategy to open desert. Creosote bushes, still green from the August monsoon, carpeted the valley. In the space, I could make out the silhouette of the Highland Range, crowned with dark piñon and juniper forests.

Johnny Ray Hemmers, a tribal council member, met me in the middle’s cultural classroom, where local youths learn traditional activities like painting, beading and dancing. Mr. Hemmers, 38, is a warm, quick-talking man with twinkling eyes. He spoke openly about his tribe’s long history within the desert and of the importance of Ave Kwa Ame. “As a baby, seeing the mountain meant so much to me,” he said. “After I checked out it, I knew who I used to be and where I got here from.”

Avi Kwa Ame, for the Fort Mojaves, isn’t a recreational place. Each October, members participate in a 34-mile ceremonial run that begins at the bottom of the mountain and continues all of the strategy to Needles, ending with a plunge within the icy Colorado River. The event honors traditional “spirit runners” who once ferried messages between tribes, just like couriers in ancient Greece.

I also spoke to a member of the Moapa Band of Paiutes, a neighboring tribe, who don’t count Avi Kwa Ame as their origin site, but still recognize its deep cultural relevance. “Our footprints are all throughout this area,” Shanan Anderson, the tribe’s cultural manager, told me.

The Fort Mojave tribe identifies itself because the mountain’s caretaker, and its members are not any strangers to environmental justice. In 1998, they successfully fended off a proposed nuclear dump site in Ward Valley, 20 miles west of Needles, and in 2006 marked a legal victory against Pacific Gas & Electric, whose pipelines threatened to seep toxic chromium-6 into the Colorado River. They’re confident that the campaign for Avi Kwa Ame will end in victory, too.

In June, Mr. Hemmers was a part of a delegation that met with Deb Haaland, the secretary of the Interior, on the foot of Avi Kwa Ame to clarify the positioning’s significance. Under craggy granite spires, the tribe sang traditional songs which were passed down over generations. After hearing their stories, Ms. Haaland was visibly moved. “She had tears in her eyes,” Mr. Hemmers recalled.