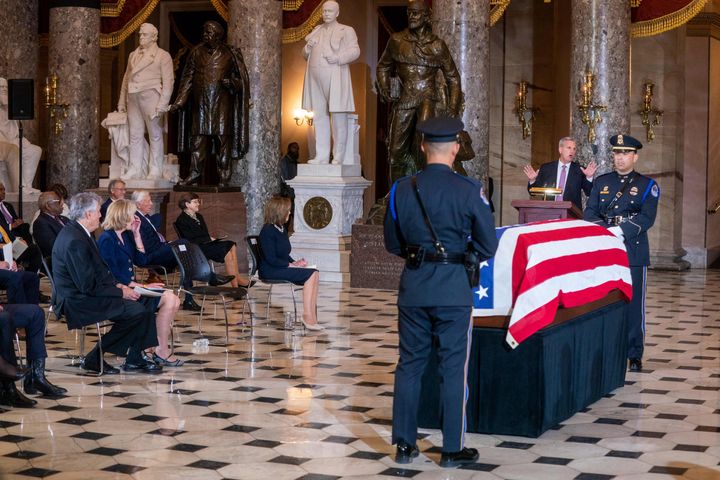 Sarah Palin, the previous Alaska governor and 2008 Republican vice presidential nominee, lost her bid for a political comeback Wednesday, falling within the election to fill the rest of the late Congressman Don Young’s term.

Palin was in a three-way runoff with fellow Republican Nick Begich, grandson of a former holder of the seat and nephew of former Alaska Sen. Mark Begich, in addition to Democrat Mary Peltola, the surprise winner.

But a rematch is within the offing, as Palin, Begich and Peltola were also on the ballot within the separate primary vote and qualified for the ultimate November vote for a full term because the state’s sole representative within the U.S. House starting in January 2023.

The election Palin lost was to fill out the few remaining months until the brand new 118th Congress is seated in January and was made vital by the death in March of Young, the Republican who had represented the state since 1973.

The Alaska special election that Sarah Palin lost was necessitated by the death in March of Rep. Don Young, who on the time of his death was the longest-serving House member. A public service was held for Young within the U.S. Capitol’s Statuary Hall.

Palin burst on to the national political scene in 2008 when she was picked by John McCain, a Republican senator from Arizona, to be his running mate for the White House. Palin, along with her populist rhetoric and take-it-to-them energy, was meant so as to add excitement to the campaign but as a substitute led many to query McCain’s judgment after she made a series of missteps.

Her primary finish in the highest 4 means she’s staved off a return to the political wilderness she experienced after McCain’s 2008 loss and her resignation as governor of Alaska in 2009. After that, she did various things to keep up a public profile, including a stint at Fox News as an analyst and appearing as a pink and purple costumed bear on Fox’s “The Masked Singer” reality show, where she sang Sir Mix-a-Lot’s “Baby Got Back.”

The election to switch Young was conducted using Alaska’s latest ranked-choice system, during which voters can select the order during which they like candidates and people rankings are used to eliminate candidates until one receives a majority of the vote.

The first ballot, nevertheless, was a conventional “pick one” line, and the highest 4 will probably be on a ranked-choice ballot in November.