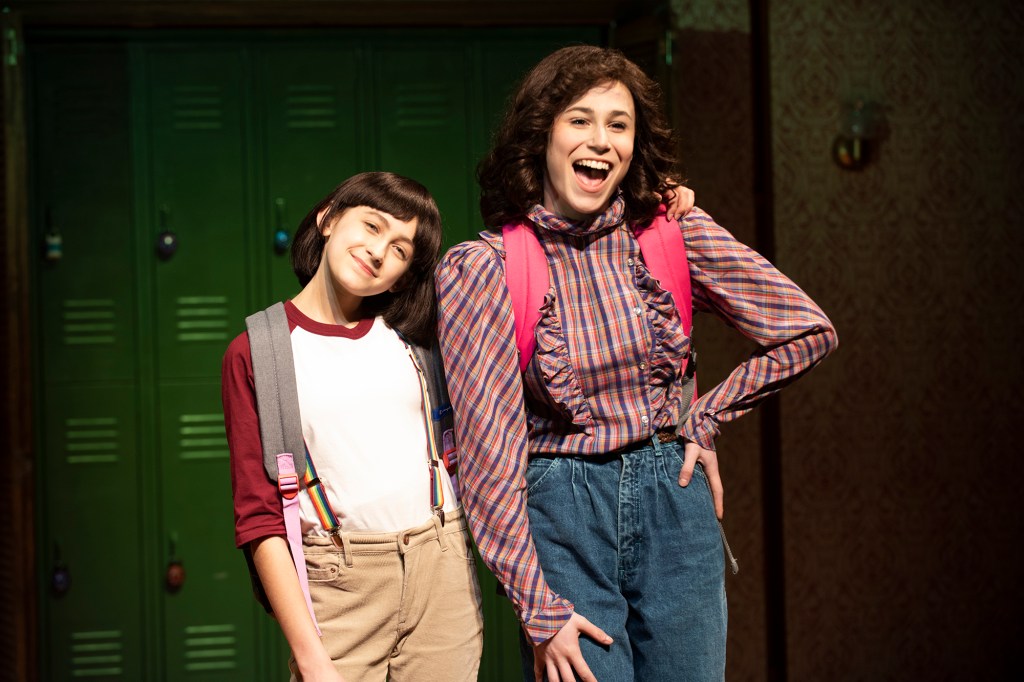 The brand new musical “The Bedwetter,” based on comedian Sarah Silverman’s memoir, shouldn’t be as tight as a fitted sheet.

Potential abounds within the tangled show, which opened Tuesday night off-Broadway on the Atlantic Theater Company, especially in its central idea: that, to the mile-a-minute mind of a 10-year-old, waking up wearing wet pajamas can feel as emotionally traumatic as an adult coping with divorce or depression. Life already sucks, even at 10.

“The Bedwetter” uses little Sarah’s nighttime problem as an insightful window into the struggles of the eccentric grown-ups in her family.

That smart framework screams out for a daring and moving musical. So why does it come off so slight and tentative?

Holding the show back essentially the most is an comprehensible flaw, considering the piece is a few big name: There may be way an excessive amount of Sarah in it.

At the beginning, the exuberant and proudly weird girl (Zoe Glick) shows up for her first day at a recent school in Bedford, Recent Hampshire, and introduces her family in peppy song.

Her pop (Darren Goldstein, perfectly solid) owns Crazy Donny’s Factory Outlet, a reduction women’s clothing store; her old-Hollywood-obsessed mom, Beth Ann (Caissie Levy), spends most of her days in bed reeling from a tragedy; her teenage sister Laura (Emily Zimmerman) is simply too ashamed to a lot as make eye contact with Sarah; and Nana (Bebe Neuwirth, miscast) is an acerbic alcoholic who has her granddaughter whip up Manhattans. Sarah grins and bears it, says “f–k” rather a lot and makes fart noises.

Comparisons to “Fun Home,” one other autobiographical musical about similarly aged kid with an unusual family dynamic, are unavoidable. Nonetheless, while that show went deep into the stormy lives of Alison Bechdel’s parents, “Bedwetter” is usually a light-weight, young-adult-style tale about Sarah. We don’t delve into her family nearly enough, and after we do, it’s casual and fleeting.

The humor also isn’t so sidesplitting as to make up for giving other characters the cold shoulder.

Within the musical’s book, by Silverman and Joshua Harmon, nothing is as hilarious as her stand-up or the fabulous “Sarah Silverman Program.” And the jingle-like tunes by Adam Schlesinger, the “Crazy Ex-Girlfriend” songwriter who sadly died of COVID in 2020, don’t get laughs like “I’m F–king Matt Damon” from “Jimmy Kimmel Live” or “No one’s Perfect” from Silverman’s music-heavy special “Jesus Is Magic.” 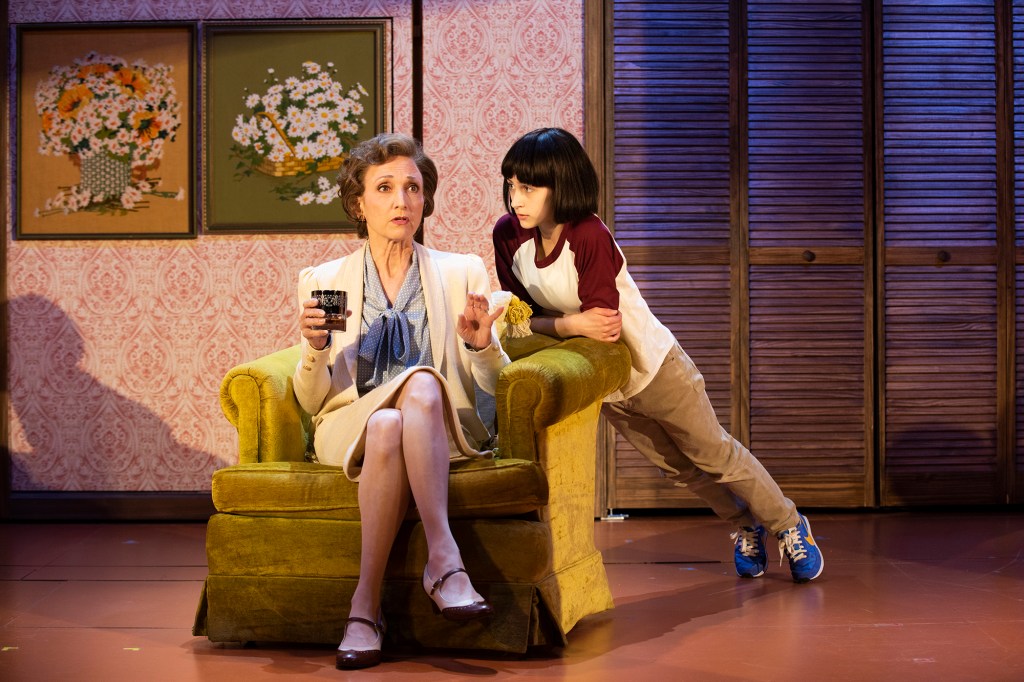 Nana (Bebe Neuwirth) drinks nonstop and makes a joke out of it. Ahron R. Foster

A lot of the funny is front-loaded into Act 1 (the booze gags are grating). Then within the second half, after Sarah’s friends (Charlotte MacLeod, Charlotte Elizabeth Curtis and Margot Weintraub) discover her bedwetting secret and a careless doctor prescribes Xanax for her outbursts, she becomes a shell of herself. A ghost. Noticing her grief, Nana and Beth Ann elaborate on the difficult roads they’ve also walked. Finally the show begins to be about something — however it’s too late.

Steeper hills to climb than the script are Anne Kauffman’s clueless direction and Laura Jellinek’s threadbare designs. The Silverman house, Nana’s abode, the varsity and a hospital room are all equivalent save for a bed here and a desk there. Bland partitions rotate to disclose blander partitions with a single sad shelf holding a couple of trophies or a TV set. For the theater that has housed Best Musical Tony winners like “Spring Awakening” and “The Band’s Visit,” plus the upcoming “Kimberly Akimbo” on Broadway, this set is surprisingly dowdy and devoid of character. 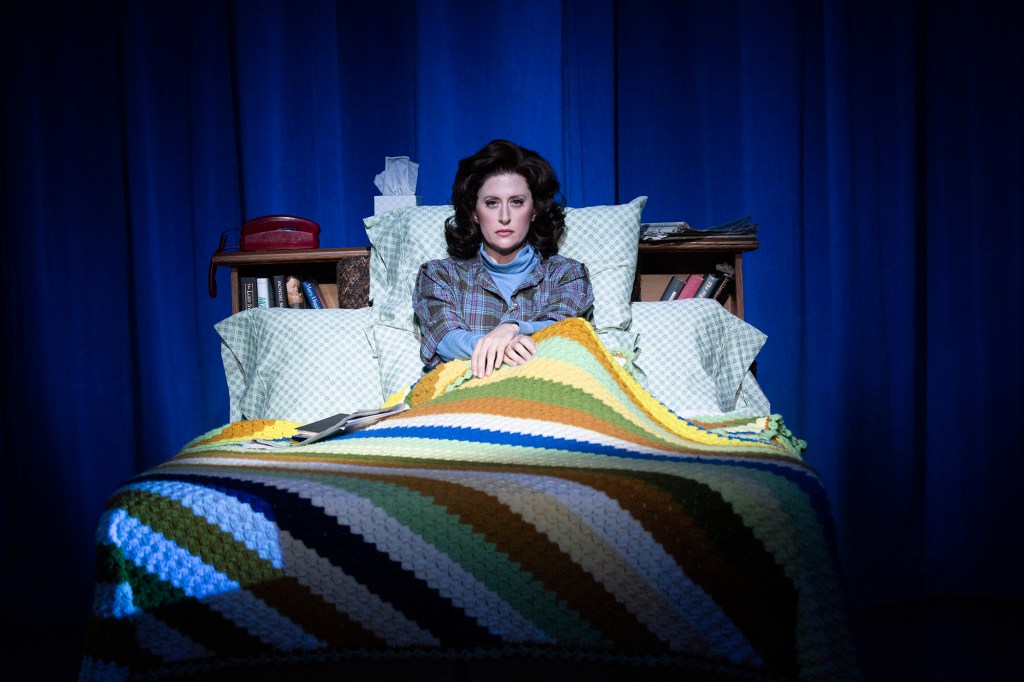 Kauffman, a professional at ushering recent plays to the stage, lacks musical theater chops. The numbers (choreography is by Byron Easley) feel as in the event that they were improvised on the last minute. And when characters speak, they are sometimes propped against a wall on the side of the stage, half visible, not landing jokes since the jokes haven’t been visually arrange or properly paced.

Probably the most poignant and attention-grabbing scenes belong to Levy, partially due to her open-hearted portrayal of an individual experiencing immense pain, but in addition since the bed she sits in is center stage. We will fully see her.

There are three superb comic performances: Goldstein bopping his head during a cheesy ’80s industrial for Crazy Donny’s is a scream; Rick Crom plays some wacko doctors and does a spot-on Johnny Carson; and Ashley Blanchet is campy because the fantastical Miss Recent Hampshire.

But they’re all stymied by a production that’s barely half-finished. The neglected “Bedwetter” needs some Pampers. Er, sorry — pampering.