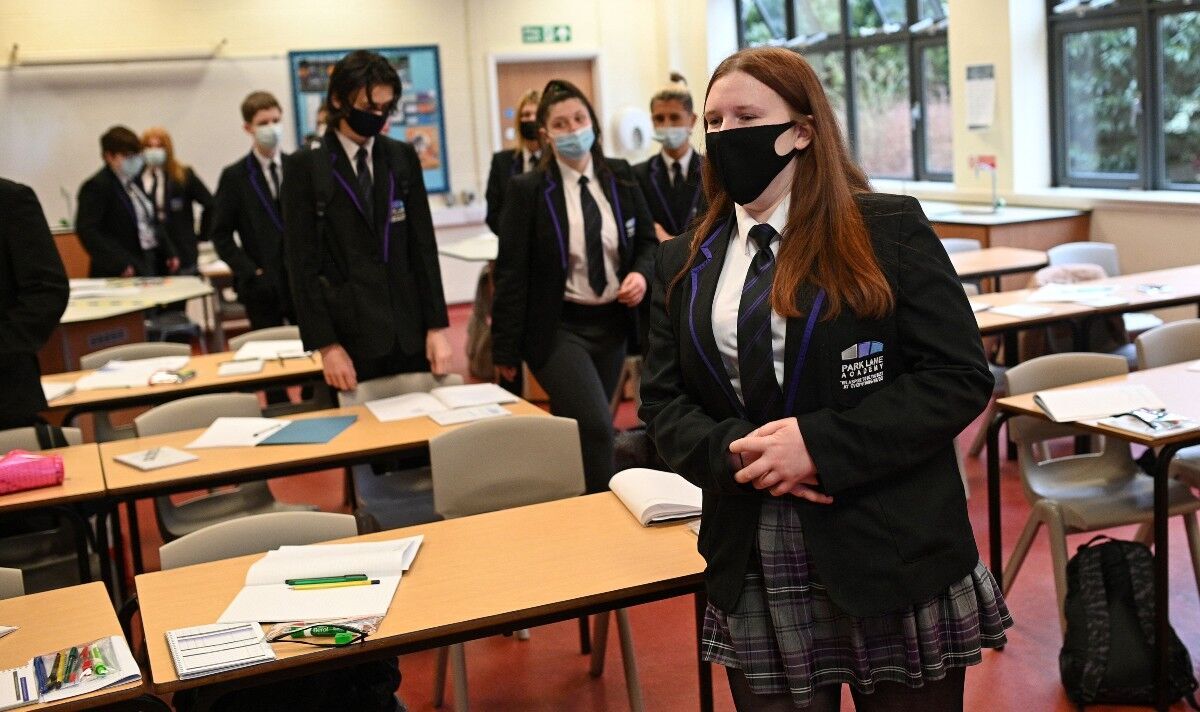 An authority has weighed in on whether schools might must close if the “tripledemic” of scarlet fever, RSV and COVID-19 gets worse. Dr Stephen Griffin, an Associate Professor on the Leeds Institute of Medical Research, has warned the UK might be “sleepwalking into the degrees of infection” which could cause serious harm to pupils and staff as a mix of lethal viruses threatens to spread faster.

If cases of all these viruses creep up again, Dr Griffin has warned schools should have the opportunity to go about business as usual, but provided that urgent preventative motion is taken now.

He told Express.co.uk: “During Autumn and winter there was an unusually high incidence of influenza across the country, coincident with RSV and SARS-CoV2 waves in addition to other respiratory viruses.

“Surprisingly, the extent of SARS-CoV2 in schools hasn’t been as dramatic as waves earlier this yr, possibly as a consequence of unprecedented levels of infections earlier in 2022 and ensuing immunity; in fact, this won’t last perpetually and the brand new variants are incredibly antibody-evasive. In fact, we’re also on our sixth “winter” by way of this virus in 22/23. The influenza wave (single) appears to thankfully be winding down.

“The degrees of influenza are as a consequence of an increased variety of susceptible children as a consequence of the past years where pandemic protections have literally eliminated influenza from our shores. With more infections comes more serious disease, in addition to possible predisposition to group A streptococcus (GAS), for instance…virus and bug infections are putting incredible strain on the already buckling NHS.”

This comes because the NHS is currently grappling with one among the hardest periods in its history as a crisis in emergency care unfolds.

As queues of ambulances pile up outside hospitals, while health trusts declare critical incidents. Health Secretary Steve Barlcay has said an increasing case of scarlet fever, Covid and flu is partially responsible.

Nonetheless, Dr Griffin argued that among the onus have to be on the Government, which he claimed could have helped limit the spread by promoting the correct messaging.

He said: “Could more have been done, and are we again sleepwalking into the degrees of infection that will compromise each staff and students’ wellbeing to the extent that schools close?

“We knew flu can be bad this yr, but no efforts were made to start annual vaccinations early, to advertise their value, or to broaden their availability. The messaging around COVID vaccinations in children has been woeful, with uptake in under 12s around 10 percent despite excellent efficacy and safety on this age group. Sadly, there isn’t any vaccine for RSV, but as GAS is understood to follow viral infections, it’s conceivable that the degrees of scarlet fever, for instance, might have been reduced by stopping the surge in flu cases.”

He also hinted that schools can have not even needed to shut through the later stages of the pandemic if the correct preventative measures were put in place on time.

Dr Griffin said: “Little or no has been put in place to mitigate school transmission of SARS-CoV2 through the pandemic, despite our now-advanced knowledge of how you can control aerosol spread and that the identical measures are even simpler against viruses that spread primarily by droplets (e.g. influenza).

“Multiple studies showing the positive effects for improved air quality (which also improves cognition and reduces pollution as an added bonus!) and masks in the varsity setting, particularly from the US.

“Hand washing has a minor role to play re SARS-CoV2, but is extremely effective against e.g. flu, norovirus and other school infections. Combined with a tunnel-vision attendance drive and isolation guidance that relies upon symptoms moderately than the potential to spread infection, it’s little wonder that children and staff have gotten increasingly ailing.”

Nonetheless, it isn’t too late. Dr Griffin argued that schools closures, that are a “last resort”, is not going to should occur “if motion is taken soon and before the difficulty reaches a critical point”.

He added: “Holidays and closures have provided ample time for improvements to infrastructure to be made, but nothing beyond CO2 meters and a paltry variety of filtration units have materialised. Measures like this prevent the necessity for extreme measures, and to delay their implementation is a false economy over the long term.”

This also comes after teachers voted to go on strike motion following a pay dispute. Schools in England and Wales are gearing up for his or her first national strike day on February 1. In England, head teachers will need to make your mind up whether their schools should close.

Greater than 23,000 schools in England and Wales are expected to be hit by the primary walkout, with heads given guidance on switching to Covid-style online lessons in the event that they lack enough staff to stay open.

Express.co.uk has approached the Department for Health and Social Take care of comment.