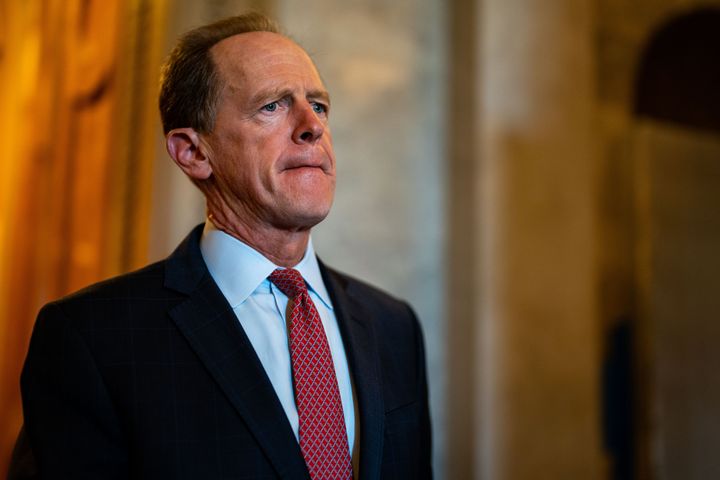 The Senate on Tuesday passed a bill to expand health care and disability advantages to thousands and thousands of veterans — lower than per week after greater than two dozen Republicans blocked it and drew outrage from the veterans’ community, comedian Jon Stewart and others.

The Promise to Address Comprehensive Toxics Act, or the PACT Act, passed in a 86-11 vote. It now heads to President Joe Biden’s desk to be signed into law.

It must have passed the Senate last week. The same version of the PACT Act passed the Senate in June, in an 84-14 vote. It’s not particularly controversial: It might allow soldiers, sailors and airmen exposed to pits of burnt waste in combat zones to be covered by the Veterans Affairs health care system for related illnesses. Lots of these vets got sick from exposure to burn pits throughout the Afghanistan and Iraq Wars.

But last Wednesday, right after the news broke that Sen. Joe Manchin (D-W.Va.) and Senate Majority Leader Chuck Schumer (D-N.Y.) had struck a deal on an enormous tax and climate change package, 25 Republicans unexpectedly blocked the PACT Act despite previously voting to advance it. It made no sense, except within the context of Republicans having a full-blown tantrum a couple of Democratic deal they didn’t like and taking out their anger on a completely unrelated veterans bill.

Sen. Pat Toomey (R-Pa.) led the GOP effort to dam the bill, saying he desired to add an amendment related to budgetary spending.

Sen. Pat Toomey (R-Pa.) led the GOP effort to dam the PACT Act, a bill to expand health care and disability advantages to thousands and thousands of veterans.

The GOP vote to dam the bill spurred veterans to indicate up outside the Capitol in protest, a few of whom had been camped outside of the constructing for days. Stewart, who has advocated on behalf of veterans for years, joined them and tore into Republicans as “stab-vets-in-the-back senators.”

“If that is America first, then America is fucked,” Stewart fumed.

But on Tuesday, Republicans folded and agreed to maneuver forward on the bill on the condition that they might get votes on three GOP amendments. Sen. Rand Paul (R-Ky.) wanted to cut back aid to other countries to assist pay for the PACT Act. Toomey wanted to categorise funding for the PACT Act as discretionary versus mandatory. Sen. Marsha Blackburn (R-Tenn.) desired to shift veterans care into private community care.

All the amendments failed.

Just before the bill passed, Sen. Jon Tester (D-Mont.), the bill’s sponsor, tweeted a video of Stewart hugging him and thanking him outside the Capitol for getting the bill done.

“My man, pots and pans!” Stewart shouted at Tester.

“You brought this thing through and also you made this occur,” he said, walking together with his arm across the senator. “And these guys know that, they usually appreciate it.”