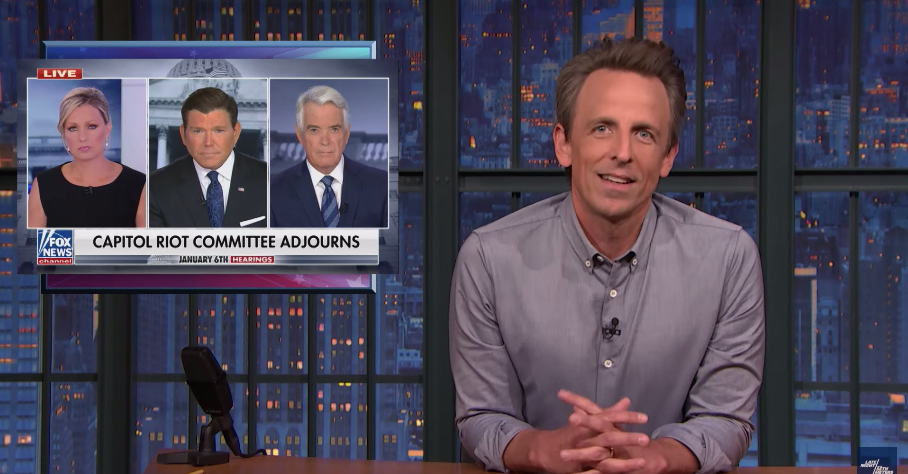 Welcome to Better of Late Night, a rundown of the previous night’s highlights that allows you to sleep — and lets us receives a commission to observe comedy. Listed here are the 50 best movies on Netflix straight away.

Cassidy Hutchinson’s testimony continued to be the talk of late night on Wednesday. The previous Trump White House aide’s statements on Tuesday were so powerful that Fox News hosts appeared speechless on air, specifically an extended, awkward pause during a broadcast with Bret Baier, Sandra Smith and John Roberts.

“They couldn’t decide on a coherent narrative the best way they typically do,” Meyers said. “They simply cycled through a bunch of various lines, from screaming about media bias to claiming everyone knows Trump gets indignant to dismissing Hutchinson as a low-level staffer who supposedly had ulterior motives.”

“Oof. That’s like once you get within the automotive along with your parents after they took you to a movie that had far more nudity than they were expecting.” — SETH MEYERS

“Andrew, honey, I hope you already know that you just lost, not due to your swollen bee sting head, or since you’ve got a smile like a jack-o’-lantern, or because you could have zero qualifications. You lost because your last name is now toxic, because your dad had one week after 9/11 when he was considered a hero, but then he blew it when he went [expletive] nuts.” — CHELSEA HANDLER, guest host of “Jimmy Kimmel Live”

“There are such a lot of questions left unanswered. Would Andrew have lost if his dad didn’t attempt to overthrow democracy from a landscaping store, or sweat gravy during a press conference? We’ll never know.” — CHELSEA HANDLER

Ariana DeBose will sit down with Jimmy Fallon on Thursday’s “Tonight Show.”