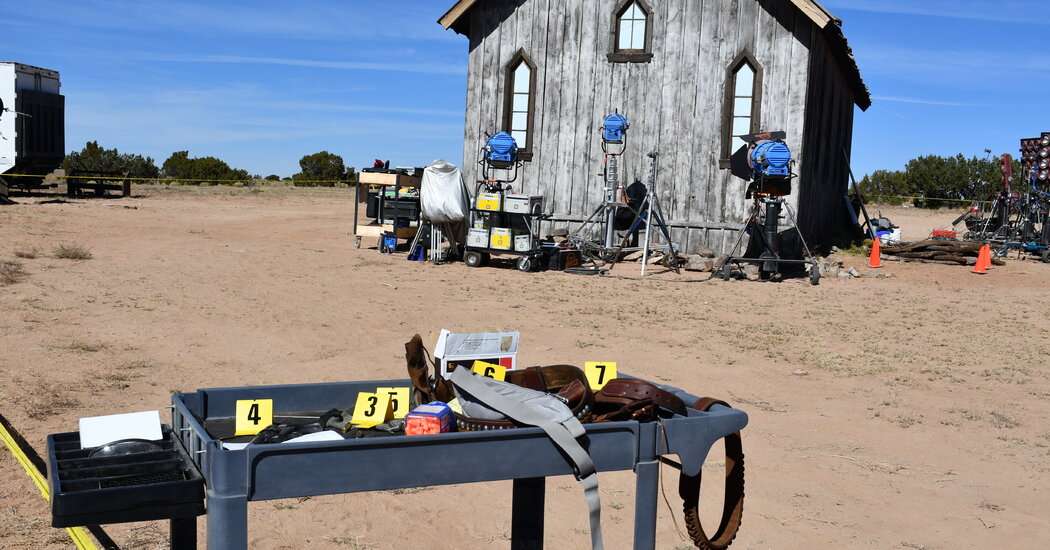 One got here in a note to investigators from Thell Reed, Ms. Gutierrez-Reed’s father, a outstanding Hollywood armorer who had trained her. Mr. Reed wrote them that a month or two before the “Rust” shooting, he and Mr. Kenney trained actors on a special set at a gun range with live ammunition. After the training, Mr. Reed wrote, Mr. Kenney kept the live rounds and took them back home with him — later telling Mr. Reed that he desired to keep the rounds.

A detective also questioned Ms. Gutierrez-Reed about dummy rounds that she had brought from a recent film on which she was an armorer — a western called “The Old Way,” starring Nicolas Cage.

Ms. Gutierrez-Reed told investigators that at one point during her work on “Rust” she noticed a shortage of .45 Long Colt dummy rounds. After asking Mr. Kenney where she might find more, she said, he asked her to ascertain the provision of dummy rounds from “The Old Way.” In doing so, she found a bag stuffed with a “bunch of loose dummies” in her automotive, Ms. Gutierrez-Reed said. She noted that she had checked to be certain all of those rounds were dummies before bringing them to the set of “Rust.”

The filming of “Rust,” a few grizzled outlaw attempting to help his teenage grandson escape a death sentence, is scheduled to resume in January as a part of a settlement reached by the producers and Matthew Hutchins, Ms. Hutchins’s husband. The production just isn’t planning to return to Recent Mexico and is considering other filming locations, including California.

Within the aftermath of the fatal shooting, some involved with the film publicly criticized the security standards on set, including in lawsuits which are still pending. Ms. Gutierrez-Reed and Ms. Zachry acknowledged in interviews with investigators that there had been two accidental discharges of blanks on set before the shooting that killed Ms. Hutchins. Ms. Zachry by accident discharged a gun while pointing it at the bottom near her feet, she told a detective, and that very same day, a stuntman by accident discharged a rifle.