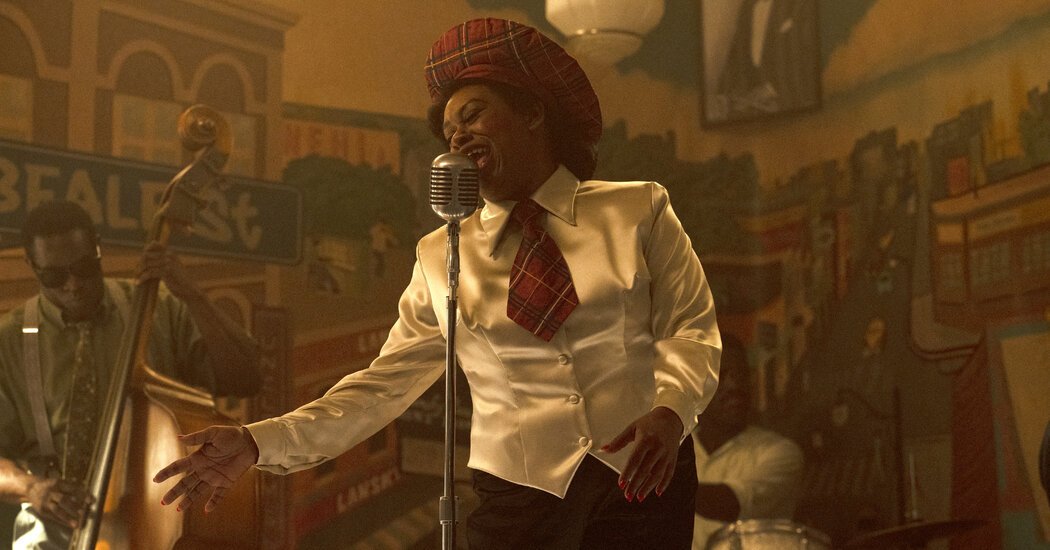 Shonka Dukureh, who made her Hollywood debut last month because the soulful blues legend Big Mama Thornton in “Elvis,” died on Thursday in Nashville. She was 44.

The Metropolitan Nashville Police Department confirmed the death but didn’t provide a cause, saying only that no foul play was evident. One in every of her two young children found her unresponsive in her bedroom and ran to alert a neighbor, who called 911 at 9:27 a.m., the police said.

“Elvis,” the biopic of Elvis Presley that starred Austin Butler and Tom Hanks, was Ms. Dukureh’s first major acting role. In playing Big Mama Thornton, the singer and songwriter who recorded “Hound Dog” in 1952, a yr before Elvis Presley did, Ms. Dukureh found a job that melded her booming voice along with her apparently emerging acting chops.

Her cover of “Hound Dog” especially captivated audiences. She also intended to release a studio album, titled “The Lady Sings the Blues,” based on her website.

Ms. Dukureh, who was from Nashville “by the use of Charlotte, N.C.,” originally planned to develop into a teacher and held a master’s degree in education from Trevecca Nazarene University, based on her website. She as a substitute pursued the humanities, using her powerful voice while touring internationally with Jamie Liddell and the Royal Pharaohs and performing quite a lot of other featured and background vocals.

Ms. Dukureh also held a bachelor’s degree in theater from Fisk University, based on her website.

Her performance in “Elvis” rapidly earned her fans, including from her fellow castmates. Olivia DeJonge, who played Priscilla Presley within the film, told Entertainment Weekly that watching Ms. Dukureh “was a spiritual experience.”

“To look at a star essentially be born, to have something in her type of break free, was just — it was insane to observe,” Ms. DeJonge said.