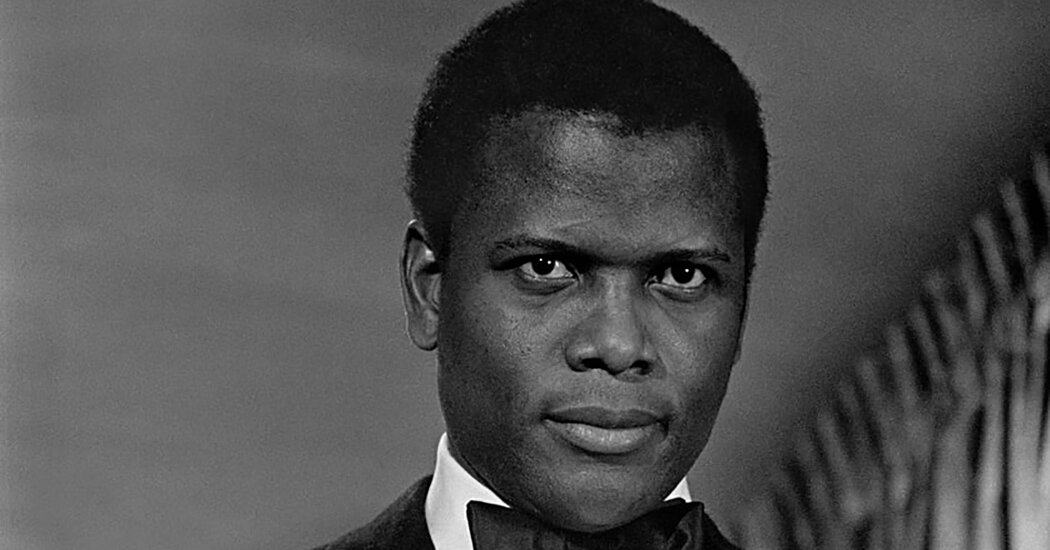 “Sidney,” a documentary in regards to the actor and filmmaker Sidney Poitier, who died in January, is a compendium of hero worship. The director is Reginald Hudlin, but, in tone and temperament, this lovingly assembled encomium is peak Oprah Winfrey. As considered one of the film’s producers and a detailed friend of Poitier (whom she calls her “great Black hope”), Winfrey glows with emotional authenticity. Her breakdown at the tip is unexpectedly moving, if not entirely unexpected.

Oblivious to the film’s fire hose of adulation and thicket of talking heads, Poitier (speaking mainly in a 2012 interview with Winfrey) softly addresses the camera, unfailingly modest and supremely chill. Around him, Hudlin unrolls a life that, Poitier believed, fulfilled the predictions of the soothsayer his mother consulted when he was not expected to survive infancy. Having exchanged Bahamian poverty for Jim Crow-era America, barely literate, he claimed, and baffled by segregation, Poitier discovered that acting was therapy, a option to express the various personalities roiling inside him. (Much later, he would require a few years of actual therapy partly to process his love affair with the gorgeous Diahann Carroll.)

Painstakingly thorough, “Sidney” scans a profession freighted with political and social significance, its litany of firsts — including the primary Black leading man to win an Oscar for best actor; the primary Black director to make a $100 million movie — no deterrence to those that would later accuse Poitier of subservience to the desires of white audiences. Spotlighting the courage of Poitier’s civil rights activism and the daring of his acting decisions, Hudlin labors to convey their significance to Black Americans: The person who had grown up without ever seeing a mirror was now tasked with reflecting Black lives back to an audience avid for recognition.

The inescapable impression is of an image buckling beneath the load of its subject’s achievements. Yet there are moments when the main focus shifts and the movie shrugs off its hagiographic shackles: Lulu, the Scottish pop star, belting out the theme of “To Sir, With Love” (1967), her pipes barely corroded; the tart, mischievous interjections of interviewees like Denzel Washington and Spike Lee; and Poitier’s first wife, the admirable Juanita Brady, explaining how she gave her inexperienced spouse critical financial advice, even selling her mink coat to take a position in “A Raisin within the Sun,” the 1959 stage play through which he starred.

These interludes act like lemon juice squirted on heavy cream, temporary reagents in a movie that, despite the meticulousness of its making, seems a peculiarly orthodox tribute to a revolutionary life.