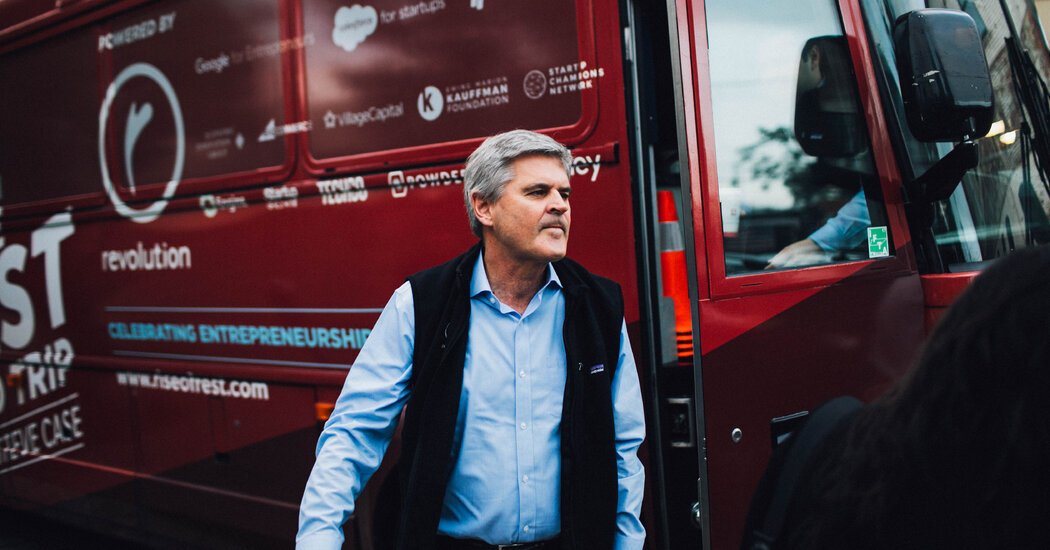 I’ve heard some concern, particularly when the Supreme Court decision [overturning Roe vs. Wade] was made. But I even have not heard of any specific individuals who were going to maneuver and decided to not, or had moved and decided to depart.

You lived through a tech bust. Are there similarities to what’s happening now?

In the primary decade of AOL, no one knew or cared concerning the web, nor cared about AOL. Within the second decade, suddenly everybody desired to get online, and AOL ended up being the on-ramp. And when that was happening, you saw our stock price soar. Others said, “Wow, this web thing is absolutely interesting.”

And suddenly there have been lots of of other dot-com firms, a lot of which were concept stocks that went public quite early. After which in 2000, obviously, it turned. Today, it’s fair to say that we’ve seen a 13-year bull market, with valuations holding for many firms, especially at historic levels for fast-growing tech firms. Recently, policy changes around things like rates of interest have resulted in among the air coming out of that balloon.

What’s different is that almost all of the businesses which have gone public within the last five years are more fully developed. And so what’s happening now’s a reset of their valuation. However the overwhelming majority of the businesses will still be around years from now, versus what we saw in 2000.

How could rising rates mess with tech investing? What sort of firms do you think that are most vulnerable immediately to missing out on investment at a 3 percent or 4 percent benchmark rate?

What we’ve seen thus far is more of a reset within the later-stage growth rounds, including by among the very energetic crossover funds — Tiger and others — which are pulling back from investing in public firms. In the sooner stages, whenever you’re investing, call it one million dollars, and the valuation is likely to be $10 million, there’s going to be less of a reset than when firms are value lots of of thousands and thousands and even billions.