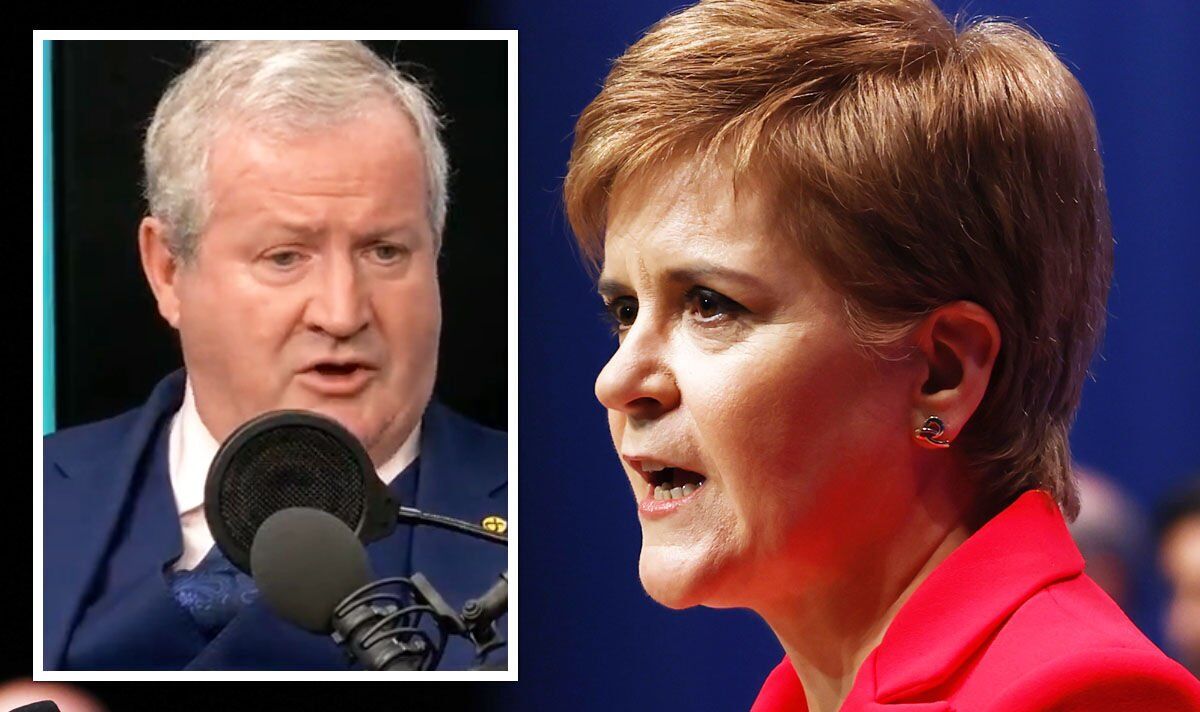 Ian Blackford has denied suggestions he “detests” the Conservative Party, in wake of unprecedented statements made by Scotland’s First Minister. Speaking from Aberdeen, Nicola Sturgeon made clear her attitude towards the Tory Government as she declared she loathed the party and “all the things they stand for”. The SNP Westminster didn’t echo the comments of his party leader but suggested he “understood” why the First Minister had spoken in such dramatic terms.

Speaking on The News Agents podcast, Emily Maitlis asked: “Do you detest the Tories, Ian? – Which is what your boss, Nicola Sturgeon, says.”

Blackford promptly replied: “No, I don’t.”

He continued: “I detest the impact that they’re having on real people’s lives but I attempt to take the personality of the person out of it.

“At the top of the day, it’s the impact of the policies which is vital.”

The statements of the SNP Westminster Leader come after Nicola Sturgeon targeted the Conservatives in a scathing attack during a BBC interview.

The Scottish First Minister said: “If the query to me is, would I prefer a Labour government over a Conservative government, I detest the Tories and all the things they stand for.

“It will not be difficult to reply that query – yes.”

Mr Blackford was asked if he thought the First Minister had gone “too far” in her criticism of the Tory Party.

He responded: “I can understand why the First Minister spoke in the best way that she did within the context of where we’re today. We’re talking about how that is going to affect people.”

Read more: Sturgeon betrayed as LBC caller says IndyRef2 ‘to do away with’ SNP