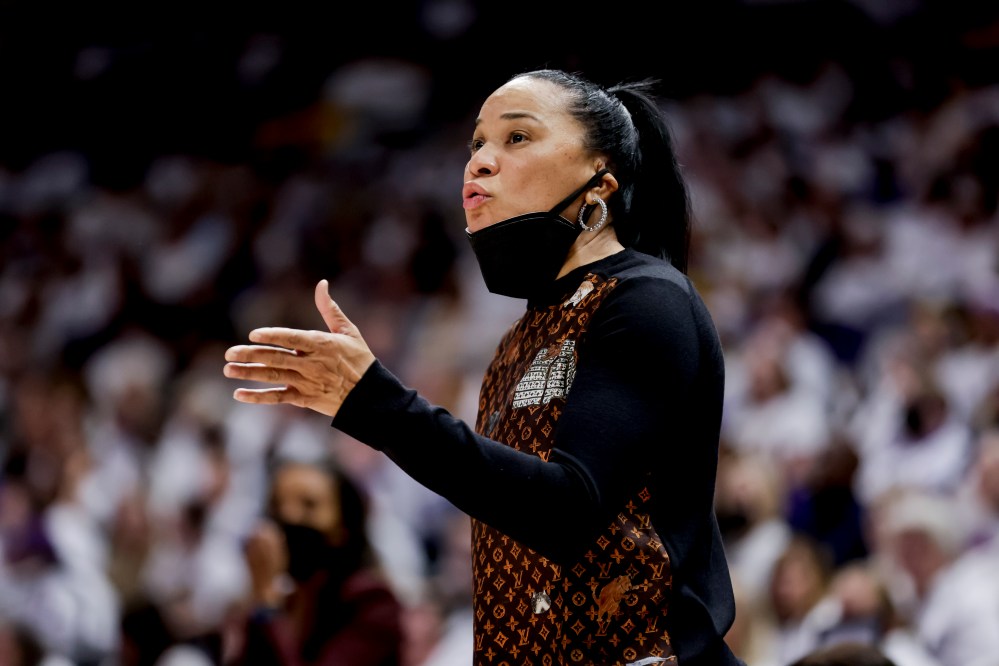 Dawn Staley’s program at South Carolina is coming off one of the dominant seasons in women’s college basketball history, going 35-2 and winning a national title with relative ease. While Staley is firmly entrenched in Columbia, she wasn’t shy about how she’d fare as an NBA head coach in a recent interview with Mackenzie Salmon.

“I feel I might be successful with whatever I apply myself to,” Staley said. “The discipline that I actually have, and being successful [as I’ve been], are the identical things that I’d do if I used to be put in that situation.”

Staley signed a seven-year, $22.4 million contract with South Carolina prior to the 2021-22 season, making her the second-highest paid coach in women’s college basketball. She’s not going anywhere anytime soon, but she did say she sees no reason why women couldn’t coach men’s basketball at the very best level.

“I don’t think there’s an enormous difference in coaching since it’s people. You’re coaching people,” Staley said. “The sport strategy, tactics, schemes, all of that, will be learned. You actually can’t learn to relate to people.

“Athletes need to win. They need to get well. They need relationships, they need someone to imagine in them and so they wanna imagine in people. And once you have got that dynamic … you may be truly successful.”

Q&A: Dawn Staley on why it’s the proper time for her latest podcast, South Carolina and, in fact, sneakers