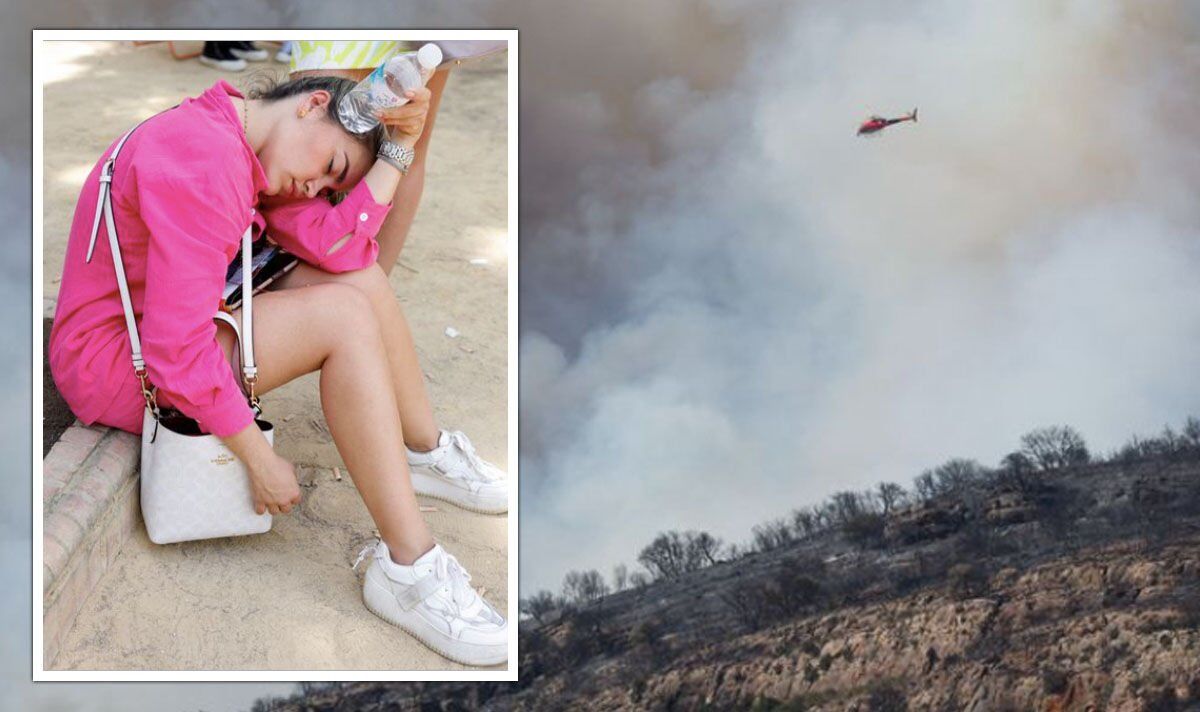 Spain is an especially popular destination amongst Britons attributable to its typically glorious heat. Nevertheless, tourists are being warned of maximum weather conditions.

On June 18, in Zaragoza, firefighters battled against the weather.

Dry and windy conditions have caused wildfires across the country.

Zamora, which is on the border with Portugal, was one in all the worst affected areas.

A whopping 11 villages were evacuated and around 500 firefighters were enlisted to place out the flames.

There have been no reported injuries or fatalities in consequence of the fireplace.

A stag do in Zaragoza, where participants dressed as Romans, told Reuters that they were drinking as much water as beer attributable to the tremendous heat.

With so many Britons flocking to Spain each summer for some respite and a few sun, it’s that they’re aware of the acute heat and risk of wildfire.

Official website GOV.UK told Britons what they need to learn about forest fires in Spain.

It said: “Forest fires occur continuously in Spain (including Spanish islands) throughout the summer months, when temperatures usually reach over 40ºC.

“There are strict regulations across much of Spain against lighting outdoor barbecues in forest areas and penalties imposed include heavy fines.

“Some regions prohibit the use of outside barbecues in public picnic areas throughout the summer months.”

While there was no official guidance against travelling to the country, Britons must remain vigilant.

Forest fires will often occur in the summertime months so the present blazes have arrived sooner than usual.

Gov.uk concluded: “Check on the outbreak of fires with the local civil protection authority and report any you see immediately to the emergency services on 112.”