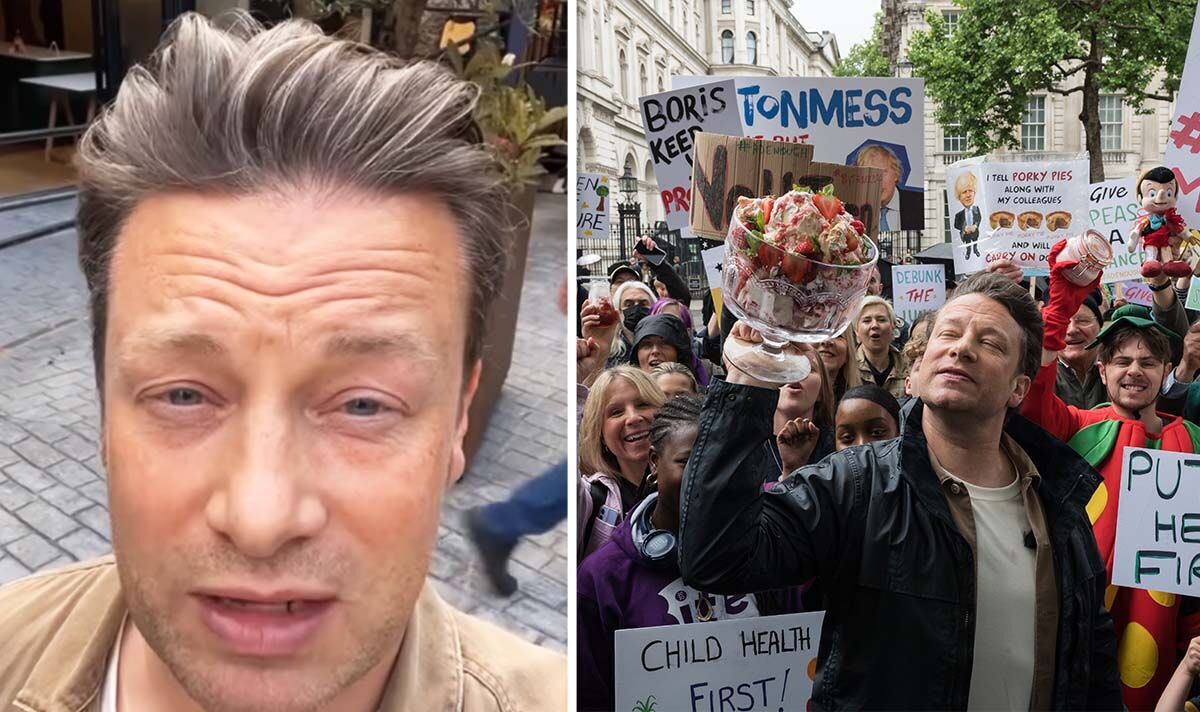 Jamie Oliver, 46, has received a wave of support after he led a protest outside Downing Street over the federal government’s U-turn on its anti-obesity strategy. The gang of around 100 people were demanding a ban on multibuy and Buy-One-Get-One-Free deals on unhealthy foods.

Friday’s demonstration saw the celebrity chef carrying an enormous Eton Mess which he said was a reference to the “privilege and mess that’s our British government”.

Following the protest, Jamie took to Instagram to thank those that joined him.

Sharing an image of the demonstration, the chef penned in view of his nine million followers: “An enormous thanks to everyone that got here to Number 10 today.

“It was crazy, but we did what we wanted to do, to officially hold the federal government to account on their child health U-turn.

“I used to be touched and inspired by how lots of you got here from far-off to support us…we will push on.”

In a follow-up video, Jamie expressed how grateful he was once more.

Speaking on to the camera, he said: “It was a busy day, it was raining, and there have been so many amazing folks that got here from all around the country, from all backgrounds. There have been teachers, professionals that work on the frontline, kids, students, I used to be so grateful so thanks a lot in the event you got here.

“Hopefully we did the cause proud.”

And Paul penned: “Thanks Jamie for all of your labor for the youngsters of Britain even when the federal government and Boris don’t give a dam.”

Nevertheless, some people have criticised the protest as “tone deaf” amid the present cost of living crisis.

James commented: “Only a thought, why don’t you push the federal government to make healthy options more cost-effective?

“To some people at once they’re buying whatever they will afford and most often that can be unhealthy options. Taking those options away at this moment in time will only harm people more.”

“How about as a substitute of scrapping money saving deals on food, we make healthy food cheaper? We help the fee of living? We give higher access to child care?”

And Ash added: “Jamie Oliver is becoming increasingly tone deaf, and perhaps HE is the one which needs an Eton mess pudding in his face.”

Jamie was asked on the protest whether his campaign was out of touch at a time where families are struggling to place food on the table.

“We would like to place child health first, the strategy was looking world class and now it doesn’t.”