Starbucks Executive, Distinguished in Push Against Union Drive, Will Leave 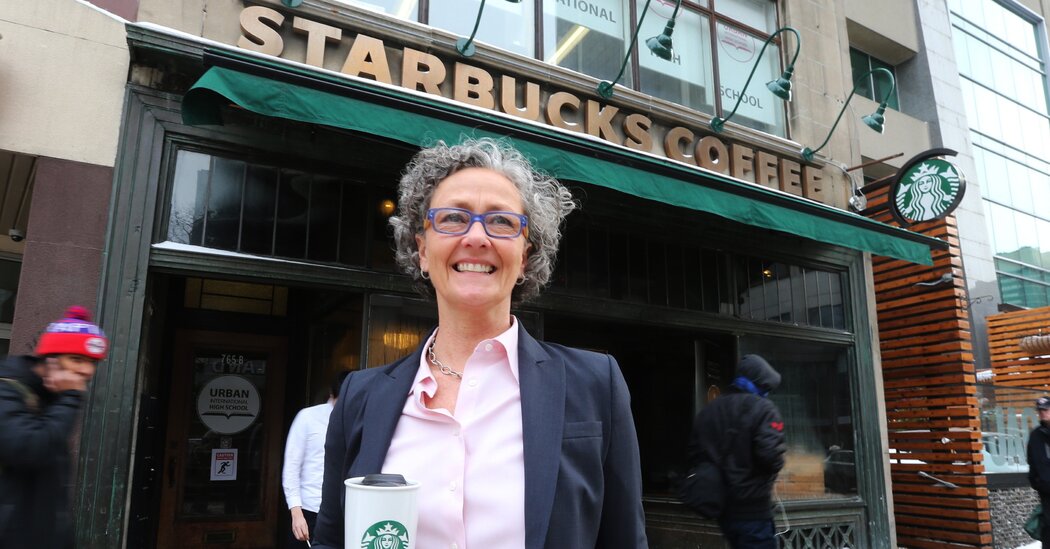 Starbucks said Friday that an executive who played a key role in the corporate’s response to a growing union campaign would go away by the top of the month.

In a letter to employees, whom Starbucks calls “partners,” the corporate’s chief operating officer said that Rossann Williams, the president of retail for North America, could be leaving after 17 years at the corporate. The letter said the choice was “preceded by discussion a few next opportunity for Rossann throughout the company, which she declined.”

John Culver, the chief operating officer, added within the letter that Ms. Williams “has not only been a fierce advocate for our partners, but she has been a champion of our mission, our culture and operational excellence.”

Since December, when a store in Buffalo became the one certainly one of Starbucks roughly 9,000 corporate-owned stores with a union, the campaign has spread rapidly across the country.

The union has won over 80 percent of the greater than 175 elections wherein the National Labor Relations Board has declared a winner, and employees have formally sought elections at greater than 275 stores in all.

After employees at three Buffalo-area stores filed for union elections in August, Ms. Williams went to town and spent much of the autumn there leading the corporate’s response to the campaign. She spent many hours in stores, asking employees about concerns that they had at their workplaces and even pitching in on tasks like throwing out garbage.

But some employees said the presence of such a high-ranking official of their stores was intimidating and even “surreal.”

Labor experts also raised concerns that Ms. Williams and other Starbucks officials deployed to the stores could possibly be violating labor laws by intimidating employees and effectively offering to enhance working conditions if employees voted against unionizing.

The National Labor Relations Board later issued a criticism against the corporate along these lines, after investigating and finding merit to the accusations.

The corporate denied that it had violated the law and has long said that it’s searching for to deal with operational issues like understaffing and inadequate training, efforts it said had preceded the organizing campaign.

In response to a matter about whether she or the corporate is perhaps undermining the conditions for a good union election, Ms. Williams said in an interview in October that she had no alternative but to intervene.

“If I went to a market and saw the condition a few of these stores are in, and I didn’t do anything about it, it could be so against my job,” she said on the time. “There’s no way I could come here and say I’m not going to do anything.”

Mr. Culver’s letter said that Ms. Williams could be replaced by Sara Trilling, who most recently oversaw the corporate’s operations within the Asia-Pacific region.