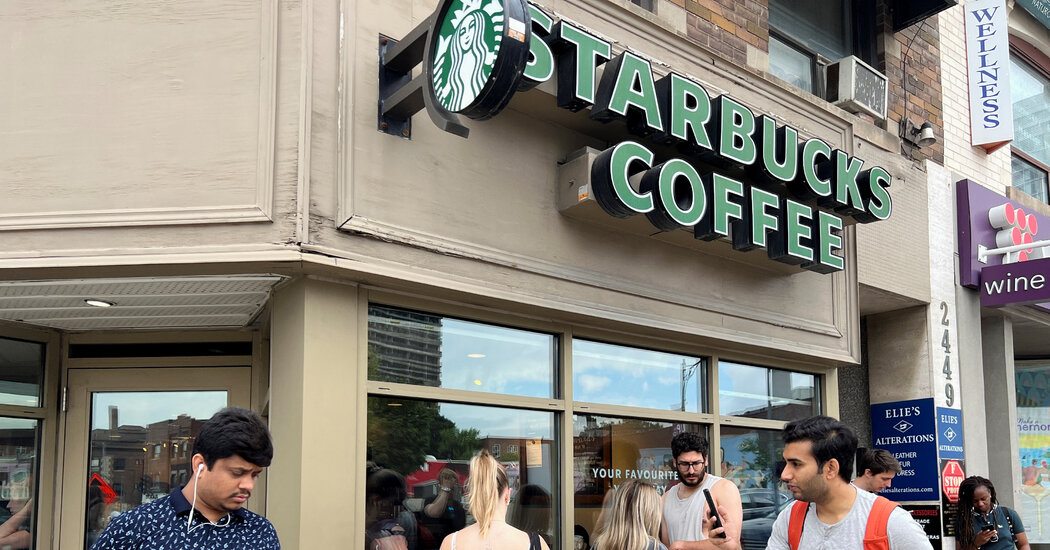 Customers flocking to Starbucks and ordering Pineapple Passionfruit refreshers and Iced Shaken Espressos helped propel the coffee giant’s revenue to a record $8.2 billion in the newest quarter, the corporate said on Tuesday.

And while McDonald’s and other restaurants and food firms which have reported earnings over the past couple of weeks have noted that they were starting to see customers slowing their spending or trading right down to cheaper items on their menus, executives at Starbucks said its customers — and specifically the Generation Z cohort — showed no signs of reducing their intake of Iced Cinnamon Dolce Latte anytime soon.

Howard Schultz, Starbucks’ founder and interim chief executive, said cold beverages, which accounted for 75 percent of its beverage sales within the quarter, were a Gen Z favorite because young consumers prefer to customize and make the drink their very own, after which post pictures on social media.

“We’re on the early stages with cold beverages within the modifiers and customization, and that provides us a competitive advantage,” Mr. Schultz said. And he predicted continued profitability as more employees returned to offices and picked up their morning coffees on the best way.

Still, increased costs related to higher commodity prices and wages in addition to Covid-related shutdowns and restrictions in China put a damper on Starbucks’ overall earnings. Operating income fell 13 percent within the April-to-June quarter to $1.3 billion from $1.5 billion a 12 months earlier.

Mr. Schultz, who took over the reins of Starbucks for the third time in April, most recently from Kevin Johnson, said he and his team had spent much of the last 4 months visiting Starbucks stores all around the world and meeting with employees. Those meetings helped shape what the corporate in July deemed its “reinvention.”

Mr. Schultz also said that the corporate was interviewing potential candidates for the chief executive job and that he was more likely to stay on “so long as obligatory” to be certain the candidate had a seamless start. He said he would then make a transition to the board of directors to “mentor and help” the subsequent chief executive.