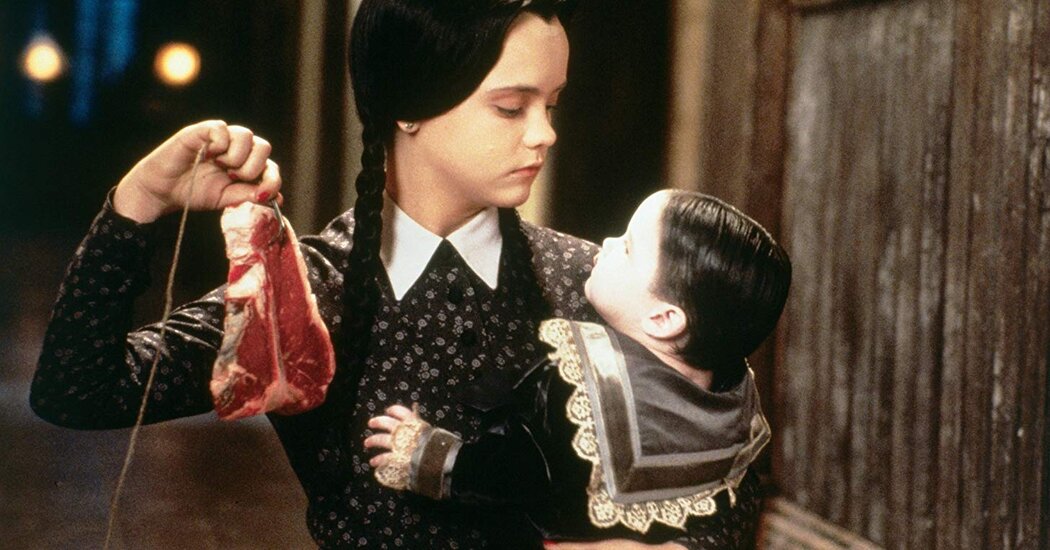 The director Peter Bogdanovich’s final narrative film is a deliberate throwback to his previous screwball comedies, replicating the dazzling energy of his 1972 smash “What’s Up, Doc,” the Recent York setting of his delightful 1981 rom-com “They All Laughed” and the quicksilver pacing of his underrated 1992 adaptation of “Noises Off.” Owen Wilson stars as a Broadway director with a soft spot for call girls, to whom he occasionally offers financial support to assist out of “the life”; Imogen Poots is delightfully dizzy because the recipient of his latest endowment. It’s not quite as much as the heights of Bogdanovich’s early efforts, however it’s hard to withstand a movie this charming, and his ensemble forged (which incorporates Jennifer Aniston, Will Forte, Kathryn Hahn and Rhys Ifans) is stellar.

One can’t help but query the timing of this particular exit, as Netflix enjoys the excitement of its original series “Wednesday” — a show that takes its inspiration from the Charles Addams cartoons and the old “Addams Family” television sitcom but especially from Barry Sonnenfeld’s darkly funny ’90s film adaptations. And when assembling this 1993 sequel, Sonnenfeld and the screenwriter Paul Rudnick clearly realized Christina Ricci’s Wednesday was the scene-stealer, constructing much of the story round her bone-dry wit (including an unforgettable summer camp section). The result’s a “Godfather Part II” of black comedy, a rare sequel that surpasses its predecessor.

The primary two sequels to “First Blood,” starring Sylvester Stallone because the Vietnam veteran John Rambo, were quintessential Reagan-era cinema, a heady brew of the ’60s backlash, social conservatism and nuance-free foreign policy typical of the time. Stallone waited 20 years to make the fourth film, titled simply “Rambo” (2008), which he also co-wrote and directed, presenting his character as a person outside of his time, brought back into motion by the tentativeness of his government. The series’s final film, “Last Blood” (2019), was firmly rooted within the Trump era, capitalizing on the fears and paranoia surrounding the border crisis. Each movies have brutal but effective motion scenes with a seemingly ageless Stallone still doing what he does well. But they’re most fascinating as snapshots of their cultural moments, and reminders of the political potency of mass entertainment.

This well-pedigreed historical Showtime drama — created by the Oscar-winning author and director Neil Jordan and starring Jeremy Irons as Pope Alexander VI — had the misfortune of premiering in April 2011, the identical month HBO debuted “Game of Thrones.” But now, with over a month to binge its 29 episodes, “Thrones” fans might find in it a recent source of upscale motion and sex, of sneering drama and ruthless political gamesmanship. Irons is on fire because the driven clergyman who ascends to papal power, and the show’s intelligent, well-researched scripts draw effective parallels between the Borgias and later families that sought and wielded political power.