Stream These 9 Titles Before They Leave Netflix in August 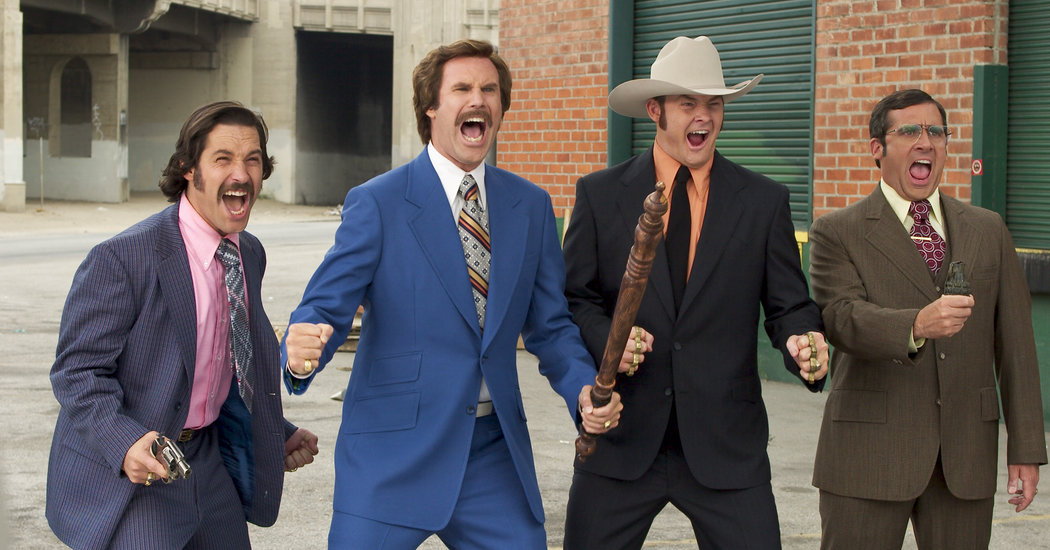 There are scares aplenty within the titles leaving Netflix in the USA at the top of the month, with two contemporary horror favorites and one absolute classic departing the service. We can even recommend a handful of first-rate thrillers, one of the quotable comedies of the twenty first century and a Kevin Costner Western that’s neither “Dances With Wolves” or “Yellowstone.” (Dates reflect the ultimate day a title is on the market.)

When this modestly-scaled haunted house movie hit theaters in summer of 2013, few could have imagined that it will not only develop into so profitable — returning $319 million worldwide on a $20 million budget — but additionally spawn a multi-movie “universe” of eight movies and counting. But that was all to come back; the pleasures of this initial entry are easy, rooted within the authenticity of its ’70s setting, the grounded performances by Patrick Wilson, Vera Farmiga and Lili Taylor and the confident direction from James Wan (particularly his execution of certainly one of the one best jump-scares in recent memory).

Clint Eastwood made a rare late-career acting-only appearance on this first-rate thriller from the director Wolfgang Petersen. Eastwood stars because the Secret Service agent Frank Horrigan, certainly one of the agents working in Dallas on Nov. 22, 1963, when President John F. Kennedy was assassinated. That connection catches the eye of a possible assassin (John Malkovich), who baits Horrigan right into a game of cat and mouse by threatening to repeat history on his watch. Malkovich was nominated for an Academy Award for his chilling turn because the ruthlessly intelligent killer, but Eastwood’s performance is the actual deal; the taciturn actor finds striking notes of vulnerability and melancholy for his guilt-ridden character.

Will Ferrell’s breakthrough vehicle was one of the culturally inescapable comedies of the 2000s, endlessly quoted and memed, and for good reason: It’s a screamingly funny comedy, taking an absurd concept (the Seventies-set story of a neighborhood “Motion News” anchor) to its absolute limit, due to a spot-on turn from Ferrell as a dopey blowhard, great supporting work from the likes of Steve Carell, Paul Rudd, David Koechner and Fred Willard, and Christina Applegate’s perfectly modulated turn as his foil turned love interest. But it surely was also the feature directorial debut of the longer term Oscar winner Adam McKay, who was already using broad comedy as cover to smuggle in headier themes (this time, of gender roles, toxic masculinity and media ineptitude).

Few megastars have mounted as many comebacks as Sylvester Stallone (certainly one of the various parallels between the actor-filmmaker and his most famous creation, Rocky Balboa). He was rebounding from an ill-advised attempt at comedy — remember “Stop! Or My Mom Will Shoot”? — when he fronted this white-knuckle thriller in 1993. The boilerplate script (which Stallone co-wrote) amounts to “Die Hard” on a Mountain, with Stallone because the rugged but desperate hero, John Lithgow because the elegant terrorist villain and the Rocky Mountains because the locale. But Stallone and Lithgow fill their roles nicely, and the director Renny Harlin (previously of, by no coincidence, “Die Hard 2”) orchestrates the mayhem with panache.

Christopher Nolan capped his Batman trilogy — and followed up “The Dark Knight,” certainly one of history’s most commercially and critically successful comic book movies — with this 2012 motion epic. It’s neither as thrilling as “The Dark Knight” nor as narratively efficient as the sooner “Batman Begins,” and it borders on bloated at nearly three hours. But there’s something boldly operatic to its ambition, to how Nolan folds in recent villains, post-Occupy politics and a decidedly unheroic tone of borderline nihilism. Tom Hardy’s Bane is a real terror, and Anne Hathaway’s Catwoman is a gem of complex sensuality.

It speaks to the prime quality of your complete series that no clear consensus seems to exist on one of the best film of the “Mission: Not possible” franchise. But there’s a robust case to be made for this, the fourth entry, which was the live-action directorial debut of the Pixar alum Brad Bird (“The Incredibles”). Tom Cruise returns as Agent Ethan Hunt, this time drawn into the complex, globe-trotting pursuit of a nuclear terrorist who frames Hunt and his team for a bombing on the Kremlin. Simon Pegg, back from Part 3, offers welcome comic relief, the brand new additions Jeremy Renner and Paula Patton add considerable spice, and two of the set pieces — the aforementioned Kremlin sequence and Cruise’s gripping climb of the Burj Khalifa — are among the many franchise’s best. (The series’s first and second installments also leave Netflix at the top of the month.)

Wes Craven went from a genre journeyman to a horror icon — and launched one of the venerable slasher franchises ever — with this 1984 creeper. Craven wrote and directed this story of suburban teens that find their dreams haunted — often with deadly, real-life results — by the neighborhood boogieman, Freddy Krueger (Robert Englund). Heather Langenkamp is the resourceful protagonist, while Johnny Depp, in his film debut, is certainly one of the more memorable victims. Subsequent sequels would highlight Krueger with greater prominence but diminishing returns, effectively turning the movies into horror-comedies. But this inaugural entry is a lean, mean, scare machine, stuffed with terrifying images and well-crafted suspense.

Twenty-five years later, Depp was at the peak of his profession, starring because the Depression-era bank robber John Dillinger on this crime epic from the director Michael Mann (“Heat”). Mann also co-wrote the script for this fact-based tale, which tells the parallel stories of Dillinger and Melvin Purvis, the F.B.I. agent using the entire tools of the agency to trace him down. Mann’s use of latest digital photography was controversial on the time, but it surely is an inspired selection, giving the image a up to date sheen that keeps it from feeling like dusty, unapproachable history.

Some good movies just suffer from rotten timing. That was actually the case with this 1994 western epic, which re-teamed the author and director Lawrence Kasdan together with his “Silverado” star Kevin Costner. Unfortunately, their film hit theaters six months after “Tombstone,” which also told the story of Wyatt Earp, Doc Holliday and the gunfight on the OK Corral. However the two movies tell the identical story in a really different way: “Tombstone” is a brisk, contemporary interpretation, emphasizing motion and thrills (it shared a director with “Rambo”), while “Earp” is an old-fashioned, character-driven western within the variety of John Ford (who made his own Earp film, the classic “My Darling Clementine,” in 1946). But time has been kind to Kasdan’s take, and the recognition of western TV dramas like Costner’s “Yellowstone” make “Wyatt Earp” ripe for rediscovery.