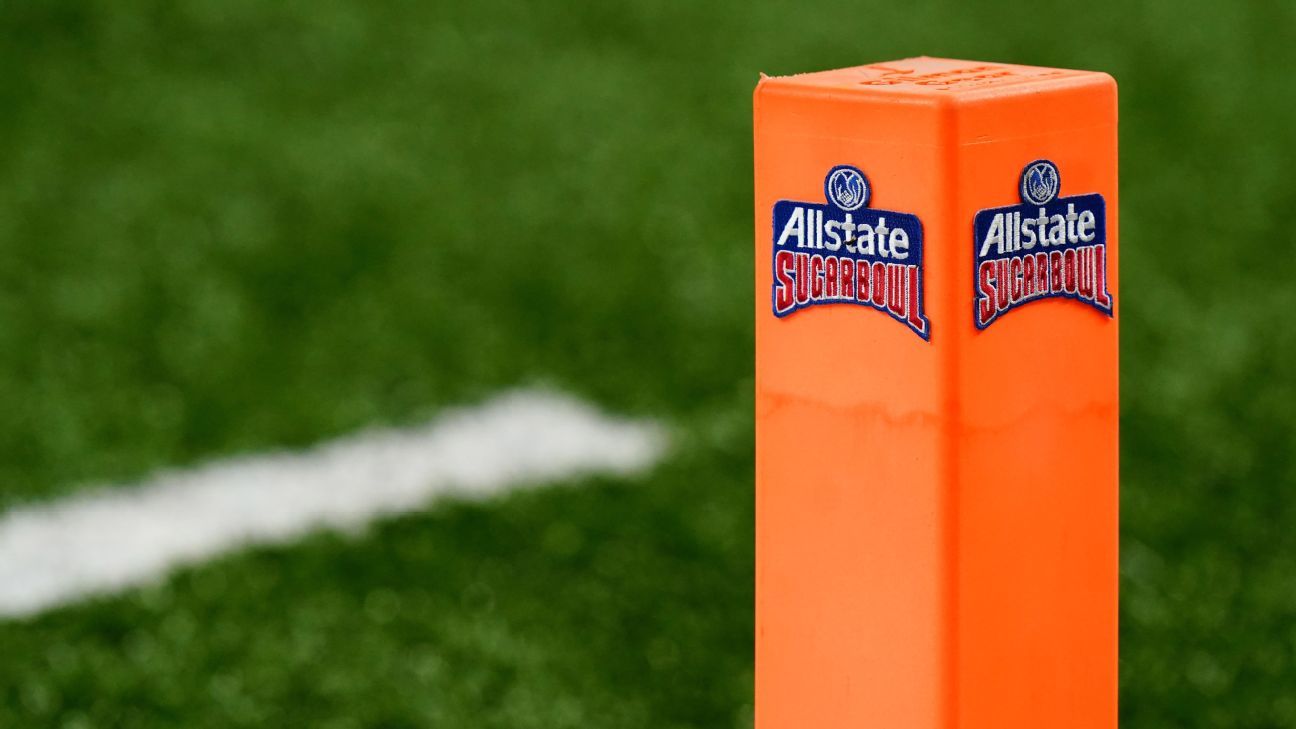 The Sugar Bowl has been moved off its usual primetime spot to noon ET on Dec. 31 to avoid a conflict with a Monday night NFL game.

The bowl schedule for the upcoming season was released Thursday.

The games begin on Dec. 16 with the Bahamas Bowl and The Cure Bowl in Orlando, Florida, and ends with College Football Playoff championship on Jan. 9 at SoFi Stadium in Inglewood, California.

The CFP semifinals can be held Dec. 31, a Saturday, on the Peach and Fiesta bowls.

With Jan. 1, 2023, falling on Sunday, the games normally played on Latest Yr’s Day were moved to Jan. 2, when the national holiday is observed. The move to Monday is common in college football to avoid conflicting with the NFL.

But ESPN found itself with a conflict that day: The NFL has scheduled the ultimate Monday regular-season game for that night, which forced a relocation by the Latest Orleans-based Sugar Bowl on the schedule.

The Rose Bowl is scheduled for a 5 p.m. EST start Jan. 2 on ESPN, and can precede the Buffalo Bills at Cincinnati Bengals game.

The last time the Sugar Bowl was played before Jan. 1 was 1995, when it was a Dec. 31 game between Virginia Tech and Texas.

The Orange Bowl can be played the night of Dec. 30, and the Cotton Bowl can even be played on Jan. 2, with a 1 p.m. ET kickoff scheduled.