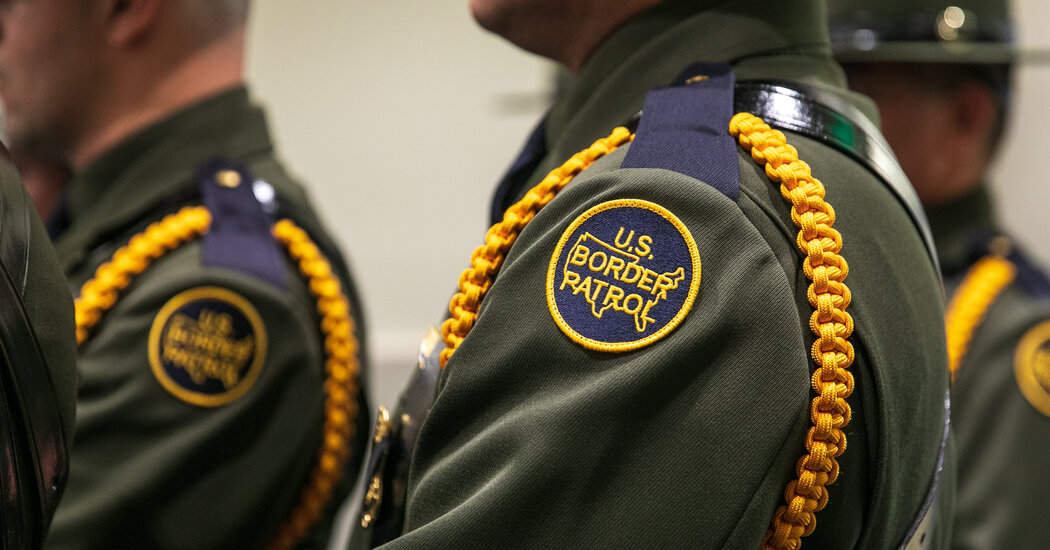 WASHINGTON — The owner of an inn on the Canadian border who said he had been assaulted by a Border Patrol agent may not sue the agent for violating the Structure by utilizing excessive force, the Supreme Court ruled on Wednesday.

The choice, by a 6-to-3 vote along ideological lines, stopped just in need of overruling a 1971 precedent, Bivens v. Six Unknown Named Agents, that allowed federal courts, somewhat than Congress, to authorize at the very least some sorts of lawsuits in search of money from federal officials accused of violating constitutional rights.

But the fundamental message of Wednesday’s decision, Egbert v. Boule, No. 21-147, was that only Congress can authorize such suits.

The case was brought by Robert Boule, the owner of a bed-and-breakfast in Blaine, Wash., called the Smuggler’s Inn. Mr. Boule said he had served as a confidential informant for the federal government, helping agents find and apprehend people crossing the border illegally.

In March 2014, he told Erik Egbert, a Border Patrol agent, that a Turkish citizen was scheduled to reach on the inn.

When the guest’s automotive reached the inn, Mr. Egbert entered Mr. Boule’s property and not using a warrant. Mr. Boule said he told the agent to depart, only to be thrown against the vehicle after which to the bottom.

Mr. Egbert inspected the guest’s paperwork and located it to be so as. That night, the guest unlawfully entered Canada.

Mr. Boule sued the agent, saying he had violated the Fourth Amendment by utilizing excessive force and the First Amendment by contacting the Internal Revenue Service and prompting an audit of Mr. Boule’s tax returns.

A federal trial judge dismissed the case, saying the Bivens decision didn’t allow the types of claims Mr. Boule pressed. The U.S. Court of Appeals for the Ninth Circuit reversed that dismissal, allowing Mr. Boule to pursue each theories.

Justice Clarence Thomas, writing for five justices, said the court has only twice prolonged Bivens, which concerned the unconstitutional search of a house in Brooklyn, most recently in 1980. In Mr. Boule’s case, Justice Thomas wrote, “the court of appeals plainly erred when it created causes of motion for Boule’s Fourth Amendment excessive-force claim and First Amendment retaliation claim.”

Justice Thomas wrote that courts should deal with a “single query” in such cases: Is there “any reason to think Congress is perhaps higher equipped” than a court to weigh the prices and advantages of allowing suits against federal officials for money?

Specifically, Justice Thomas wrote, the national security interest in border security distinguished the case before the court from strange Fourth Amendment violations. He cited a 2020 decision rejecting a suit filed by the parents of a teen killed by an American agent shooting across the Mexican border.

Justice Neil M. Gorsuch voted with the bulk but said he would have gone further. The court, he wrote, should “forthrightly return the facility to create latest causes of motion to the people’s representatives in Congress.”

Justice Sonia Sotomayor, joined by Justices Stephen G. Breyer and Elena Kagan, agreed that Mr. Boule couldn’t pursue his claim under the First Amendment. But she wrote that a Fourth Amendment claim based on the agent’s use of excessive force was permitted by Bivens.

She wrote that Mr. Boule’s case “is a far cry from others during which the court declined to increase Bivens for reasons of national security or foreign relations.”

The bulk’s efforts to invoke those interests, she added, were disingenuous.

“This case doesn’t remotely implicate national security,” Justice Sotomayor wrote. “The court might need it were otherwise, but on the facts of this case, its effort to lift the specter of national security is mere sleight of hand.”

Justice Sotomayor added that “Agent Egbert, a line officer, was engaged in a run-of-the-mill inquiry into the status of a foreign national on U.S. soil who had no actual or suggested ties to terrorism, and who recently had been through U.S. customs as well.”

Justice Sotomayor said she held out hope that some suits under the Bivens decision might still survive.

“Although today’s opinion will make it harder for plaintiffs to bring a successful Bivens claim, even within the Fourth Amendment context,” she wrote, “the lower courts shouldn’t read it to render Bivens a dead letter.”

On the subsequent page of her dissent, though, Justice Sotomayor appeared to concede that few if any such suits will likely succeed.

“The court’s decision today,” she wrote, “ignores our repeated recognition of the importance of Bivens actions, particularly within the Fourth Amendment search-and-seizure context, and closes the door to Bivens suits by many who will suffer serious constitutional violations by the hands of federal agents.”