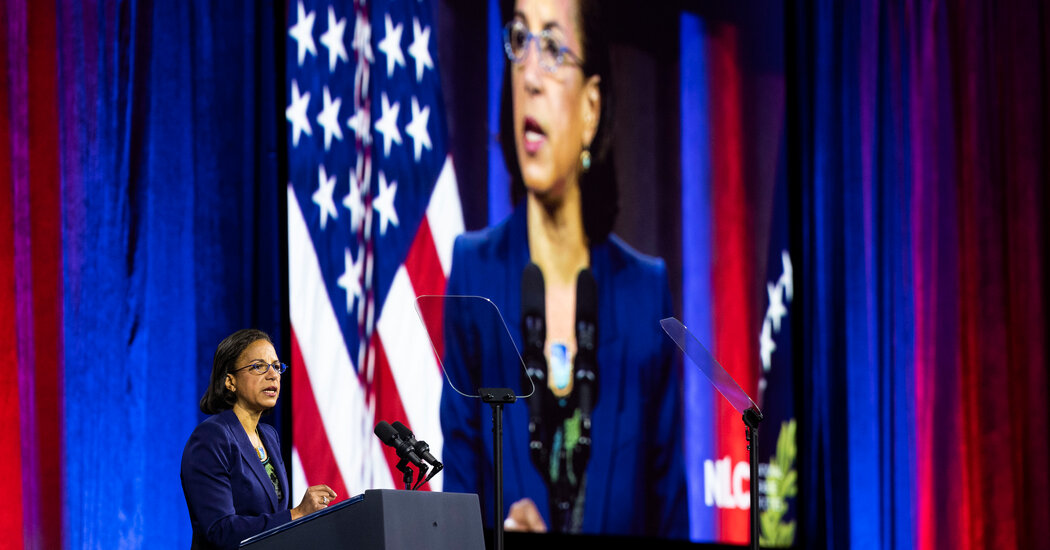 Susan Rice, the White House domestic policy adviser, has turn out to be the most recent member of the Biden administration to report testing positive for the coronavirus, announcing Monday on Twitter that she had received the result this morning.

“I’m feeling wonderful and grateful to be vaccinated and double boosted,” Ms. Rice wrote. She added that she had last seen President Biden in person on Wednesday while wearing a mask and that, in keeping with the Centers for Disease Control and Prevention guidelines, he was “not considered a detailed contact.”

An individual is taken into account a detailed contact after they have been lower than six feet away from an infected person for at the least quarter-hour over a 24-hour period, the C.D.C. guidance says.

Ms. Rice is amongst a handful of high-ranking officials and members of the media who’ve tested positive for the coronavirus, renewing concern about President Biden’s potential exposure.

On Wednesday, the State Department announced that Secretary of State Antony J. Blinken, who attended the White House Correspondents’ Association dinner on April 30, had tested positive. A spokesman for the department said that Mr. Blinken, who had mild symptoms, had not seen Mr. Biden in several days.

George Cheeks, the president and chief executive of CBS, tested positive on Thursday; he had been sitting beside President Biden on the dinner, the network confirmed on Friday.

Many had questioned whether it was advisable to pack 2,600 people right into a windowless hotel ballroom. Proof of vaccination and a same-day negative test were required and boosters were strongly encouraged, but masks were optional.

Vice President Kamala Harris tested positive in late April, but she had not seen the president for eight days before that.