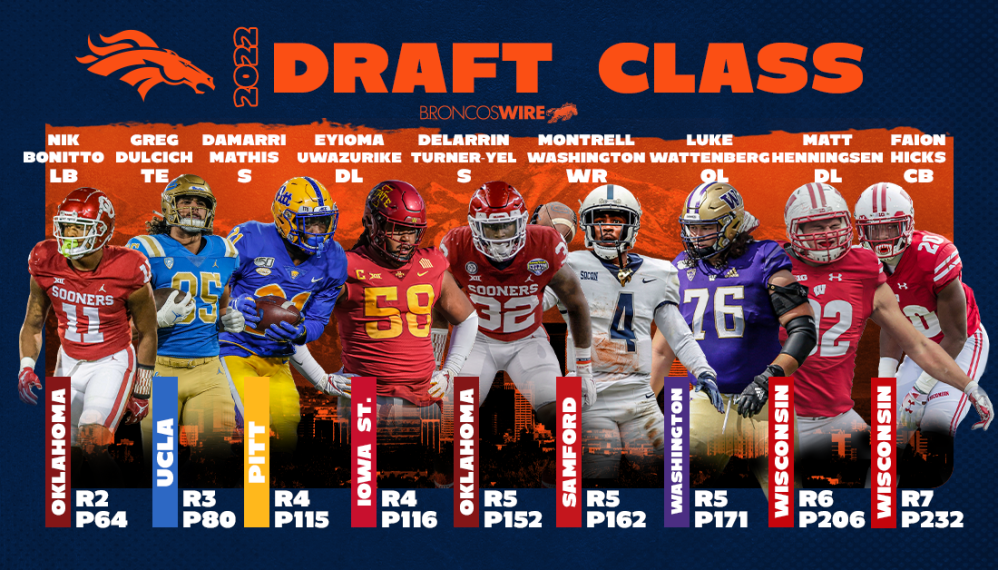 Denver Broncos GM George Paton said before the NFL draft that he’d address the third phase of the sport, special teams, and he made good on that promise with three key rookies that’ll play special teams — most notably fourth-round pick Damarri Mathis.

Because the first three rounds of the NFL draft are the starter roles, Day 3 picks — Rounds 4-7 — typically must show depth chart duality by having the ability to play special teams. And Paton’s counting on it.

”Special teams is an enormous emphasis the [third] day, starting with Mathis and you’re employed all the way down to [Delarrin] Turner-Yell,” Paton said. “Turner-Yell goes to be a very good special teams [player]. Then [Montrell] Washington, we feel like he generally is a duel returner for us. He’s explosive. I mean, just watch him against Florida. He’s explosive. He’s.

“It was a significant emphasis. I applaud [special teams coordinator] Dwayne Stukes for the work he and [assistant] Mike Mallory put into it — their evaluations. I feel they’re each joyful today because I feel we improved our special teams.”