Terry Hall, a Face of Britain’s Ska Revival, Is Dead at 63 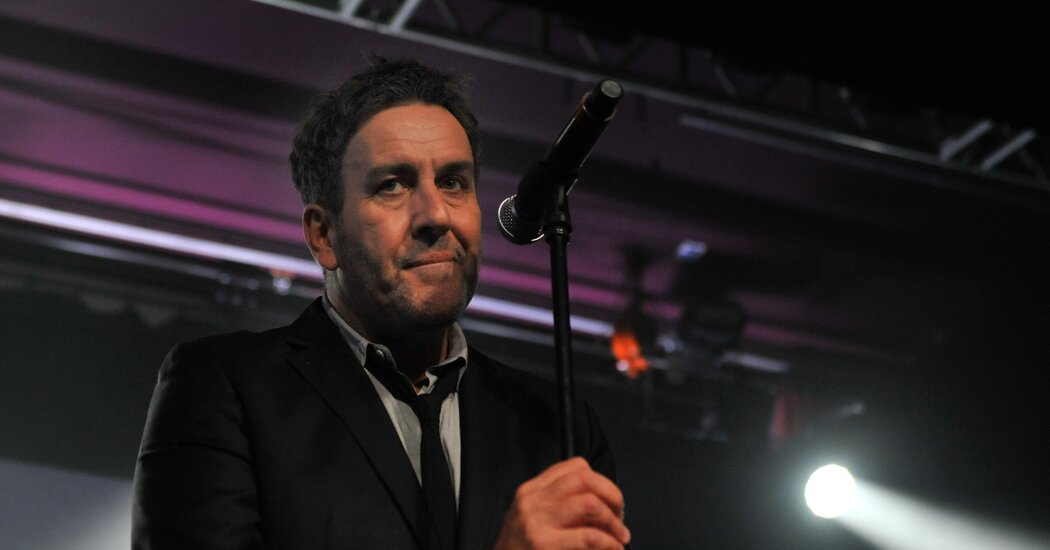 Terry Hall, the frontman of the Specials, the British ska band that blended pub-fight energy with socially conscious lyrics that explored the political and racial tensions of Britain within the late Nineteen Seventies and early ’80s, died on Dec. 18. He was 63.

The cause was pancreatic cancer, his former bandmate Horace Panter announced on Facebook. The announcement didn’t say where he died.

After enduring a traumatic childhood, Mr. Hall went on to enjoy a chart-topping music profession.

He forged his most lasting legacy as a face of the revival of ska — the pop genre that emerged in Jamaica within the Nineteen Sixties, mixing Caribbean styles like calypso with rhythm and blues — that shook the British music scene throughout the early, convulsive Margaret Thatcher years.

The Specials were key figures within the movement, together with Madness, the Selecter, Bad Manners and the Beat (or the English Beat, as they were known in america to tell apart them from the American band of the identical name).

Clad within the fashions of Jamaica’s slickly attired rude boys — often with tapered suits, skinny ties and porkpie hats — the Specials sounded off about racial injustice, soaring unemployment and ultra-right-wing violence over a rave-up party sound that left sweaty audiences in a frenzy.

Hole-eyed and phlegmatic, Mr. Hall channeled outrage with a vocal style that always made it sound as if he were spitting weary invective as much as singing.

The band released its debut album, produced by Elvis Costello, in 1979, two years before racial unrest rocked cities throughout Britain. With five white members and two Black ones, the Specials “were a celebration of how British culture was invigorated by Caribbean immigration,” Billy Bragg, the British singer-songwriter known for his leftist politics, wrote in a social media post after Mr. Hall’s death.

“However the onstage demeanor of their lead singer was a reminder that they were in the intense business of difficult our perception of who we were within the late Nineteen Seventies,” Mr. Bragg added.

Mr. Hall believed that England needed a band to vocalize the country’s unease on the time. “What I didn’t realize,” he said in a 2020 interview with the music author Pete Paphides, “was that it is likely to be us.”

Even when topping the charts, Mr. Hall and the band showed little interest in becoming a part of the London entertainment machine.

Proudly based in Coventry, a rough-and-tumble industrial city within the West Midlands known for its automobile factories and its sizable West Indian population, the Specials scarcely paid lip service to the frothy trends bubbling up from the banks of the Thames.

“We’ve got all the things we would like here,” Mr. Hall said in a television interview in 1980, when he was at the height of his fame but still living together with his parents. “There’s a studio here, there’s a train station, that’s all we’d like.”

As for London, he said: “There’s nothing for me, or for any of us; there’s no point in hanging around trendy London clubs until 4 within the morning. I’d moderately stay in and watch telly.”

Along with his star turn with the Specials, Mr. Hall scored 4 Top 10 hits in Britain with Fun Boy Three, a deadpan and oddly experimental recent wave group he formed in 1981 with the Specials’ other vocalists, Lynval Golding and Neville Staple. In 1983, the band hit No. 7 with its cover of “Our Lips Are Sealed,” a 1981 hit for the Go-Go’s that Mr. Hall wrote with that band’s Jane Wiedlin, whom he briefly dated.

Terence Edward Hall was born in Coventry on March 19, 1959. His father, Terry Hall, Sr., worked at a Rolls-Royce aeronautics plant, and his mother, Joan, worked at a Chrysler factory.

Growing up, Mr. Hall was a standout student and soccer player, but he spent his youth fighting inner demons. In 2019, he revealed a childhood trauma that he said sent him right into a spiral of depression and substance abuse that lasted years.

In an interview with the British magazine The Spectator, Mr. Hall said that “Well Fancy That!” — a 1983 song by Fun Boy Three a couple of harrowing sexual encounter — was in regards to the time he was kidnapped and abused by a teacher.

“It was about an episode where I used to be abducted, taken to France and sexually abused for 4 days,” he said. “After which punched within the face and left on the roadside. At 12, that’s life-changing. I still have that illness today and I’ll still have it in 10 years’ time, and it’s essential for me to discuss that.”

Prescribed Valium to take care of the emotional fallout, he soon became addicted. “Which meant I didn’t go to highschool, I didn’t do anything,” he recalled. “I just sat on my bed rocking for eight months.”

Music was an escape. Within the late Nineteen Seventies, Mr. Hall joined a Coventry punk band called Squad, which brought him to the eye of Jerry Dammers, a songwriter and keyboardist who was in a band called the Automatics. That band would evolve into the Specials, with Mr. Hall taking lead vocals.

“We didn’t even know who was going to play what,” he later said. “We passed around all of the instruments until we found what we were comfortable with. I wasn’t comfortable with any of them, so I became the singer.”

The Specials, an unstable collection of members with different backgrounds and agendas, unraveled after “Ghost Town.” The remaining members regrouped without Mr. Hall because the Special AKA and scored a Top 10 hit in 1984 with the up-tempo protest song “Nelson Mandela.”

But Mr. Hall’s profession was removed from over. After Fun Boy Three disbanded, he helped form Colourfield, a pop band based in Manchester, in 1984. The Colourfield’s sunny love song “Considering of You” hit No. 12 in Britain the subsequent 12 months.

In 1990 he formed one other band, Terry, Blair & Anouchka, which released one album, “Ultra Modern Nursery Rhymes.” He later formed a band called Vegas, with Dave Stewart of Eurythmics, and likewise collaborated with the Lightning Seeds, Gorillaz and other acts.

Mr. Hall eventually drifted back to his roots with a recent incarnation of the Specials, including Mr. Golding and Mr. Panter, that released an album, “Encore,” in 2019, that handled contemporary racial issues, including the Black Lives Matter movement. The pandemic interrupted plans for a reggae follow-up in 2020.

In 2021, the band detoured from its ska roots with an album of covers called “Protest Songs: 1924-2012,” which included a honky-tonk cover of the Staple Singers’ 1965 civil rights ode “Freedom Highway” and a country-inflected version of Malvina Reynolds’s “I Don’t Mind Failing in This World.”

By that 12 months, the band was set to proceed with its delayed reggae album. But in October, The Guardian reported, Steve Blackwell, the band’s manager, disclosed that Mr. Hall had pancreatic cancer that had spread to his liver. Treatment didn’t stem the disease.

Mr. Hall is survived by his second wife, Lindy Heymann; their son, Orson; and two sons, Theo and Felix, from his first marriage, which led to divorce.

By the tip of his life Mr. Hall had not entirely escaped his demons, but he had made a certain peace with himself, and together with his role as half-willing pop star.

When asked by The Spectator if he derived any pleasure from performing, he responded: “Absolutely none. That’s why I do it.”

He quickly amended that. “I actually do enjoy that thing onstage where I turn round and I’ve got Horace and Lynval, who I’ve known most of my life, and we’re sharing something. That’s my night out. Don’t get out much.”