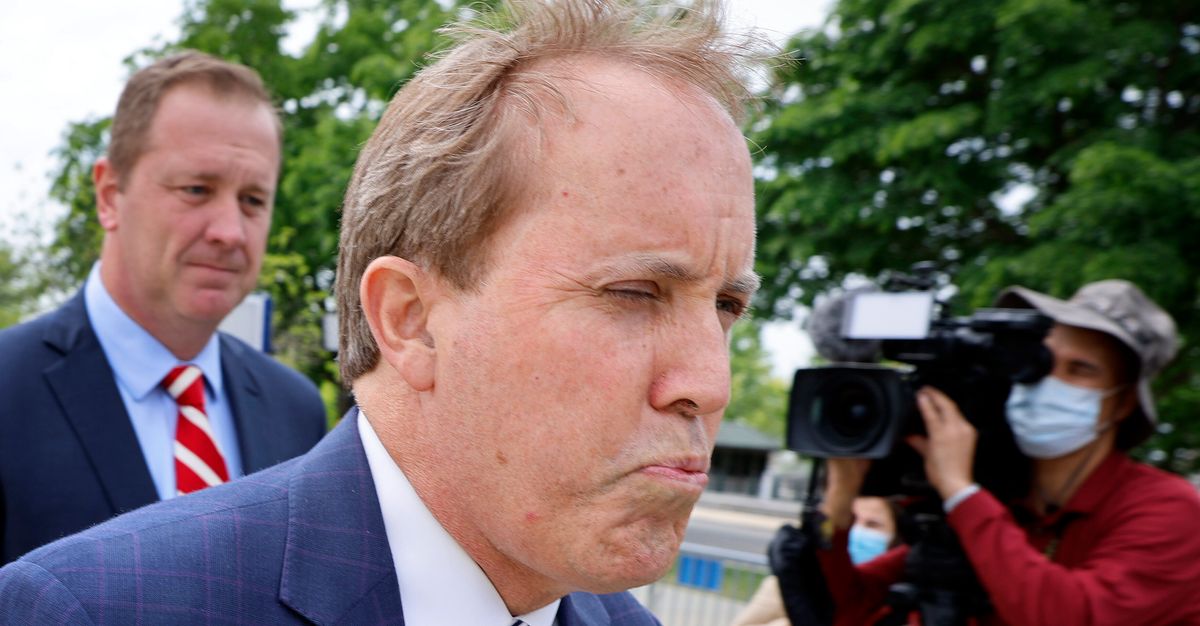 While you mess with Texas, sometimes it runs away and pretends it’s not home.

Process server Ernesto Martin Herrera testified in a sworn affidavit that Paxton “refused to just accept” the documents when he was confronted with them Monday morning and as a substitute literally ran away, then fled in a truck driven by his wife, Republican state Sen. Angela Paxton.

Herrera said he saw Ken Paxton in the home when he first approached the residence about 8:30 a.m. and told his wife when she answered the door that he “was attempting to deliver essential legal documents” to the attorney general.

“When [Ken Paxton] saw me,” Herrera said, “he turned around and went back to where he got here from.”

Angela Paxton responded that her husband was on the phone, at which point Herrera left a business card and offered to attend.

“I walked up the driveway approaching Mr. Paxton and called him by his name,” Herrera testified. “As soon as he saw me and heard me call his name out, he turned around and ran back contained in the house.”

About 10 minutes later, Sen. Paxton entered the garage as a substitute and proceeded to open a rear door on the truck for the attorney general to quickly duck into.

Soon after, Herrera said, “Mr. Paxton ran from the door contained in the garage” to the truck, ignoring the method server as he “loudly” stated he had court documents.

Herrera placed the documents on the bottom beside the truck, and the Paxton family drove away.

The attorney general attempted to defend himself Tuesday, portraying his actions as a matter of non-public safety.

“A wierd man got here onto my property at home, yelled unintelligibly, and charged toward me,” Paxton said in an announcement. “I perceived this person to be a threat because he was neither honest nor upfront about his intentions.”

“On condition that this suspicious and erratic man charged me on my private property, he’s lucky this example didn’t escalate further or necessitate force,” he added.

In separate tweets, Paxton also disparaged a report on his behavior by The Texas Tribune as “a ridiculous waste of time” and said “the media ought to be ashamed of themselves.”