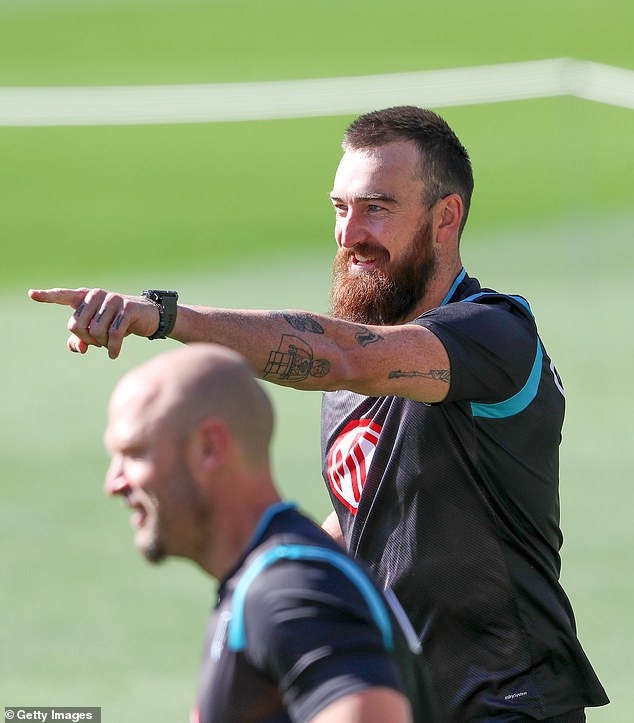 The ‘absolute s**t show’ that had Port on the back foot before their St Kilda clash even began: Charlie Dixon fumes over lead-up to must-win match

Charlie Dixon has blasted the logistical ‘s***show’ which unsettled Port Adelaide ahead of their must-win match against St Kilda in Cairns.

The Power set off for North Queensland on Thursday but didn’t make it to their destination until Friday, owing to a diversion to Sydney due to a business partnership with Virgin.

The airline doesn’t offer a direct flight from Adelaide to Cairns, so after spending the night in Recent South Wales, Ken Hinkley’s side travelled north and took part in a captains run as soon as they arrived at Cazaly’s Stadium on Friday. 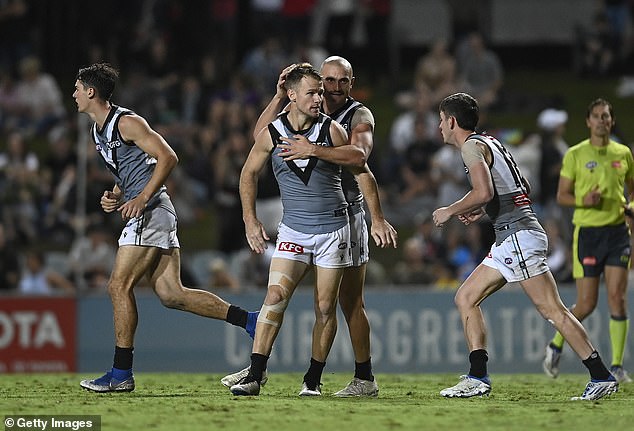 St Kilda had touched down 24 hours before their rivals, giving them more time to acclimatize ahead of Saturday night’s Round 7 contest.

‘It’s little bit of an absolute s**t show on the minute,’ Dixon fumed via Adelaide Now.

‘However it is a bit silly, there’s a direct flight. I do know we now have a partnership with Virgin but to get people where they should be right away and keep us out of harm’s way you’d think they might put us on a Jetstar flight. 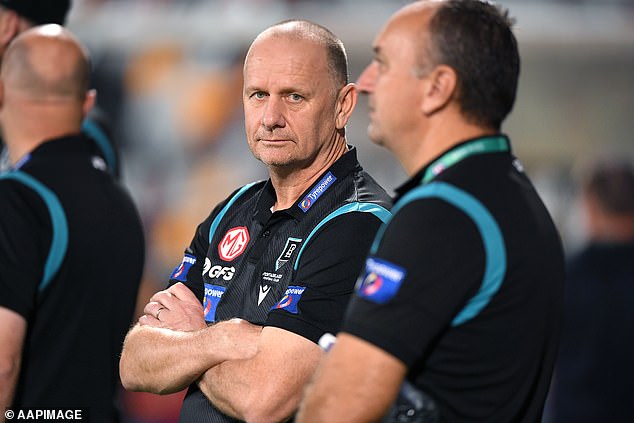 ‘We’re up there, can get a correct training session in and the boys can calm down.’

Power coach Hinkley admitted that his side had undertaken an ‘unusual flight plan’, adding: ‘However it is a plan that we are able to address.’

Port want to register back-to-back wins against the high-flying Saints in Cairns. The Power finally picked up their first win of the season last weekend, beating West Coast Eagles.