The Art of Disappearance – The Recent York Times 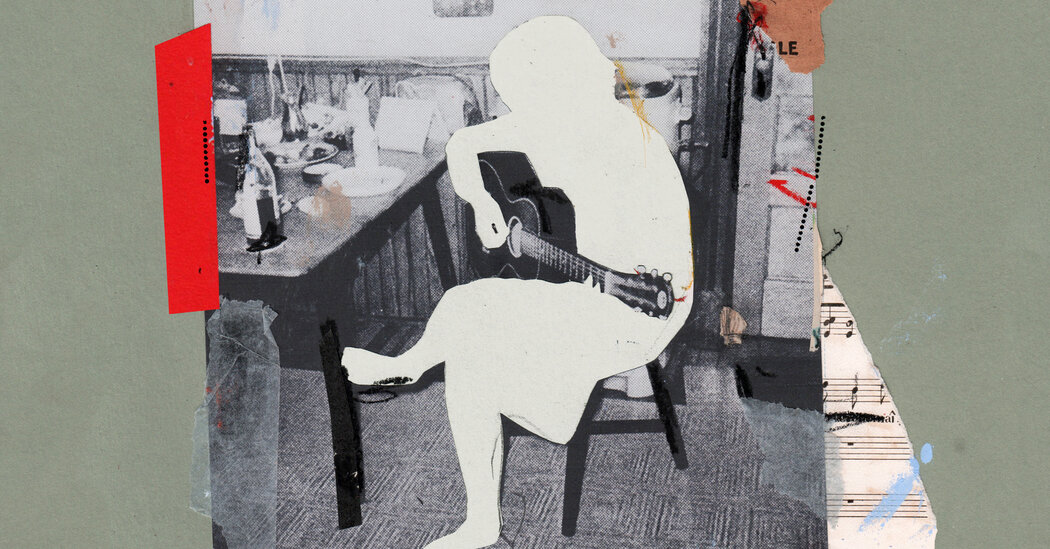 Within the 2014 documentary “We Lived Alone,” Philip reads a letter his sister left behind. The language within the letter is very similar to the language in her songs, poetic and direct. Speaking of things as they’re, not as she dreamed they could possibly be: “I’ve watched the elegant, energetic people of Ann Arbor, those I do know and people I don’t, going about their each day business on the streets and within the buildings, and I felt a detached admiration for his or her energy and elegance. If I ever was a member of this species perhaps it was a social accident that has now been canceled.” In one other letter, she wrote: “Let me go, let me be if I can, let me not be if I can’t.”

Beautiful and jarring and haunting as it could be, what has most remained for me, behind my mind at a low hum, is its opening: Let me go, let me be if I can, let me not be if I can’t.

A couple of decade after her disappearance, Converse’s family hired a non-public investigator to seek out her, or to not less than confirm whether she’d taken her own life. Within the documentary, Philip says that the investigator declined, telling the family that even when he did find Connie, it was her right to vanish. He couldn’t bring someone back who didn’t need to return to the place from which they fled.

To drill down on the definition of “being alive,” I even have all the time come to a core definition that I can understand and make peace with: being someone who participates within the ever-shifting world. But I don’t have any control over the world, and I don’t mean only the world within the sense of a blue rock twirling along limitless dark. I also mean the smaller worlds. The worlds of the country I live in, the worlds of my city, the worlds of my neighborhood. There are edges of those worlds concurrently sharpening and softening, even now, and I have no idea which edges they’re, or once they’ll come for me or comfort me, depending on their intent. And so I determine that living, then, can be a contract. I’ll stay for so long as I can, and I hope it’s a great, very long time. I’ll stay so long as staying gives greater than it takes.

Within the times I’ve not desired to stay, I even have been showered with familiar platitudes. I’ve been told I even have “loads of life left,” or I’ve been told to take into consideration all of the individuals who will miss me after I’ve gone. Once, a physician who was tasked with keeping me alive for longer than I desired to be on the time told me to ascertain my funeral. It didn’t work, because I’d buried enough people I’d loved by that time. I had begun to imagine within the funeral — not less than because it serves the still-living — as a portal. Something you enter with one understanding of grief, and exit with a more recent, sharper understanding of grief. I started to imagine the funeral as an easy moment of transience, not of any grand enough consequence to maintain me grounded in an unsatisfying life.

I even have still not gotten good at explaining this to anyone who has all the time desired to be alive, or not less than individuals who have rarely questioned their commitment to living, but there’s a border between wanting to be alive and wanting to remain here, wherever here is to you, or whatever it means. It’s a border that I even have found to be flimsy, a skinny sheet overrun with holes. However it is a border, nonetheless. Just like the border between, say, sadness and suffering. All these feelings can intersect, in fact. But I even have found it barely more confusing once they don’t. After I perhaps need to be alive, but don’t need to be on the planet because it is. After I haven’t desired to be alive, but need to cling to the various bits of brightness that tumble into my sadness, or my suffering, which isn’t similar to a brief haze of sadness, or a rush of tension. I mean suffering that requires a relentless measuring of the scales between staying and leaving. Suffering that requires a consideration of how long the dimensions can tilt toward leaving before it becomes the one viable option. There are loads of things in any life that aren’t left as much as the people doing the living. If there’s anything for a suffering person (or any person) to self-determine, it needs to be how they live, or in the event that they decide to live in any respect.